Letter to the Editor: What hinders Vanderbilt from becoming a world-class institution?

A response to VPR’s April op-ed “What Do We Gain from Allowing Chinese Espionage?” 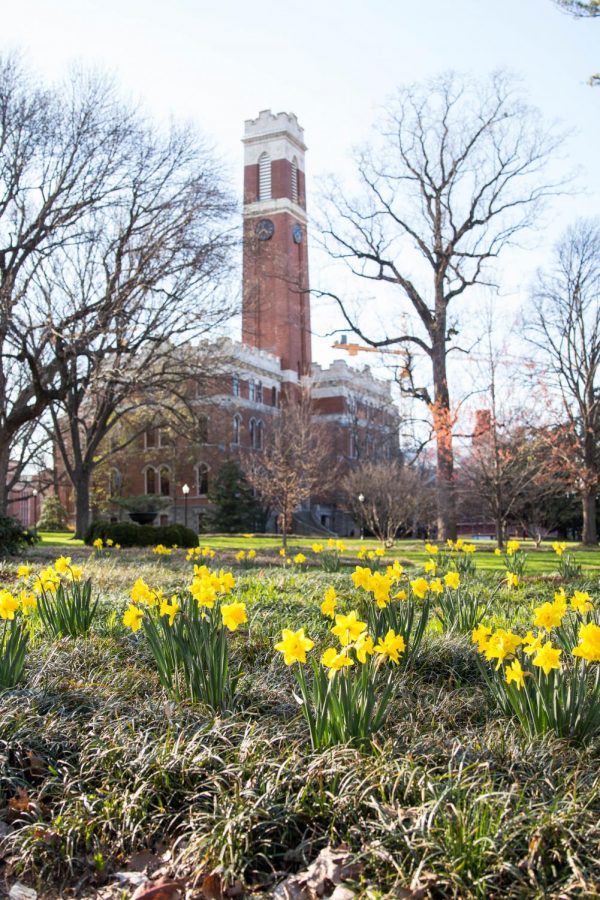 I didn’t know how to respond when I initially saw an article explode on Wechat, the most popular Chinese social media. It gathered thousands views and dozens of comments. The title? “What do we gain from Chinese espionage?” It was published on Vanderbilt Political Review, a student media platform at my alma mater. I asked myself many questions. Shall I remain silent just as I was taught in China? Or, shall I speak up as I learned from my activism at Vanderbilt? Will my non-Chinese friends understand the severity of the situation? Will the university take seriously the ripple effect caused by the article? My alma mater became famous again in China, known for this article full of false accusations and stereotypes, typical of Trump’s America. A news article on this incident was viewed by 8.63 million times. In the more distant Chinese media, they don’t care whether this opinion represents the official position of the school or of one Vanderbilt student. The message was compressed: it came from Vanderbilt – people afar don’t distinguish.

As a Vandy alum, I feel obliged to step out of my comfort zone and speak up. When my Vanderbilt classmates threw that “espionage” label to generalize all Chinese international students on campus, it was completely dehumanizing and unacceptable. It is the same to say “all Muslims are terrorists,” or “all Protestants are colonists.” I can only speak for my own feelings; but what does this article mean to hundreds of my fellow Chinese International students and alum? What does this mean for the Chinese American students? Will they be accused of being the descendants of spies? Does being American only look a certain way, which excludes being Chinese? Or not being Asian?
I care about Vanderbilt as a Chinese alum because we have a long way to go in battling the bigotry of this country.
Prior to coming to the U.S., I romanticized a country of free speech, respect and equality – just as the Constitution describes. My idealist expectation was immediately shattered upon moving to Nashville. As such, this was not my first time, nor even my hundredth time, dealing with this aggression toward my racial and cultural upbringing. I was called “the most Asian Harry Potter” by a drunk Predators fan. During my summer in D.C., I sat in a work lunch with some of the most experienced lobbyists on Capitol Hill – they asked me the most culturally insensitive questions about China. At one moment, I questioned myself: Was this the America I signed up for – full of ignorance and insensibility?

I care about Vanderbilt as a Chinese alum because we have a long way to go in battling the bigotry of this country. Vanderbilt has given me many opportunities, from allowing me to launch my own startup to selling my first products to introducing bike-sharing at the school. The administration was open to students’ voices like mine. Before I graduated last year, Vanderbilt featured me as one of the student spotlights, sharing how I combined my passion for sustainability and entrepreneurship thousands of miles away from home. While I am grateful for the opportunities and recognition Vanderbilt provided me, Vanderbilt also forced me to learn to live as a minority in an environment lacking in inclusion.

As I celebrated my one-year anniversary of moving to Yale for graduate school, I pondered on Vanderbilt’s fetish of becoming a world class academic institution, like Harvard or Yale. What is Vanderbilt missing that keeps it from getting there? From my perspective, it is not the federal grants or the cutting-edge research. The biggest challenge is the lack of international exposure and the resulting shallow understandings of foreign worlds among certain people on campus.

Yale has a historic relationship with China, informally beginning in 1854. It was the first school in the U.S. to accept a Chinese international student, and the President (equal to our Chancellor) spoke up for international students amid the strong narrative against Chinese international students in STEM from the Trump administration. Conversely, it took Vanderbilt administration days to respond to this VPR article, and the university attempted to draw the line between personal opinions and official standing, saying that “viewpoints expressed in the article do not reflect those of the university.” However, regular Chinese readers may not be able to distinguish between one particular Vanderbilt student and the official school standing – that is, until the administration makes a crystal clear statement against the article.

I hope for the best for my beloved Vanderbilt. We will see how long it takes for the administration to respond adequately.