Students want focus on diversity, inclusion from next chancellor

At a town hall meeting with members of the Chancellor Search Committee, students emphasized the need for a progress-focused leader 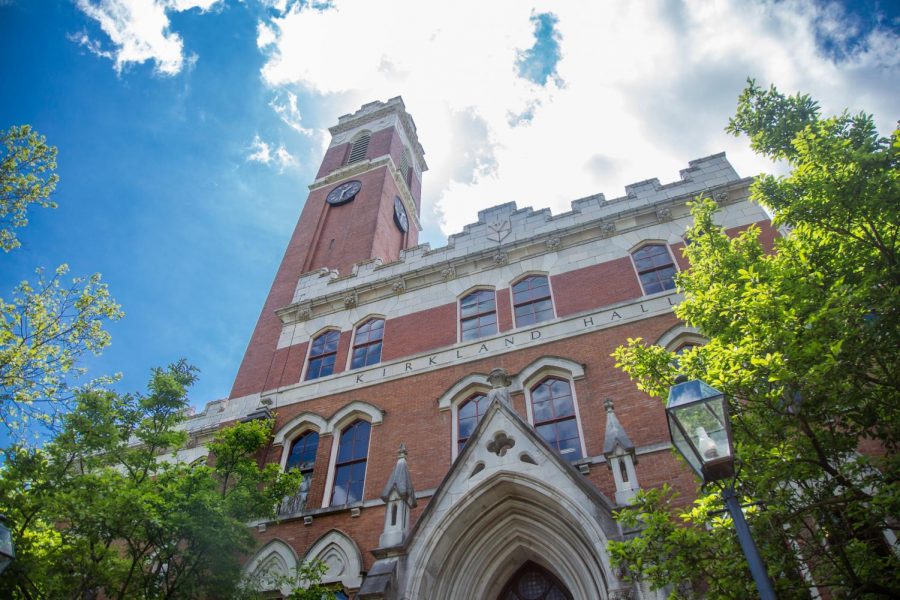 Students had their final opportunity to provide their direct input regarding Vanderbilt’s future leader to members of the Chancellor Search Committee Sept. 9 at a town hall style meeting with Board of Trust Chairman Bruce Evans and John Geer, Dean of the College of Arts and Sciences.

The search process is supported by Spencer Stuart, an executive search consulting firm, and presently consists of two committees. The Chancellor Search Committee is tasked with finding and assessing candidates for the position and will ultimately recommend the final candidate to the board for approval. The second group, the Chancellor Search Advisory Committee, conducts listening tours and collects feedback from concerned parties across campus and has no contact with the potential candidates for the chancellor job, save for five members of the advisory committee who also serve on the search committee.

From various listening sessions and an online feedback form, which Geer said had more than 1,500 responses shortly before closing Monday night, the two administrators said, largely, that the community was interested in finding a chancellor that will focus on equity, diversity and inclusion, sustainability and continuing university initiatives like the residential college projects and the financial aid program, Opportunity Vanderbilt.

“The job that Nick Zeppos did was pretty amazing,” Geer said.

Multiple students at the town hall brought up diversity as a key concern for the university, both in terms of mission of the next chancellor and in the search process itself. Evans said that the search committee is focused on making the process an equal opportunity search, and that the committee itself was selected to represent diverse perspectives.

Students also emphasized the need for an inclusive focus, saying that while Vanderbilt has done work to create a more diverse student body, the support minority students receive and the experiences they have are often lacking. Geer responded, saying that he and others in the administration were very aware that the school is not “doing as good a job as we should” towards those goals of inclusion, and that while inclusion will certainly be a focus of the chancellor search, it is already a priority for the campus strategic plan as a whole.

Other concerns, like financial inclusivity, international reputation and global presence, the fiscal focus of the university and the advancement of graduate and professional schools were all brought up by audience members as priorities to include in the search process. Geer and Evans responded to each, saying that they were taking into account all of those issues and that many of those concerns were brought up in other listening sessions and the feedback form.

Ultimately, Geer and Evans told the audience, the search committee is looking for a candidate that fits into Vanderbilt’s strategic mission and goals already in place, and is doing so by presenting those ideas to potential candidates and gauging the degree to which they respond to those priorities. A large portion of their criteria for the future chancellor, the two said, will be looking at a candidate’s record of advancing goals like inclusion.

The formal interview process for candidates will begin in October, though the search process will remain completely confidential. The reason for this, Evans said, is because the committee is looking at individuals from all over the country who are already have jobs in the types of positions that would qualify them for a chancellorship, and they would rather it not be known they are looking elsewhere.

With the online feedback form now closed and the community listening period completed, the advisory committee is spending the week finalizing its report.