THORNTON: Is Vanderbilt the Harvard of the South or is Harvard the Vanderbilt of the North?

Despite increasing evidence that standardized testing isn’t a good indicator of success at college and presents multiple biases, most top 50 colleges still use it in the admissions process. Are we really going to let Harvard be the leader in excluding it, Vandy? 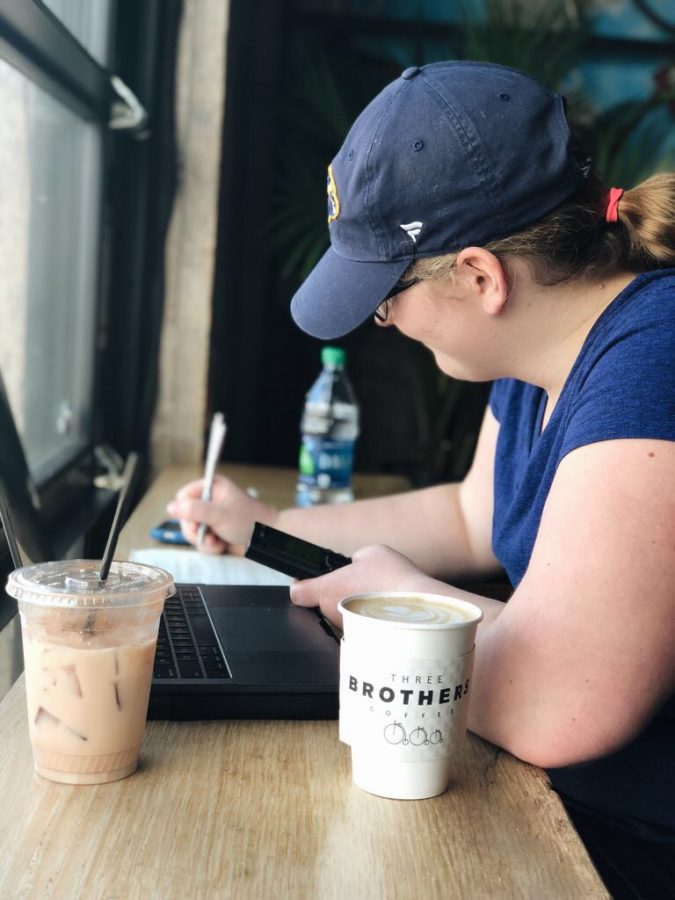 Harvard was the first school to initiate the worst nightmare of the modern-day high school junior: the SAT in 1934. These three simple letters that alone increase stress, anxiety, depression, sleeplessness, low self-esteem and even cause students to lose eyelashes due to stress, according to a study by The Guardian.

Before it was required in the admissions process, it was only used for Harvard’s scholarship purposes. Prior to that, the SAT prototypes were the Army Alpha and Army Beta tests, assessments used during World War I to ensure that potential soliders weren’t too dumb to enlist. As I learned in Gen Psych, the Army Alpha (for the literate English speakers) asked random things about American culture like the name of popular cigarette brands and the Army Beta (for the illiterate or non-English speakers) measured potential soldiers against “men in institutions for the feeble-minded” (aka asylums) using charts, mimes and pictures. Both tests were created by a duo of men including Carl C. Brigham who eventually administered the test for scholarship purposes to Princeton freshmen. Harvard later adopted the test for admissions.

The SAT doesn’t measure college readiness or (as we’ve known for decades) intelligence, as argued by Forbes. Rather, it measures SAT test prep and how well one has been coached to take it. Expensive test prep and tutors available only to the top portions of the income bracket, skew different demographic groups’ chances of doing well on the test.

It is true that many just do well as a result of studying or natural apt. Many, including Vanderbilt’s Dean of Admissions, Douglas Christiansen, argue that because of this, a profuse number of disenfranchised, first-gen and minority students can get into prestigious universities with great test scores.

Christiansen also notes that our use of standardized tests in admissions doesn’t hurt our diversity, citing Vanderbilt’s “sky high women in engineering,” as well as our steadily increasing racial diversity and international students on campus. He attributes this progress to a product of our holistic admissions process and the correct way Vanderbilt implements the SAT: by using it along with GPA as an indicator of college success.

“When we look at our underrepresented students across the board that we have some of the highest in the country,” Christiansen said. “So it [the SAT] is not a barrier if it’s used properly.”

However, data shows that the SAT tends to hinder diversity more than it helps it. According to a recent study by The Center on Education and the Workforce, with test-only admissions, the share of White students at top colleges would rise about 10 percent and the combined share of Black and Latino students would decrease almost 10 percent. Additionally, data from a 2014 study by William Hiss, a former Dean of Admissions for Bates College (a test-optional school), shows that whether students submitted SAT/ACT scores made little to no difference in their college success. The data also showed that students who were more likely to not submit their scores were “minorities, women, students with Learning Differences, Pell Grant recipients and first-generation college-goers.” Despite the surface-level good intentions the original test had, it is becoming clearer and clearer that standardized testing is doing more hurting than helping disenfranchised students.

Moreover, our diversity could be even higher, not just demographically, but interest-wise if Vanderbilt became test-flexible. Test-flexible policies allow for a student to submit different tests in place of the SAT or ACT, like subject-tests, AP exams, IB scores and more. The rationale behind this is that if a student can demonstrate subject mastery, these tests can instead reveal particular academic interests and motivations. This way, students can send in scores on exams in subjects they actually like and plan to center their major around.

Vanderbilt, however, likely won’t be test-optional in the near future, according to Christiansen. Nevertheless, as Vanderbilt changes the university’s chancellor, maybe it’s time to change the way we do admissions too. Are we going to pioneer a new and less biased way of admitting students? Or let Harvard set the precedent? Are we the Harvard of the South, Vandy? Or will we take the lead as test-optional trailblazers and allow Harvard to follow suit as the Vanderbilt of the North?