Vanderbilt has a legitimate three-headed monster at the skill position spots, and they hope to propel this offense to success in 2019. 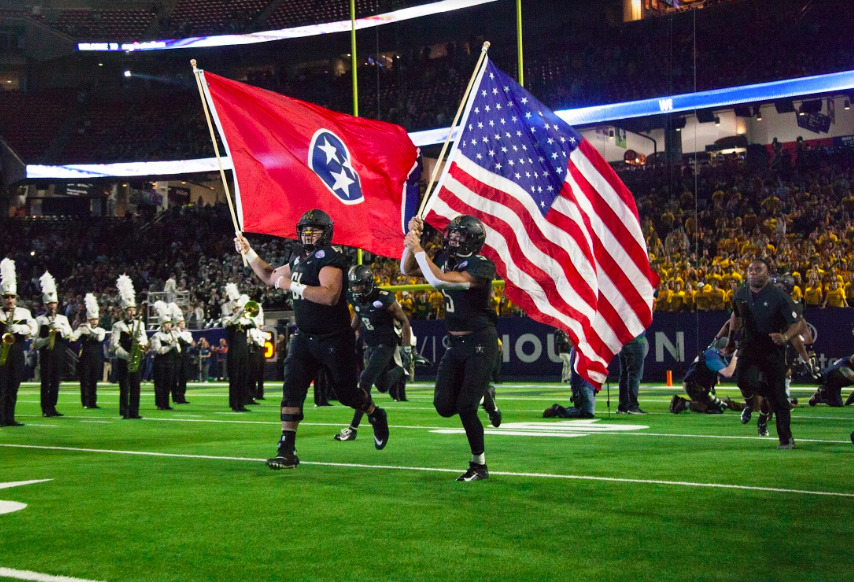 If you follow Vanderbilt football in the slightest, you know about the team’s powerful trio of Ke’Shawn Vaughn, Kalija Lipscomb, and Jared Pinkney.

The three of them, who were each voted on a preseason all-conference team, will be charged with leading a Vanderbilt offense that will have a new quarterback as well as an inexperienced offensive line. Based on last season’s numbers, it appears that the trio will be more than up to the task.

“These three are proven in this conference,” said coach Derek Mason at SEC Media Days. “We look forward to seeing exactly what these three guys will do in 2019 as they lead our football team.”

Vaughn’s performance in 2018, particularly at the end of the season, was nothing short of spectacular. His six rushes of 60 yards or more led the entire nation. Despite being eighth in the SEC in carries, he finished third in rushing yards with 1,244. Additionally, Vaughn’s 12 rushing touchdowns from last season are the most of any returning SEC running back (with the exception of Scottie Phillips from Ole Miss who also had 12).

“Ke’Shawn proved, when he stepped on the field a year ago, that he’s one of the best backs in the country,” said Mason at SEC Media Days. “He’s a three-dimensional running back who can run, block, and catch. I mean, he can do it all.”

Lipscomb provides consistency and reliability as well as a knack for coming up with big catches at crucial times. Last year, he led the conference in receptions with 87 which was also good for twelfth nationally. He also finished third in the SEC in total receiving yards with 916.

To round out Vanderbilt’s Big Three, Pinkney, who was named a second-team preseason All-American, is as an effective of a pass-catcher as almost any wide receiver. The tight end’s 774 receiving yards in 2018 were good enough to finish 11th overall in the SEC and second among tight ends. Additionally, he ended last season with 50 receptions, the most of any tight end in the conference.

“He may be the best inline blocking tight end and pass catching tight end in the country, and I make no bones about that,” said Mason of Pinkney in July.

While each player individually is a first-rate talent, it’s when you put the trio’s production together that things get really terrifying for opposing teams.

The three players combined for 3,179 total yards and 31 touchdowns in the 2018 season. Missouri’s Larry Rountree III, Jalen Knox, and Albert Okwuegbunam are the next closest returning running back-wide receiver-tight end trio in the SEC and they combined for 2,174 yards and 20 touchdowns.

Yes, that is an over 1,000 yard difference between Vanderbilt’s Big Three and the next closest trio of skill players.

Furthermore, the threesome’s 150 combined receptions is 62 more than the conference’s next closest trio in catches – LSU’s Clyde Edwards-Helaire, Justin Jefferson, and Stephen Sullivan.

The numbers don’t lie. Vaughn, Lipscomb, and Pinkney are the best running back-wide receiver-tight end trio in the SEC. And it’s really not even close.

For Vanderbilt to continue its success from last season, the three players will have to put up even more dynamic numbers. And it starts Saturday against the third-ranked Georgia Bulldogs.