LETTER TO THE EDITOR: In response to Bauman, Never Again is now

When Jews say “never again,” we mean it 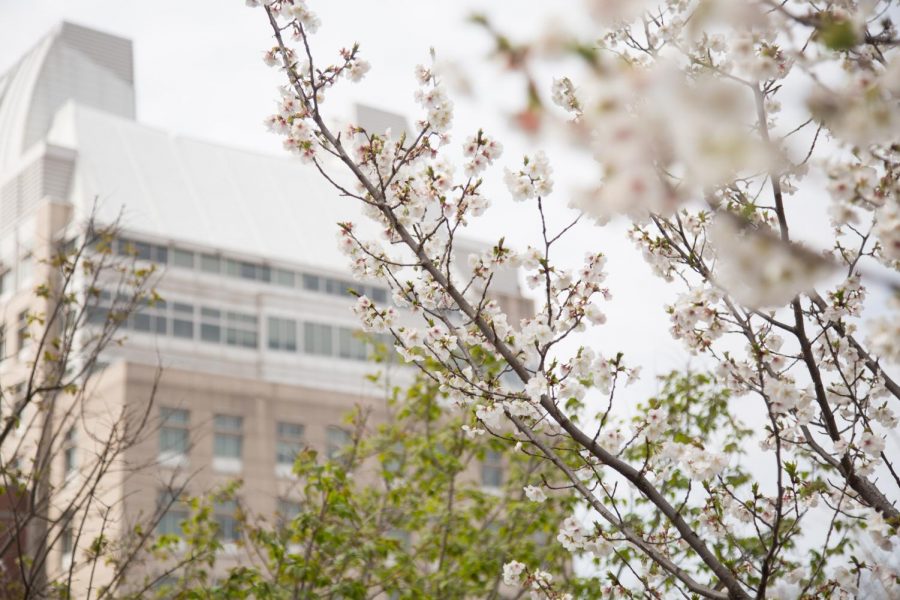 In a recent Hustler guest editorial, Mr. Jared Bauman asserted that the discourse surrounding the Never Again Action protest on Aug. 19 trivializes the pain of the Jewish people by equating two incomparable situations. As one of the protest’s leaders—and a descendent of victims and survivors of the Holocaust—I reject this suggestion entirely.

Our country is in crisis. Migrant children are dying in detention centers, Immigration and Customs Enforcement raids are ripping Latinx communities apart and our government is increasingly denying asylum to people fleeing violent oppression in their home countries. Latinx folk are feeling insecure about their place in America. How do we react?

I, along with the other Jewish Nashvillians planning the protest, reacted with action. We welcome the participation of Jews and non-Jews alike and we will center immigrants in this and all our actions. Acting as part of Never Again Action, a national Jewish-led organization, we will call upon the memory of the Holocaust in order to assert our moral authority to resist these atrocities.

In response to those like Mr. Bauman, who assert that the protest misuses language of the Jewish people’s past, I ask: why is it that so many Jews around the country, including Holocaust survivors and their descendants, have felt compelled to make exactly this parallel to an extent that has never been seen before? What is it that we can see, that the public at large seems to have missed?

We have a president who has centered his political identity on the denigration of vulnerable groups. Our national institutions are kidnapping our neighbors. The complicity by local governments has been frightening, as cities and counties around the country, including the administration of Mayor Briley, have supported detention operations by ICE and have held ICE detainees in custody. Hate crimes against marginalized communities are on the rise, epitomized by the white supremacist terror attack in El Paso. Of course, we understand perfectly well that this is different from the Holocaust. No two things are exactly alike. But you’d have to close your eyes to avoid seeing the similarities. Our ancestors have warned us: the Holocaust did not begin with gas chambers. It began with othering and scapegoating, which were allowed to escalate because of the complicity of some Germans and the silence of others.

In this debate, perhaps the greatest point of contention has been whether the term “concentration camps” can be used to describe ICE detention facilities. Remember: concentration camps were not death camps. We are not talking about Auschwitz, where Jews and others were sent to be killed, but rather about places like Dachau, Theresienstadt, and the various ghettos, where they were held in inhumane conditions that hastened death. ICE and CBP have detained immigrants in facilities unfit for any human. Many detainees have died in custody. Detained women have suffered miscarriages under deplorable circumstances. Children who were detained in perfect health have died due to preventable medical conditions, such as dehydration. These facilities meet every dictionary definition of “concentration camp” and are certainly reminiscent of the camps that held my relatives in the last century. In a few short months, the American winter will settle upon these camps, where many detainees are held in structures that are not temperature-controlled. If we do not see a complete change of course by then, the cost of human death and suffering will be steep enough to scar our national conscience for generations.

I am, frankly, tired of the discourse that blames immigrants for the terrible plight they have been forced into. Mr. Bauman and others would have you believe that the mass detentions that we are seeing stem from a desire to enforce the law. But if this were really about enforcing the law, why has ICE consistently broken the law, including by detaining and deporting thousands of legal immigrants (not a typo; asylum seekers are legal immigrants), and, in some cases, American citizens? Why do we see the chief architect of these policies inciting chants of “send her back” against a U.S. citizen who came here legally? It is no coincidence that immigrants of color, especially Latinx immigrants, have borne the brunt of these detentions and deportations, even when their legal status has been similar to that of many tens of thousands of immigrants of European descent. What we are seeing is the product of hate and demagoguery, whitewashed by barely-plausible lip service to the rule of law. It needs to end.

When my people finally emerged from the horrors of the Holocaust, reeling from the world’s complicity by silence, we promised that, if we ever saw such atrocities happening to others, we would fight to save our fellow humans. “Never again” became a sacred promise that we made to the world and to ourselves, a tiny silver lining of our collective trauma. We now deliver on this promise and we call upon you to join us in acting urgently. Never again is now.

Yonathan Reches is a former Vanderbilt PhD student and an organizer for Never Again Action Nashville’s upcoming protest on Aug. 19. He can be reached at [email protected]