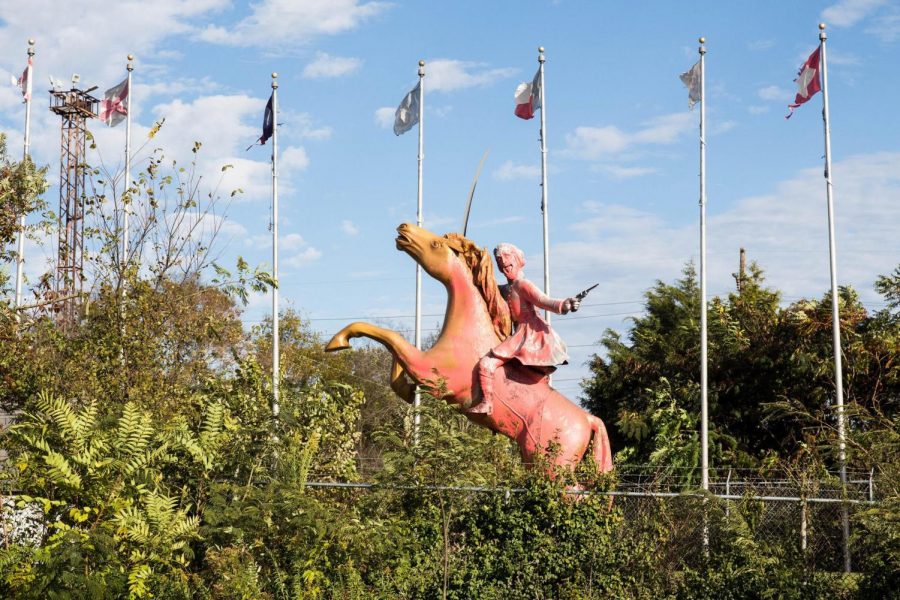 A statue of Nathan Bedford Forrest stands on private property alongside Interstate 65 in Nashville. (Photo by Emily Goncalves)

Last week, Tennessee Governor Bill Lee signed a proclamation declaring July 13 Nathan Bedford Forrest Day, dedicating the day to the former Confederate general and first Grand Wizard of the Ku Klux Klan. However, following intense local and national outrage, Lee reversed his previous position on Monday and stated that he will work with the Tennessee legislature to change this law next session.

“While I’m incredibly glad to know that Gov. Lee has been enlightened to challenge the validity of this law, we can’t forget how long this fight has already gone on and how many people have called this into question,” said Olivia Dominguez (‘21) and Rishara Weerakoon (‘20), President and Vice President of Vanderbilt’s Multicultural Leadership Council, wrote in a statement to the Hustler.

The proclamation sparked national attention, with coverage from NPR, the Huffington Post and CNN, with some outlets drawing attention to the Governor’s past, including dressing as a Confederate soldier in college.

“Nathan Bedford Forrest and parts of his life are part of painful history and why I and we need to look at changing law and I will work with legislators to do that,” Lee told WKRN.

In 2017, protestors called for a removal of a bust of Nathan Bedford Forrest currently on display at the Tennessee Capitol. Lee has previously said that he does not think it is right to wipe out history and wants the bust to remain in the Capitol, but today said that he thinks we need to have a broader conversation about the possibilty removing the bust. Bill Haslam, Lee’s predecessor, tried to have the bust removed, but failed to advance the effort past the first vote.

Lee’s reversal has been met with mixed reviews – some are proud of the progress his reversal represents and the national effort that went into pressuring him to make it happen, others supported his initial stance and some are pushing for further changes, such as renaming Nathan Bedford Forrest State Park.

“We have seen parallels to this in student movements from Vanderbilt’s own history,” said Dominguez and Weerakoon. “Gov. Lee’s response is a reminder that when enough people care to speak up, change is truly possible.”