LETTER TO THE EDITOR: A deeper understanding of eating disorders at Vanderbilt 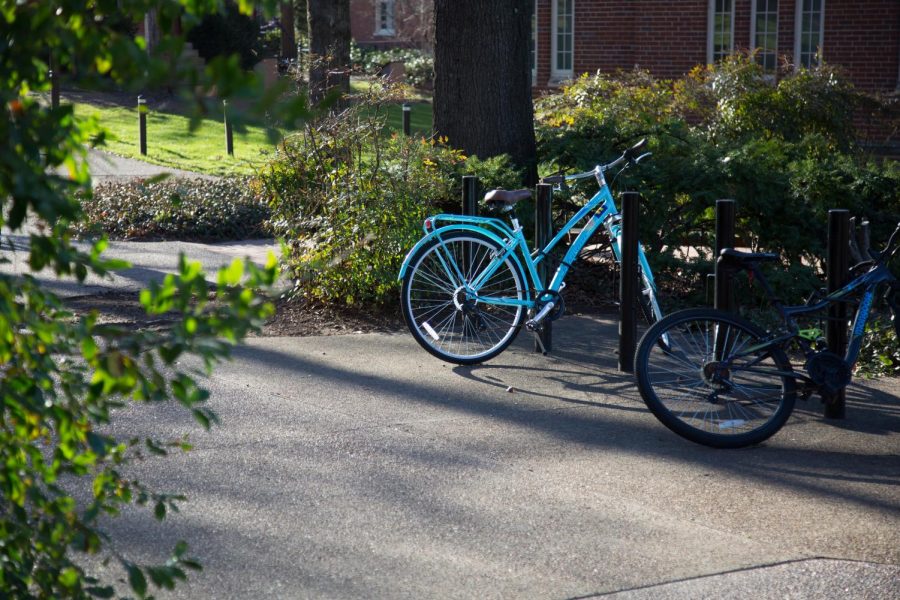 On Jan. 13, The Hustler published an opinion piece about the intersection of Vanderbilt’s performance culture and disordered eating. We are two students passionate about eating disorder awareness and would like to correct what we found to be misinformation and misconceptions; we also hope to provide a deeper understanding of eating disorders at Vanderbilt.

We were thrilled to hear that the Hustler published an article about such important issues in the conversation about eating disorders. Analyzing and commenting on the high-pressure Vanderbilt environment that perpetuates diet culture, the thin ideal, and unhealthy behaviors is a critical task. We’re so happy that more people are talking about these issues, and we look forward to the discussion that is already happening in response to this article. However, we would like to respectfully address some of our qualms with the previously written piece. As students who have conducted much of our own research in the topic of eating disorders, and worked to create resources for Vanderbilt’s campus, we feel that this letter is of the utmost importance to our community and beyond.

Our names are Emily and Mimi. We both interned this summer with our new campus dietitian, Meredith Williams, working on self-directed projects to raise awareness for disordered eating through didactic experiences on our campus. Emily is a senior graduating with a major in MHS, and Mimi, is a junior double majoring in child development and MHS. We both hope to one day become professionals in the field of eating disorder treatment.

Amongst a few hopefully constructive criticisms of the article, we would like to add that using the terms “eating-related disorders,” “problematic eating,” etc. as opposed to “eating disorders,” “disordered eating,” and “body image issues” does not employ clinical terminology and seems to shy away from the gravity of these behaviors. We also find the use of the phrase “mental and physical discipline to maintain diets” to also be problematic because it associates the positive connotation of discipline with maintenance of diets, potentially perpetuating the idea that dieting is about willpower as opposed to a mental illness that is out of one’s control and power.

Disordered eating and eating disorders share similar behavioral and psychological disturbances, but eating disorders fall into specific diagnostic categories determined by the DSM-5 that often involve more frequent and more psychologically and medically severe consequences. However, any deviation from normal, intuitive, instinctive eating is a form of disordered eating that deserves to be addressed and treated well.

We have two main concerns beyond these phrasing related corrections. The first is that the creation of resources made available to RAs, VUceptors, and faculty was misquoted and attributed to Meredith Williams, who supervised and presented the material. Lack of consultation and confirmation with Meredith led to an absence of recognition for the hard work and time we spent on community reference lists, information for student leaders, and the distribution of these resources to help our community, which we worked on throughout the summer.

Additionally, we would like to push-back on the claim that Vanderbilt has “no large-scale initiatives,” when in fact, fellow student and friend, Etta Eckerstrom, has done countless things to spread awareness about eating disorders on our campus. Go Figure, an organization on campus spearheaded by President, Etta Eckerstrom, is committed to encouraging body positivity through didactic keynotes and events hosted throughout the year. Training manuals have been implemented for resident advisors and VUCeptors, and the Student Care Network has helped to centralize resources for mental health on campus. The UCC has formed an Eating Disorder team of therapists specializing in the field, Mary Clare Champion and Kim Koon, who are actively working to learn more about how to serve our community. The Women’s Center has been a huge supporter of body positivity and launched the Body Project, which offers training for examining beauty ideals in our culture. We both have worked to plan events bringing in numerous specialists in the field of treatment, and believe that it is important to give proper acknowledgement where it is due.We also have reached out to Greek community / met with them about these issues, and have discussed large scale initiatives in the future, contrary to the statement in the article.

A 2006 survey from the National Eating Disorder Association reported that 1 in 5 individuals on college campuses reported having eating disorders. This is the same reported rate of sexual assault, which also does not account for voices who aren’t being counted because of stigma and shame. We need to talk about it.

Dieting is often the precursor to disordered eating behaviors, which can quickly manifest into full-blown eating disorders. The National Eating Disorders Association (NEDA) provides comprehensive information about the different types and prevalence of eating disorders. Current estimates have reported that twenty million women and ten million men in America will develop an eating disorder at some point in their lives. Eating disorders are some of the most misunderstood forms of mental illness, with an abundance of stereotypes and pseudoscientific information in existence.

We need to re-examine our relationships with our bodies and our ideas about who is worthy based not on how thin or accomplished we are, which are mutually exclusive, but about something deeper. Thinness is not an accomplishment; we ought to celebrate each other for so much more. Our bodies allow us to walk around campus and to be present in creating biotechnology for veterans, to feel the joy of eating a warm Rand cookie, and to walk across the stage at Commencement. Meals at Rand, dates at the Pub, and ice cream runs to Jeni’s are all parts of the whole Vanderbilt experience that food allows us to be a part of and to remember. In a culture where we praise restriction as a form of restraint and willpower, and compulsion as discipline, members of our community are bound to feel ostracized and shamed by fear of fat. Change happens when we engage in relationships and seek connection with the diversity of bodies and minds across our campus and beyond, and when we invite others to true belonging.