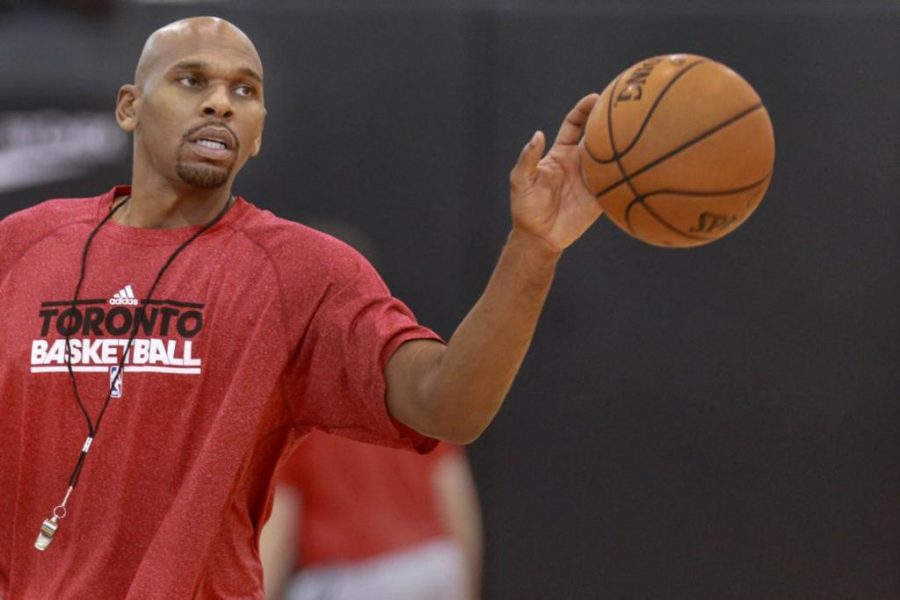 Vanderbilt Men’s Basketball is entering a new era with the hiring of Jerry Stackhouse as head coach, and some Commodores of the past are excited to see it unfold.

While many pundits have praised the hire, some have questioned Stackhouse’s credentials to be able to handle all that comes with being a college coach, including recruiting. Former Commodore Shan Foster, who was drafted by one of Stackhouse’s former teams in the Dallas Mavericks, thinks Stackhouse will be able to transition into the college coaching ranks with an effective staff behind him.

“I think many times when we think about a head coach, we unfortunately want people to come in and have a complete package and that’s not true,” Foster said. “You look around college athletics, you’re not seeing head coaches that are just great at everything. You’re seeing people who have specialties, people who are great in some areas and then they hire a coaching staff to come in that can fill some of those gaps. Jerry Stackhouse is going to be no different in that regard. He’s going to hire staff that’s going to come in and be able to take care of some of those other things. He may not be as strong on the college level, but with those additional resources he’s going to be able to do that and he’s going to be able to get some competitive folks in here to help in that regard and I think it’s going to be very exciting.”

One of Foster’s former teammates, Derrick Byars, concurred with Foster’s views on Stackhouse as a coach, especially with his experience running the Stackhouse Elite AAU program.

“I think anytime you come over into unfamiliar territory, whether it’s college or whatever, there’s definitely a learning curve,” Byars said. “I think these AAU coaches are familiar with the ins and outs of college, the rules and things like that. I’m sure he’s going to have people on his staff and just around the campus that can lend their support that have more familiarity with the college game. Obviously it’s been well over 20 years since he played at UNC, but I don’t think it’ll be that tough of a transition. Coaching is coaching.”

Stackhouse played in the NBA for nearly two decades, and has spent time assistant coaching with the Toronto Raptors and Memphis Grizzlies, and coached the Raptors’ G League affiliate to a title in 2017. He played for five different NBA teams in his career, so he has made a lot of friends and gotten to know a lot of different people in basketball circles.

That network of connections showed in the number of big names that reached out on social media to congratulate Stackhouse on the job, and that is a unique thing for a Vanderbilt coach. Former Vanderbilt guard Riley LaChance noticed that overwhelming reaction, and he thinks it’s a sign of good things to come.

“I think if you go on Twitter or anything and you just look at all the past and current NBA players and North Carolina players who have reached out and congratulated him through social media and stuff like that, that really speaks for itself in just how well-respected he is and the relationships he’s been able to develop at the collegiate level at North Carolina with past players, and also at the NBA level with guys he’s played with and guys he’s coached and all that stuff,” LaChance said.

When Stackhouse was making a name for himself as a G League coach with the Raptors’ afilliate, Raptors 905, former Commodore Luke Kornet was breaking into the professional ranks as a player for the New York Knicks’ affiliate, the Westchester Knicks. He got to play against Stackhouse’s squad on multiple occasions, and he was impressed with the team’s cohesiveness in an individual development-oriented league.

“That team was probably the toughest one to play against,” Kornet said. “You kind of hated playing against them, which is the highest compliment you can give a coach sometimes. Their team was always just disciplined and they had a game plan and they executed it really well, especially for that league it’s pretty impressive to be able to get guys to do that. Just from the way that his players played, you could tell that they were well-coached so I have a lot of respect for him in that nature.”

Commodore Basketball alum and former NBA player Will Perdue has some ideas about what Athletic Director Malcolm Turner should do as part of that increased commitment.

“One, Malcolm needs to be touring the country or have somebody that’s constantly touring or keeping an eye on your opponents’ facilities,” Perdue said. “As soon as a new facility has been labeled the latest and greatest, I think you need to go check that facility out and compare it to what you have. And then once you do that, you say okay, we need to upgrade, or we need to do this, or we need to do that. It’s about facility maintenance and trying to stay ahead of the curve.

“Secondly, the bottom line is you really need to pay your assistants more money at Vanderbilt because the cost of living in Nashville is more than it is in Knoxville or Oxford or Tuscaloosa or Gainesville. You have to account for that, but at the same time, because it’s Vanderbilt, and I don’t like to use the term ‘limitations,’ but your recruitment base is probably a little smaller, so coaches have to work a little harder. Maybe you have to pay a little more in that sense because you truly have to be able to identify who the available players are. You can’t just look at the best player available and move on. There are some criteria that have to be met that require a little extra work on behalf of the coaches.”

Overall, the general sentiment from Foster, Byars, LaChance, Kornet and Perdue was that they are all excited about the direction of the program under Turner and Stackhouse. After two dismal seasons, the hiring of Stackhouse has been able to inject some excitement into the fanbase.

For LaChance, it was tough to see his former coach in Bryce Drew let go, but he still understands how exciting Stackhouse is for Vanderbilt.

“I have a lot of respect for Coach Drew and everything he did for me and for the program,” LaChance said. “It was just kind of the perfect storm that happened, he had some bad luck and stuff like that. I’m thankful for everything he did for the program and myself included. But, it’s a fresh face, and I think anytime there’s change, it brings excitement among our fanbase and I think this hire specifically is one that brings a little extra excitement because of how well-respected he is around the NBA. A lot of fans have watched him play and coach over their lifetimes. It’s definitely a hire that brings excitement to the program.”

In terms of what Turner has been able to accomplish in his first two months on the job as athletic director, Perdue sees some promising signs that hiring Stackhouse is a good sign of things to come from the former G League boss.

“I was fortunate enough to sit down and meet with Malcolm,” he said. “The one thing I liked about it was that he’s a businessman first, and I think we’ll all agree that college athletics is a business, even though it’s ‘college athletics,’ it’s still a business and a huge business. He obviously has a business mind, and I like the aggressive approach that he’s taking. I don’t think he wants to be backed into a corner, I don’t think he wants to look at a situation that has specific parameters. I think he’s been very aggressive in what he’s done early, I think that. There are some risks involved, but he’s not treading lightly waiting to get his feet wet and get some experience. I think he has a good grasp of what’s necessary, what we need to do, and I like the fact that he’s hit the fast forward button, not just the move forward button.”