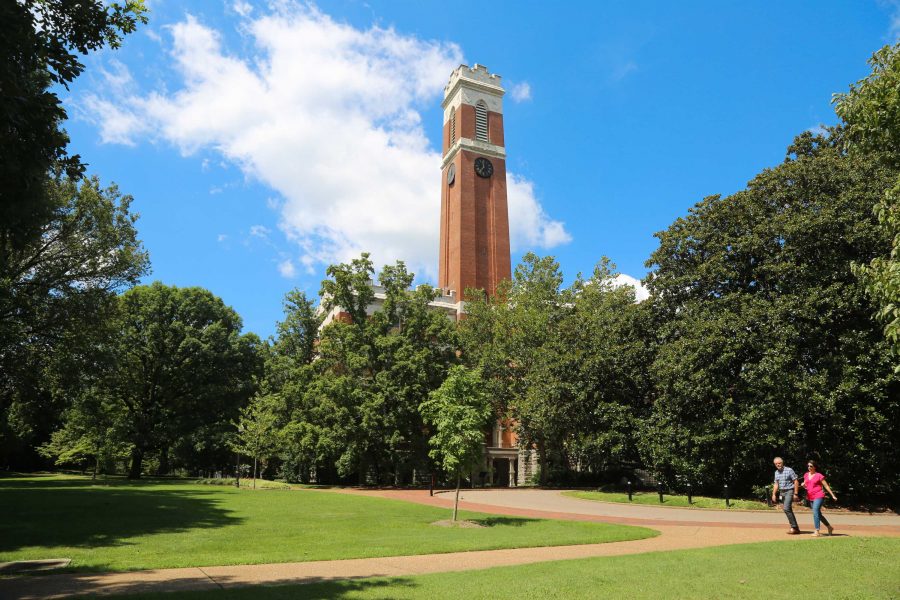 The Office of Faculty Affairs released its first-ever report on Vanderbilt faculty composition and demographics on March 11, showing that the university’s faculty body was disproportionately white and that tenured faculty were disproportionately male.

Among other statistics, the report estimated that as of November 2018, 80.81 percent of full-time Vanderbilt faculty are white. Additionally, women comprised 43.17 percent of the fall 2018 professoriate, but only 30 percent of all tenured faculty. In contrast, according to Vanderbilt’s admissions website, as of fall 2018, minority students make up 41 percent of the undergraduate population.

Tracey George, Interim Vice Provost for Faculty Affairs, emphasized that the report’s findings were estimates based off of self-reported data. However, she said that it was “undeniable that the faculty is whiter than the student body.”

Kaylin Davis, first-year and member of Vanderbilt NAACP’s Political Activism Committee, said that she was not surprised at the findings.

“If you think about it, we’re in the South and Vanderbilt’s one of the most prestigious higher learning institutions in the country. Wouldn’t it make sense that most of the faculty are white?” she said. “I’m not shocked. Vanderbilt doesn’t do the best job including non-male voices.”

George said that a major part of the hiring strategy was to make greater efforts to attract a diverse candidate pool. She pointed to the School of Medicine’s basic sciences division as an excellent example of developing underrepresented groups’ interest in working for the university. This, in turn, increases the diversity of the pool and ensures that strong minority candidates are included.

George said that due to relatively high retention rates and relatively low rates of hiring, the diversification of the faculty is sure to be incremental. Vanderbilt students should reflect on the demographic composition of their professors and support underrepresented faculty, she said.

“Think about how challenging it is to look different from your students. It makes a difference that we have a student body that is open to the idea that that person deserves to be at the front of the room,” George said. “When I was a brand new professor, I had white male students who very much questioned whether I was legitimately a professor. I can’t imagine that happening to me today.”

Data analytics project manager for the Office for Faculty Affairs Taylor Carnes said that the office worked closely with the Office of the Provost in order to improve hiring diversity.

“There’s always an ongoing conversation about candidates, candidate pools, and how the process can illuminate to committee members about why we need to diversify those pools,” Carnes said. “There has not been a day that I’ve noticed that that conversation isn’t ongoing. I think that really translates in the hiring process.”

Beyond hiring, however, George emphasized the need for the retention of underrepresented faculty. Women and minorities often face harassment or bias due to their demographic characteristics, she said. As a result, the Office for Faculty Affairs is currently pursuing discussions about systematic mentoring processes for faculty, according to George.

In addition, the office will launch a campus-wide survey of full-time faculty and post-docs on sexual harassment, assault, and discrimination on April 2. George said that the survey, unique among Vanderbilt’s peer schools, is partially in response to the National Academies of Science, Engineering, and Medicine’s report on sexual harassment. It will close on May 1. The survey’s results are planned to be released in the fall.

George expressed optimism about the future of inclusivity for faculty at Vanderbilt.