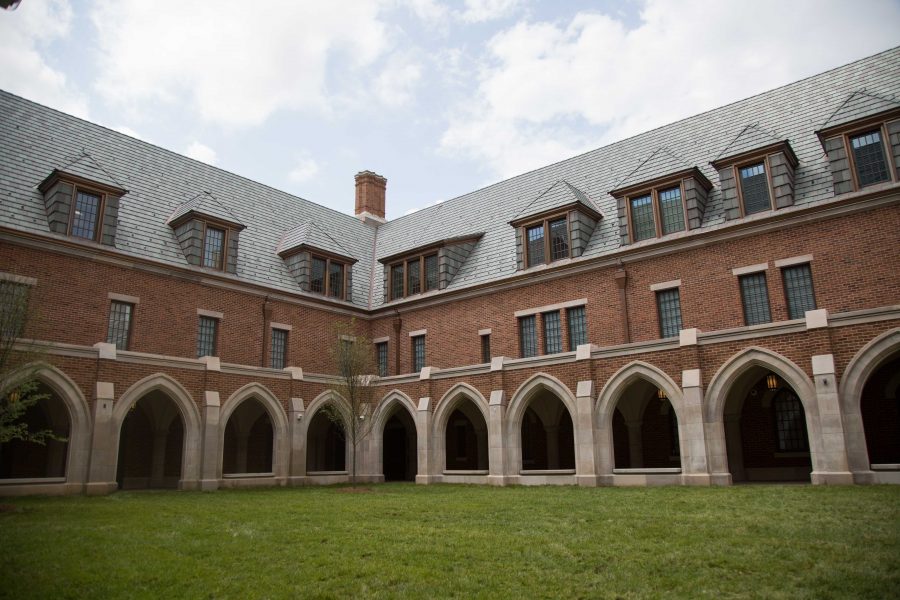 It’s a busy time of year. From midterms to spring break anticipation, students have plenty to think and talk about, yet conversations often lead back to the same topic: housing.

On Feb. 19, the results of the housing assignment process were delivered via email to all rising third and fourth year students who applied to live in a Residential College for the 2019-2020 school year. However, the outcome left many students frustrated and disappointed. The Office of Housing and Residential Education announced that only five percent of the sophomores and juniors who applied for first-time housing successfully secured a space for next year in the highly coveted E. Bronson Ingram, Warren or Moore Residential Colleges.

One common grievance amongst dissatisfied students is the “rollover” system, which allows residents to retain a room in their current dorm for the following year. In effect, this practice reserves spaces in the most desirable dorms for the same students each year.

“I don’t think it’s fair that the people who get into a residential college one year are rewarded for the rest of their college experiences by continuing to live there when nobody else can get in,” second-year Noa Worob said. “This system gives an unfair advantage to people who apply their freshman year.”

Senior Director of Housing Operations Jim Kramka stands by the current housing assignment process and said there is no discussion about changing policy. Although the option to reserve current living arrangements for the following academic year is not exclusive to residential colleges, most other students don’t choose to stay in the same dorm from year to year, Kramka said.

“The traditional migration patterns of Vanderbilt undergraduates over the last several decades has been that freshmen live in the first-year areas, and then as sophomores, a large percentage, primarily those who have Greek affiliations, want to come to Branscomb,” Kramka said. “But of the Branscomb residents, almost no one reserves their room for the following year, and as a consequence, there is no continuity of residents from one year to the next.”

Meanwhile, Living Learning Communities and Residential Colleges have high retention rates, which limits the spots available to rising juniors and seniors. For example, Moore College, which has the capacity to house up to 341 upperclassmen, has no third-year openings for the 2019-2020 school year.

“Many of the people we hear from who are unhappy about not being able to get into Residential Colleges as juniors and seniors never applied as sophomores,” Kramka said. “They had their chance, so they shouldn’t complain about not getting in later on. It’s not because of me, it’s because of these high retention rates.”

“Bronson was my first choice because I wanted to live in an environment in which I can be both focused academically and part of a great community,” Wilentz said. “In order to reserve my space in EBI for next year, I had to find new suitemates who already live in the dorm, so the ‘squatting’ system actually encouraged me to be more social and branch out.”

Meanwhile, second-year Kelly Santiago has had a less communal experience living in Kissam.

“Kissam is nice, and it was definitely my first choice going through the process last year,” Santiago said. “But there’s not really a strong sense of community. People just do their own thing and that’s fine.”

Santiago does not plan to live in Kissam again next year, namely because of its inconvenient location, but she nonetheless said that she has no qualms with the rollover system.

“Housing is just luck of the draw and I don’t think students should be punished for benefitting from luck,” Santiago said. “If they want to keep their current spot, they should be able to.”

Regardless, Kramka is hopeful that these issues will be mitigated by the building of more Residential Colleges, which upon completion in 2023 will account for roughly half of the available upperclassmen housing.

However, he acknowledges that to current students, 2023 seems far away.

“The trouble is we can’t change the whole system at once, despite how much we, administrators, faculty and students, would like that,” Kramka said. “But as the new residential colleges are built, I think the difficulty of getting in as an upperclassman will become less and less significant.”