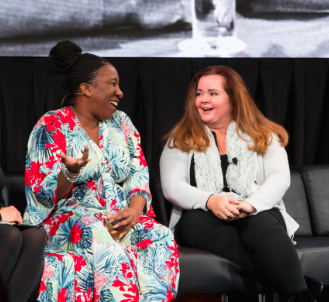 Dr. BethAnn McLaughlin is facing an uncertain future at Vanderbilt. McLaughlin’s tenure status, as well as employment, are in question, which she says was sparked by her involvement in a series of Title IX investigations dating back to 2014.

McLaughlin, a neuroscientist in the Vanderbilt University Medical Center and a faculty member in the School of Medicine, stands to lose her job in the coming months due to an ongoing battle regarding her tenure. McLaughlin was initially approved for tenure in 2017, but her approval process was frozen while she was involved in a workplace investigation. The faculty committee that reconvened after the investigation then reversed the approval and rejected her tenure application. Her job security now lies in the hands of Chancellor Nicholas Zeppos, who has final say on tenure decisions.

McLaughlin has been in the public spotlight for some time for creating the #MeTooSTEM nonprofit, an online platform for women in science, technology, engineering and math to share their experiences with sexual misconduct and find support. In addition to creating #MeTooSTEM, McLaughlin played a leading role in the drive to remove “hotness” ratings on the popular website ratemyprofessor.com. Last year, she was awarded the MIT Disobedience award, alongside #MeToo creator Tarana Burke and inclusivity consultant Sherry Marts, for her work in standing up for victims of sexual misconduct. Now, her story surrounding her tenure is making national news, with features in Science Magazine and Inside Higher Ed and substantial attention on Twitter.

“I would love nothing better than to stay in Nashville and to have #MeToo grow at Vanderbilt and grow in ways that it’s less combative between guys feeling afraid and women feeling unheard,” McLaughlin said.

Vanderbilt released a statement in response to the media attention surrounding McLaughlin’s situation which said that the school does not tolerate sexual misconduct or retaliation against those who report. The statement continued that this particular tenure review is ongoing, though due to its confidential nature, the university will not comment further.

McLaughlin’s battle for tenure began in 2014. While McLaughlin was preparing her portfolio for her tenure application, graduate student Erin Watt was in the process of suing then-professor Aurelio Galli and a number of Vanderbilt Medical Center and University administrators for allegations of sexual misconduct against Galli.

Watt first reported abuse in Galli’s lab in August 2013 and subsequently left her PhD program that same year without receiving her degree, according to the official complaint Watt filed in court in 2014. The document cites incidents of unwanted sexual advances, belittling comments about her and women in the field and threats to her career.

McLaughlin knew Galli as a colleague who worked a floor below her and collaborated with her then-husband. She and Dana Miller, an associate professor of biochemistry at the University of Washington, had previously heard comments Galli made about Watt and came forward during the case’s investigation to speak with the university about their concerns. Specifically, the two women cited a conversation with Galli at a dinner they had with him when Miller visited Nashville, during which he allegedly threatened to “destroy” the student and, in the course of the dinner, showed the women his holstered gun, which he has a permit to carry. To McLaughlin’s knowledge, Watt was never notified of the reported threats.

Eventually, the case between Watt and Galli was dismissed with prejudice, meaning the decision is final and the plaintiff can’t bring the complaint again, and Watt settled with the university in December 2014, according to court documents.

Following Galli’s promotion at the end of 2014 to a leadership position, Miller filed an official complaint with the Title IX office, then housed in the Equal Opportunity, Affirmative Action, and Disability Services Department. Because she was also at the dinner, McLaughlin acted as a witness in the investigation into the complaint.

It was during this investigation that McLaughlin found herself investigated on information given to the Title IX investigators by Galli, she said. In particular, the office was looking into tweets that were allegedly written by McLaughlin and made reference to Galli and other people in the department. According to Galli, he did not know for certain who the tweets were coming from, as they were written under a pseudonym. However, he noticed that many of the tweets referenced information shared in department meetings about the lawsuit against him. At this point, he brought them to the attention of the EAD office and asked for an investigation. He said that other faculty members also reported the tweets to the office.

McLaughlin said that a representative from the Title IX office questioned her fellow faculty members about the tweets Galli had reported. McLaughlin believes she was being retaliated against for speaking out as a witness.

“[The Title IX office] then started investigating me, and that’s terrifying to me as someone who mentors women, that someone who goes to stand up for somebody else, and the accused person can say, well she’s no saint either,” McLaughlin said.

Galli, who now works primarily at the University of Alabama Birmingham, said that the probe into McLaughlin’s social media was not retaliatory because, due to the confidential nature of Title IX investigations, he did not know that she was a witness. He only recently learned her involvement due to a defamation lawsuit he is currently pursuing against her, filed in October 2018, he said.

Throughout the investigations into Miller’s complaint and McLaughlin’s social media, her tenure process was frozen. She had been approved by the executive committee in the summer of 2017 and was only awaiting approval by the Dean, the Chancellor and the Board of Trust. During the investigation into her social media, she was tried by the faculty senate, who found no reason to discipline her.

After the faculty senate chose not to discipline McLaughlin, Vanderbilt University Medical School Dean Jeffrey Balser asked the committee to reconsider her tenure, she said. By that time, the makeup of the executive committee had changed. Chairman of Pharmacology David Sweatt, who has since been placed on administrative leave pending an investigation into allegations of sexual assault, was on the board for the second review. This time, the board voted unanimously to reject McLaughlin’s application. McLaughlin filed a tenure appeal, which Chancellor Nicholas Zeppos has yet to decide on, she said.

“I’ve had many students and scholars and people in the academic community who have said my scholarship is good enough, my mentoring is good enough,” McLaughlin said. “My activism may make you feel uncomfortable, but I’m not advocating for anything other than safety.”

The recent news around McLaughlin’s fight for tenure has brought Galli’s name up again, and he expressed frustration with the situation, saying that he has never had anything to do with tenure processes.

The Hustler reached out to Jeffrey Balser and university officials for comment. Balser did not reply, and communications officials from Vanderbilt University and the Medical School said they could not comment on employment and tenure processes, as they are confidential.

After her tenure was rejected, McLaughlin filed a grievance with the faculty senate, formally called a “tenure appeal.” The appeal will go to the Chancellor, who will make the final decision on her tenure. Now, McLaughlin remains employed until her grant from the National Institutes of Health (NIH) runs out, likely at the end of March.

“Now it’s really up to Chancellor Zeppos,” McLaughlin said. “My goal has always been to get the truth in front of someone, a good person, who can take a step back and be like okay, who are we as a community. Sometimes we don’t have the right rules to protect people, sometimes we don’t have the right rules to punish people, and we have to put them on leave and can’t get them out of our faculty pool, but it needs to be a man who is committed to decency.”

McLaughlin’s situation has garnered national attention. University of Washington professor in Physiology and Biophysics Sharona Gordon, without ever having met McLaughlin, created a change.org petition on Feb. 15 to support the professor’s mission for tenure. Titled “Vanderbilt: do right by BethAnn McLaughlin,” the petition is actively gaining support and has more than 7,000 signatures.

“My involvement is only because I’m a woman in neuroscience in the academy,” Gordon said. “What’s happening at Vanderbilt to BethAnn is not unique, unfortunately, but the severity of it is pretty egregious, and I feel the need to stand up. I can’t be a bystander when this is happening.”

The petition is only a part of Gordon’s plans to act in McLaughlin’s favor. For the seven days leading up to Feb. 28, the original date of McLaughlin’s expected end of employment, Gordon will lead a Week of Action, each day announcing on her Twitter a specific act people can do to support the professor’s fight. The Feb. 21 action was a push to share the change.org petition with as many people as possible. Feb. 22’s action was to contact Chancellor Zeppos to ask him to allow McLaughlin to keep her job.

Gordon is confident that the movement to support the professor’s mission for tenure will be successful, mostly because it is imperative to her community that McLaughlin’s job is safe.

“She’s incredibly effective at making positive culture change, and she’s a symbol of women standing up for themselves, and we just can’t accept our hero being denied tenure because of everything that she’s doing for us as a community, right? Each and every one of us is BethAnn McLaughlin, sort of along the lines that ‘I am Spartacus.’ I am BethAnn McLaughlin,” Gordon said. “If it can happen to her, who has so much visibility and so much support from the community, imagine what’s happening to targets of harassment and people who support them who aren’t in the limelight.”

McLaughlin said she was shocked at the level of support she has seen for the petition and her story.

Her fight to increase awareness around the prevalence of sexual harassment in the science community includes her qualms with transparency in Title IX, the federal law protecting students from sex-based discrimination and the leading legislation outlining the protocol on addressing sexual harassment in educational institutions. She said problems with Title IX investigation transparency and retaliation against those who speak out are not unique to Vanderbilt.

“The problem with Title IX is we don’t let people tell their truth and for as much as you’ll hear this story and be like ‘ugh, Vanderbilt!’ and do your fist shaking, this isn’t Vanderbilt. This is what Title IX does to victims,” McLaughlin said. “It isolates them, it silences them, it gaslights them.”

Even with a March deadline approaching, McLaughlin remains hopeful. She loves Vanderbilt, particularly the student body, and believes that the community is ready for frank conversations around how sexual misconduct is handled.

“I don’t have a backup plan,” McLaughlin said. “I believe that if you have a backup plan, you’re planning to back up. For the last four years, I’ve made these decisions where all my friends and colleagues, the vast majority of them are like ‘get out!’ But I don’t want to. I love this town, I love these students, I have some amazing colleagues and I make a decision every night: am I going to sit and fill out job applications, or am I going to talk to people who have been hurt and who are trying to figure out the Title IX process? I simply don’t have time to do both, and I haven’t applied for a single job.”