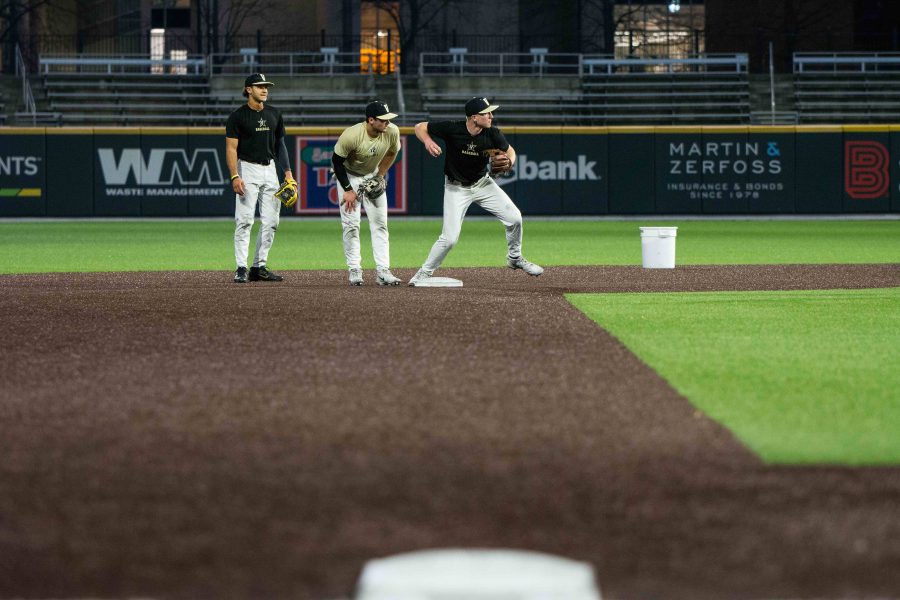 With Vanderbilt Baseball’s 2019 season getting underway on Friday night in Arizona, we went through the Commodores’ roster and broke down each position and who you could be seeing on the field at The Hawk this season.

Head Coach Tim Corbin has been rather coy about his lineup combinations, and with so many players that can play so many different positions, it’s difficult to predict what the exact starting nine will look like on Friday.

Here’s how the Vandy Boys could look this year.

Vanderbilt’s starting rotation could be one of the main reasons why the Commodores could be a national title contender this season. In all likelihood, the weekend rotation will once again be Drake Fellows on Friday, Patrick Raby on Saturday and Mason Hickman on Sunday. Fellows, now a junior, became the regular Friday starter last season and was the Commodores’ best shutdown pitcher with a team-best 107 strikeouts.

Raby, a senior, was also a consistent presence for the team as the Saturday starter, starting 12 games and posting a 3.57 ERA. As a veteran on this team, he’ll be tasked with winning crucial Saturdays again in tight SEC competition. Meanwhile, the sophomore Hickman burst onto the scene last season with his lethal breaking ball. As the season went on, he became a rising star and was one of the best freshmen in college baseball with eight victories. Hickman secured Vanderbilt’s regional win with a five-inning, five-strikeout performance.

And then there’s Kumar Rocker, the freshman phenom whose hard-throwing arm has Vanderbilt fans salivating at the idea of him taking the mound as a starter. While he likely won’t crack the weekend rotation right away, he could start some midweek games alongside Jake Eder to start the season. There’s no reason why Rocker couldn’t blast his way into the weekend rotation by the time SEC play rolls around, though. –Cutler Klein, sports editor 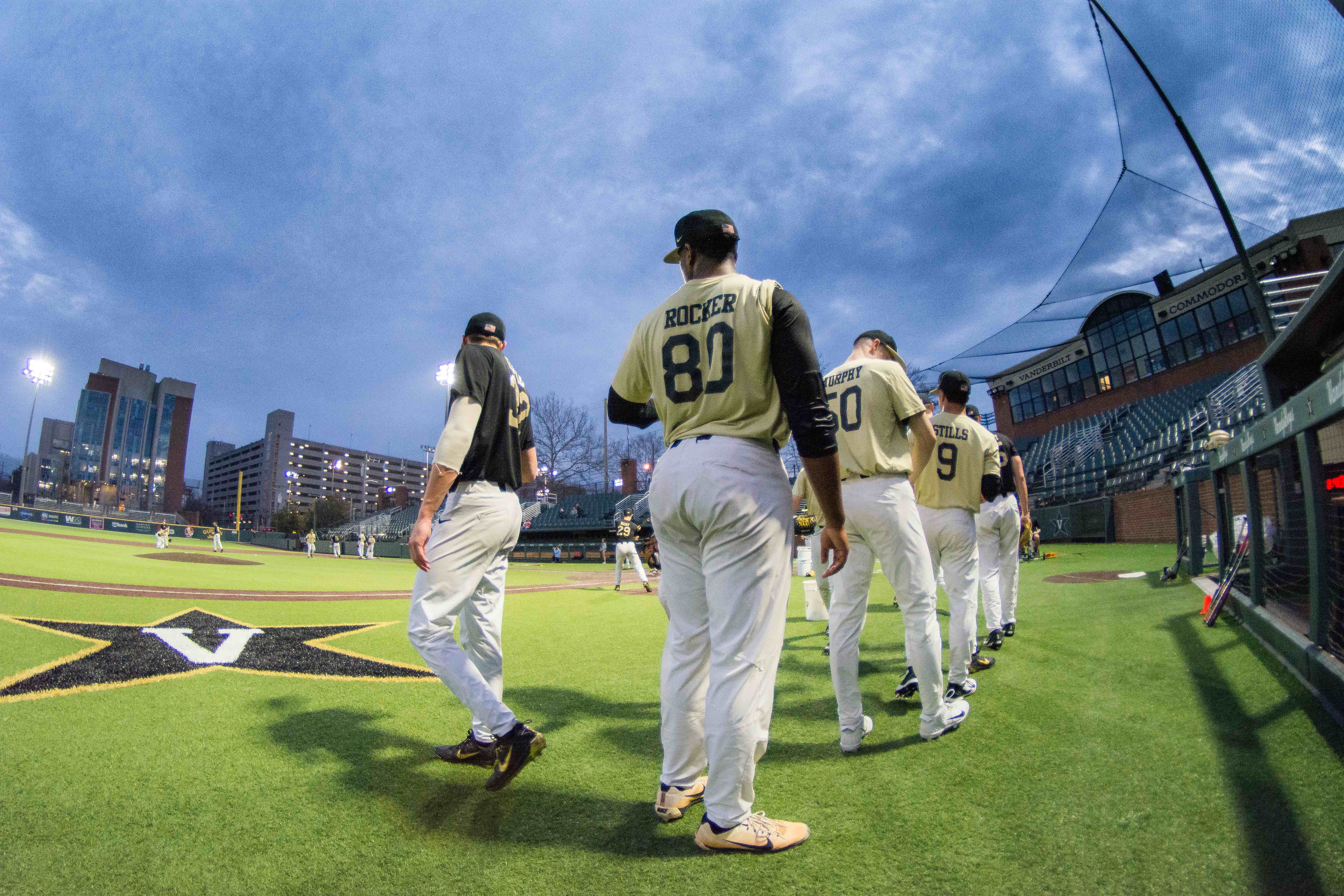 This will mark a bit of a change for Vanderbilt’s bullpen. Both Chandler Day and Maddux Conger, two solid bullpen throwers, left for the MLB after last season. However, there are a number of returning players that could play a role. The most likely long relievers will be Zach King and Jackson Gillis, who both had stellar 2018 campaigns and have been two of the most consistent pitchers in the program. While Jake Eder will likely see a lot of time as a midweek starter, he could be a solid weekend bullpen option for long relief situations.

Tyler Brown is another pitcher that could see himself go between starting and pitching out of the bullpen. Freshman phenom Kumar Rocker will also likely see time in the bullpen before he gets a more consistent starting role. Aside from those guys, Corbin will be looking for growth out of a number of younger players, including Justin Willis and Hugh Fisher.

The biggest question mark will be who replaces the hard-throwing Day as the team’s closer? Corbin will have plenty of time to find a viable candidate as the season gets underway. –Cutler Klein, sports editor

The group of catchers is one of the deepest and most interesting units on the team. Senior Stephen Scott, junior Ty Duvall, and sophomore Philip Clarke all have significant experience behind the plate. All three guys are also accomplished hitters with Scott leading the team in home runs last year with 15 and Clarke finishing third on the team in batting average.

What makes this group so intriguing is their versatility. Clarke spent a lot of as a designated hitter last year and Scott is experienced in the outfield. It is possible, and maybe even likely, that we will see all three of these guys playing at once throughout the season.

Depth will definitely not be an issue for this group and Commodore fans should expect solid production both offensively and defensively from the catcher position. –Alyssa Muir, sports reporter

The Vandy Boys play the University of South Carolina on Saturday, April 28, 2018 at Hawkins Field. (Photo by Claire Barnett)

The Commodores first base situation is dominated by none other than Julian Infante, the senior out of Miami, Florida. After a stellar 2017 campaign that saw him knock 11 home runs and bat .315, Infante cooled off a bit in 2018 with only two homers and a .193 average. On defense, he was a stalwart on the bag all season long, though. It will be interesting to see if Infante is able to regain the form he played with throughout 2017 or if his less-than-impressive 2018 campaign will trickle over into a season Vanderbilt enters with extremely high hopes. –Ryan Sheehy, sports reporter

Senior Ethan Paul could be the favorite to start the season at second base, but he could be shifted to shortstop. He has started 110 consecutive games at second base dating back to February 22, 2017, including all 62 games during his junior campaign in 2018. Despite seeing a drop in batting average last season from .251 to .237, Paul had career highs in hits (54), home runs (10), and RBI (44). The former Freshman All-American was also selected in the 26th round of the MLB Draft by the Pittsburgh Pirates. Paul belted a game-tying two-run homer on June 2 against Clemson in the NCAA Regionals and hit another game-tying two-run homer against Mississippi State during Game Three of the NCAA Super Regional. In 2019, Paul will continue his leadership role as one of the few remaining seniors and will look to improve his offensive abilities in his final season on the team.

If it’s not Paul at second to start the season, utilityman Austin Martin could slide in there if his services are not needed. Freshmen like Tate Kolwyck could also contend for the spot. — Drew Perez, sports reporter

There is a whole lot of uncertainty when it comes to shortstop. Last year’s starter, Connor Kaiser, decided to hang up his cleats at Vanderbilt after three seasons. He was drafted in the third round of the MLB Draft by the Pittsburgh Pirates, but there’s hardly a right answer when it comes to his replacement. Ultimately, I think Corbin will start out by moving Ethan Paul from second over to short for the beginning of the season. Paul was one of just two Vanderbilt Commodores to start in all 62 games last season, finishing second on the team in both RBI’s (44) and stolen bases (18). It’s important to note that Harrison Ray and Austin Martin both have the potential to log some time at short.

Meanwhile, the deep Vanderbilt roster has a number of young shortstops who could win that starting job as the season progresses. The first that comes to mind is Cam McMillan; the standout recruit was ranked by Perfect Game as the best shortstop in his home state of Missouri, and possesses a rare, 6’ 5” frame without sacrificing agility. –Simon Gibbs, senior writer 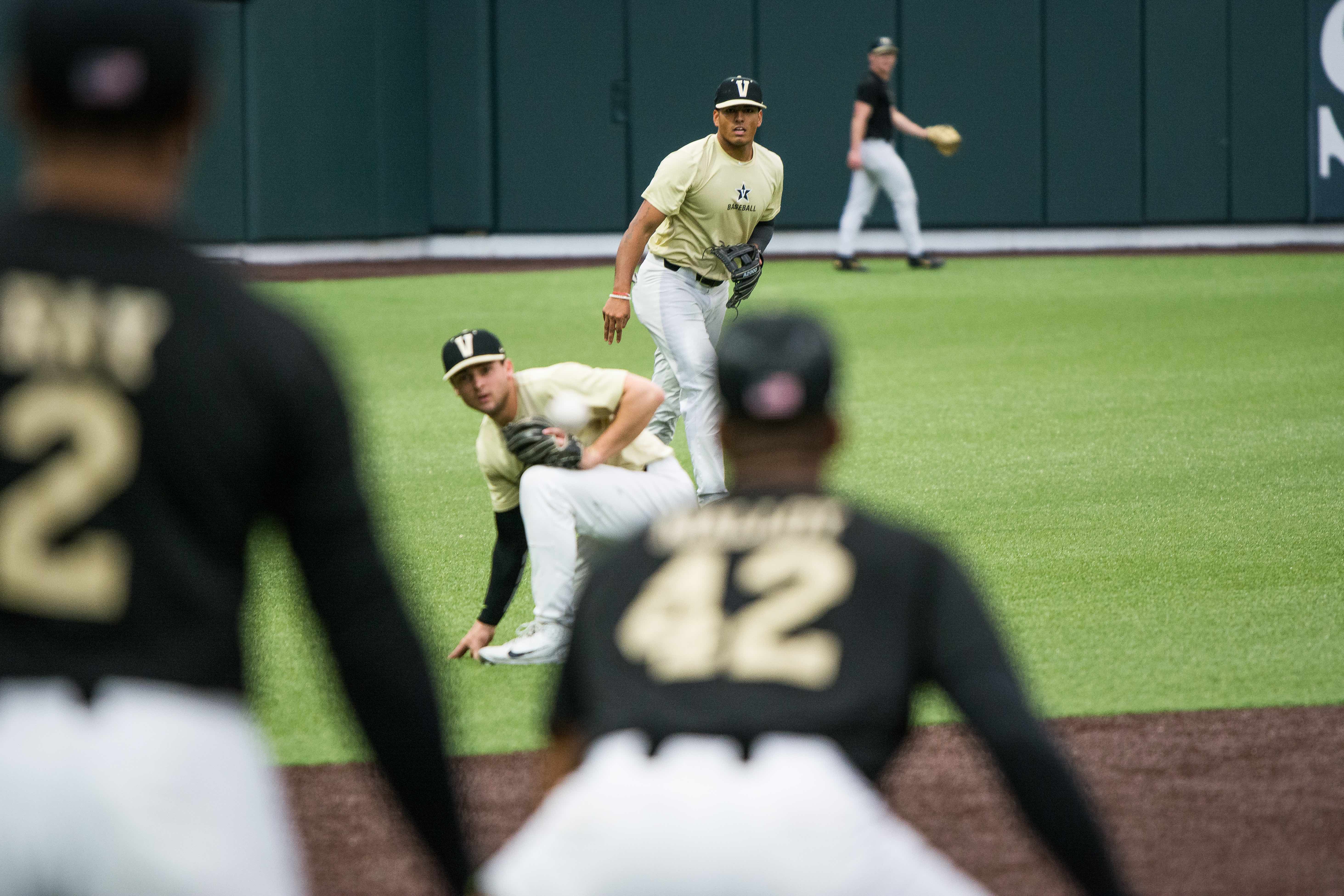 In last year’s position preview, I was confident that Jayson Gonzalez was the best candidate for the job. Even as a freshman, his high school accolades (National Championship, All-American, All State, 2017 National Classic MVP, first team All-San Gabriel Valley, first team All-Del Rey League, and Del Rey League MVP to name a few) simply could not be overlooked. Over the course of his first year, “Gonzo” made 39 starts, with some of his finest moments coming at the start of the season. Through his first 19 games, he tallied a batting average of .300 with a whopping 16 RBI’s and 3 home runs. In mid-march, he was named SEC Freshman of the Week after putting up astronomical numbers: a .364 batting average and five RBI’s in just three games. Ironically, the Covina, California product has had some success in the cold month of February, and he’ll look to add to that early on. He’s amassed a .325 average in this month, tallying 11 RBI’s in just ten games. This year, I’m expecting big things from Gonzalez at the hot corner. –Simon Gibbs, senior writer

Two of Vanderbilt’s outfield slots are as close to a lock as you can get on this team. JJ Bleday is a shoe-in to start at right field after leading Vanderbilt with a .368 batting average last season despite missing a considerable chunk of the campaign with an injury. He also got to play hero with a wal-off home run in Game Two of the Super Regional against Mississippi State. The Commodores looked like a different team with Bleday’s bat in the lineup, and he could finish this season as one of the best right fielders in the country.

In center field will be Pat DeMarco, a sophomore that has set the bar high for himself after a freshman campaign that saw him earn Freshman All-American honors. He led the Commodores last season with 116 total bases and 48 runs. In the Super Regional, he was an offensive machine, belting two home runs while batting .385. If he can carry that high-pressure performance over to this season, he could be looking at another very strong year.

Left field will be the big question mark for the Commodores this season. If Austin Martin, who played plenty of outfield last season, has to come in and play in the infield, it could open up opportunities for a number of young players. Freshman Isaiah Thomas saw time at left field during fall ball, and with his stellar speed, he could be a breakout player at the position. Sophomore Cooper Davis also saw some time in the outfield last season before an injury cut his season short. Freshman utilityman Dominic Keegan also got the chance to play in left field in the fall, and with his high-potential bat, he could see some time.

Of course, if he doesn’t play another position already, there’s always the chance senior Stephen Scott slides back into the outfield as well. –Cutler Klein, sports editor