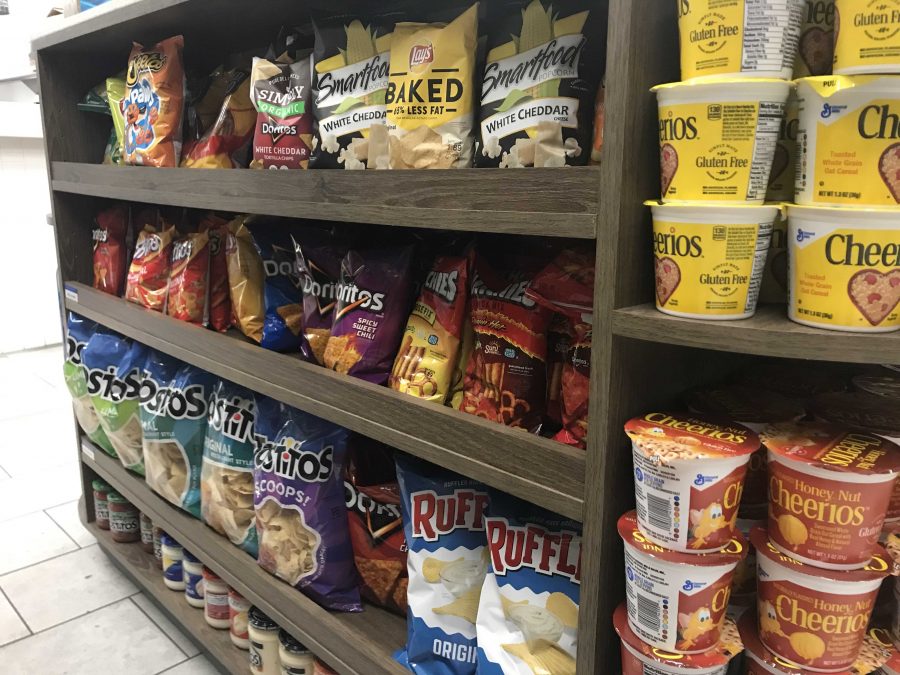 Whether you’re trying to feed the multitude of people who are scheduled to roll into your Towers suite on Sunday afternoon, or just wanting to get creative with some Munchie Mart staples, here’s a list of five dorm friendly recipes so you can eat like a champion while watching the Super Bowl.

Nothing screams Super Bowl snack like some chips and queso. Grab a block of Velveeta cheese and some Rotel, a semi-spicy mix of diced tomatoes and green chiles, toss it in a pot and just let it melt. I’ve never tried heating it all up in a microwave but go ahead and if you’re feeling brave.

The Munchie alternative: If you aren’t feeling up to making your own queso, Munchie Mart has Tostitos Salsa con Queso available.

The Munchie alternative: Settle for only one layer and pick up a jar of salsa or spinach dip from Munchie instead.

Wrap turkey, cheese and arugula in a tortilla to make 1-inch thick little pinwheels and skewer them with toothpicks. Add bacon, tomatoes or a pickle for extra flavor. Find the complete recipe here.

The Munchie alternative: Instead of several little pinwheels to share, grab individual, pre-made wraps from Munchie.

Looking for something a bit sweeter? Follow this recipe to make chocolate drizzled popcorn for a sweet and salty treat. You can find milk chocolate and popcorn at Munchie, and if you’re truly a dedicated fan, try adding food coloring to white chocolate to support your favorite team.

If you want to join one of the 70% of Super Bowl viewers who eats pizza during the big game, Mellow Mushroom allows you to place your order before the game here.

The Munchie alternative: Heat up a frozen pizza in all of its glorious forms: bagels, rolls, deep dish and more.