Vanderbilt blown out by Mississippi State, falls to 0-5 in SEC play 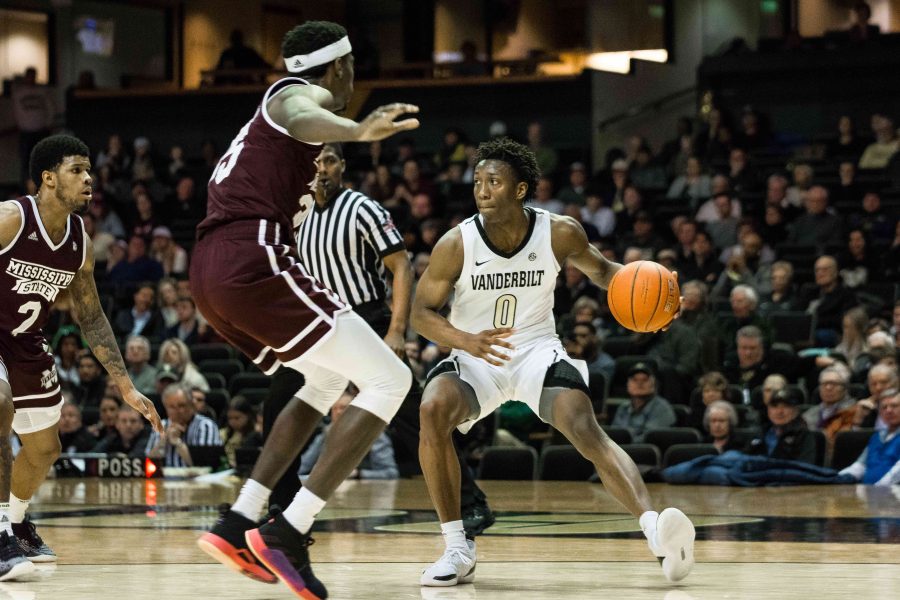 Vanderbilt must continue its search for an SEC win.

The Commodores could not shake off a slow start against the Mississippi State Bulldogs, and the team fell 71-55 on Saturday night at Memorial Gym.

Vanderbilt took over four minutes to score their first points of the game and started off 2-19 from the field.

Despite the Commodores’ initial shooting woes, head coach Bryce Drew did not believe that Vanderbilt was guilty of any major flaws on offense.

Although the Commodores began to find their offensive rhythm in the latter stages of the first half, Mississippi State seemed to always have a response. After a brief 5-0 run, Vanderbilt narrowed the score to 23-18. However, Mississippi State immediately responded with a mini run of their own and raced to a 35-23 lead.

By halftime, Vanderbilt closed
Mississippi State’s lead to eight. However, the the team’s youth and
inexperience still seemed to get the best of them in the second half. The
Commodores turned the ball over 14 times, which led to 18 Mississippi State
points, and shot a mere 54% (14-26) from the free throw line.

“Unfortunately, I can’t create any drills or anything in practice that equals experience,” said Drew. “A lot of the times, we do it well in practice, but then we get into the game, and it’s usually underclassmen that just don’t make those simple plays from practice.”

While Mississippi State had few
highlight-reel plays and only one scorer with more than 15 points, the Bulldogs
used their balance and discipline to expand their lead throughout the second
half.

A fast-break layup by Reggie Perry gave Mississippi State a 57-39 lead with 8:01 left in the game, and the Bulldogs cruised from that point on. Although Vanderbilt’s energy level seemed to drop as the Bulldogs continued to add to their lead, Drew did not believe that a lack of effort contributed to the loss.

“I don’t want to say we didn’t play
hard,” said Coach Drew. “They were just a lot faster than us tonight.”

Even though the game ended in a rout, one
reason for optimism is that Vanderbilt’s young players continued to gain
valuable experience. In fact, the second half saw three new players start for
Vanderbilt.

“We are trying to lay the bottom for
these guys, of non-negotiables and things we want this program to be going
forward,” said Coach Drew. “That’s why you saw certain people start the second
half that didn’t start the game. We are going to build that bottom, so at least
we know that bottom is not going to fall out.”

Maintaining a strong foundation and continuing to sharpen execution will both be essential as Vanderbilt looks ahead to its next game against Tennessee, one of the top-ranked teams in the country, on January 23.