On making hits and redefining pop with Theo Kandel 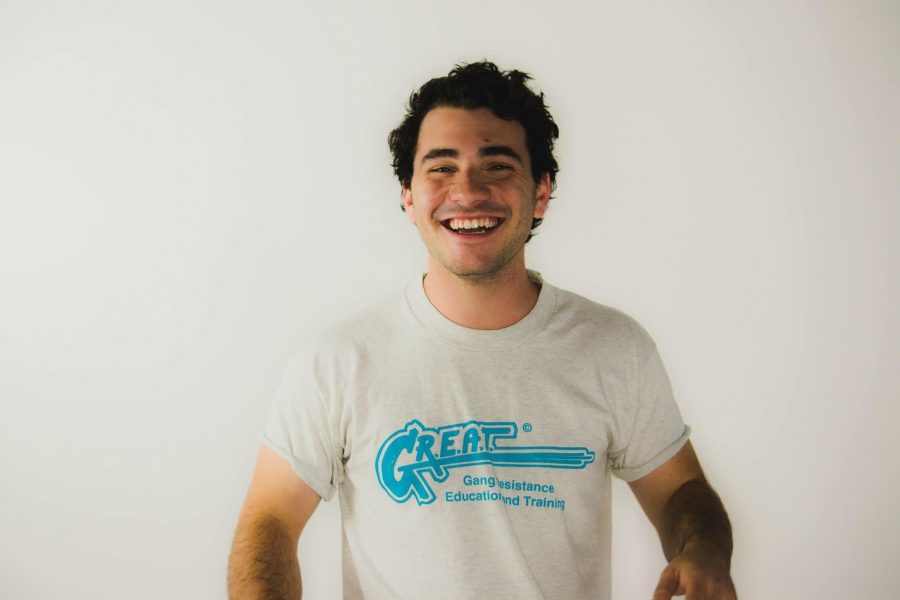 Matchbox collector, mead enthusiast and art-deco playing card lover, Theo Kandel, is in many ways a genuine old soul, albeit one steeped in boyish spunk.

If you were to take a look around his DIY recording studio in his shared off-campus apartment,  you would see chili pepper string lights connecting walls adorned with vinyl record covers featuring the likes of  Diana Ross, Jimmy Clanton and blues legend B.B. King. Below the walls tributing his creative idols sit worn desk chairs and discarded beer cans, the symbolic remnants of time spent by Kandel and his fellow Vanderbilt musician friends working to make something worthwhile.

His first official single, “Everybody Else,” was just released Jan. 10 on Apple Music and Spotify. It’s an upbeat pop song with a sing-along worthy chorus and verse after verse that tempt smiles if not full-on head bops and foot taps. It’s different from some of his older, sadder Soundcloud love songs,yet despite its upbeat vibe, it still has a message that means something.

“This song is about that feeling that you get sometimes when you don’t necessarily want to go out and it seems like everyone else is going out and they’re all telling you to go out and you don’t want to,” Kandel laughs, with a sort of amiright expression on his face. He takes a quick second to munch on one of his dinnertime staples, microwave taquitos, before continuing; he’s fitting this interview in before Melodore practice (yes, he is a Melodore).

“It also applies in general when you feel apart from a certain social group, but it’s a fun song. I want it to be fun, but still have a message I thought was interesting in some way, so it’s not just a happy pop song. It has a little more depth I think.”

Depth is important to Kandel. He shoots out words like “meaningful,” “powerful” and “extreme” as he talks about both his goals for his music and his reasons for admiring certain artists of the past and present. He mentions names like Shakey Graves and Bob Dylan, in keeping with the folk roots he prides himself on, with a deep appreciation of the genre’s intensity and poeticism that traces back to his childhood.

“My parents played a lot of Simon and Garfunkel growing up, and I was drawn to music that was more rooted in the song itself. During the time that I was starting off writing songs, I didn’t like where pop music was, which was when I was in sixth grade. I would read Bob Dylan lyrics and learn the Simon and Garfunkel guitar parts and try to learn from that folk genre as much as I could.”

While “Everybody Else” may be a departure from Kandel’s folk, singer-songwriter, self-ascribed “sad boy” beginnings, it is a natural next step for him as he charges forward in pursuit of commercial success. He hopes to follow in the footsteps of recent trailblazing artists like Bon Iver, Ed Sheeran and the Lumineers, who molded pop music without sacrificing their identities as artists and as people.

“I think that I don’t necessarily have to give up the folk side in order to pursue the things I want, whether it’s the lyrical quality of the music, or the music itself or the instrumentation. I think having that background in folk and having my very core root be in folk means that I would never lose that, no matter where I go.

“I want people to care about my music and I want it to matter to them and I want them feel something,” Kandel explains.

With his graduation just around the corner, Theo Kandel plans to release a few more singles in the coming months. Whether they are songs meant to be danced to or listened to while crying in the car, he promises they will all have a pulse and a pack a punch.

Kandel will have his first public performance of “Everybody Else” this Wednesday, Jan. 16 at Trimble House. The doors open at 6:30 and admission is free. Click here for more information.