Disabled at Vanderbilt: Sorority recruitment has an accessibility problem 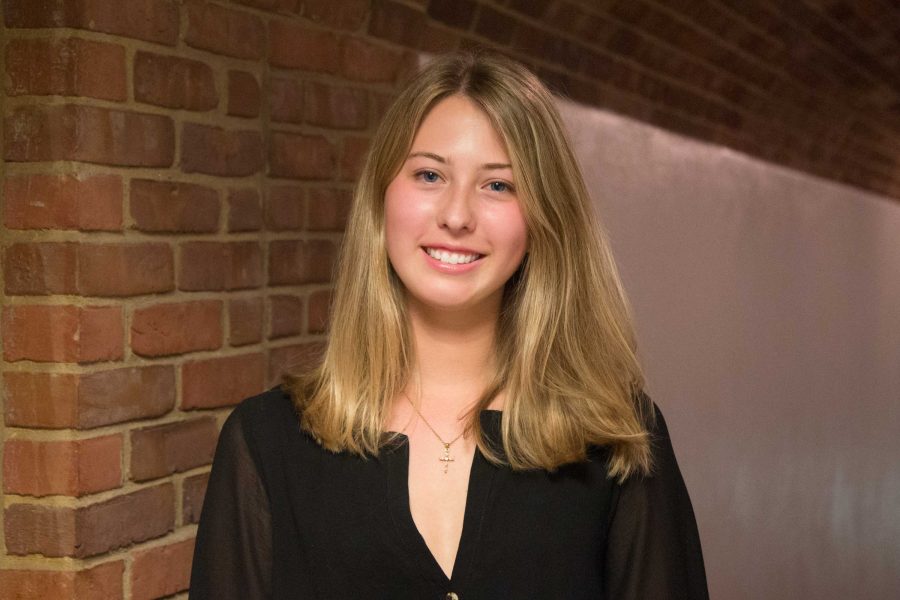 I believe that the sorority system at Vanderbilt has a lot to offer to both individual women and the entire community. Unfortunately, I do not believe that all women on this campus are given equal access to sororities. We’ve got an accessibility problem that’s leaving potentially wonderful sisters with no sorority to call home.

I spent the first semester of my freshman year counting down the days until sorority recruitment. I had found making friends at college intimidating and difficult, and I was excited to be able to join a sorority and find a community of other women to spend time with. I wasn’t sure what the recruitment process entailed, but I was certain that I would find the right people – women who wanted me to become a part of their chapter. I went into the first day with my favorite outfit and a healthy dose of optimism.

The optimism drained pretty quickly. I got into the first house and it was so loud – too loud to think. People I had never met kept introducing themselves and I wasn’t sure what to say. I really hate small talk, and I’m bad at it. I couldn’t tune out everyone else’s conversations, I couldn’t remember everyone’s names and faces, and I couldn’t figure out how I was supposed to get to know anybody in fifteen chaotic minutes. By the end of ten rounds I was exhausted and even felt sick to my stomach.

The sick feeling came back the next morning when I got my schedule and saw that I had been cut by seven chapters out of ten. The upside was that the second day of recruitment was much less overwhelming. The downside was that I felt like I must have made some terrible mistake in the first round.

To make a long story short, I did not make it through that first year of recruitment. I decided that it must have been because I didn’t know people in the chapters (since I didn’t have any friends at that time), and set my mind upon rushing again the next January. And I did.

But in the meantime, I learned some pretty important information about myself: that I am on the autism spectrum. Finally, my difficulties made sense. I don’t have the wiring that prompts people to make small talk. My senses process the world differently than others, and I am much more easily overwhelmed by, say, fifty people talking at once. And when I do become overwhelmed I have more trouble remembering faces and names. I also become anxious and tend to freeze up. So of course I got cut that first year – I’m bad at quick, surface-level conversations and the sensory overload probably left me seeming distant and uninterested.

So I went into sorority recruitment the next year with new hope. Now I knew how I was different, and I could try to correct for that. I still felt anxious and overloaded in each house, but I had practiced small talk topics and remembering to smile. I made a very intentional effort to remember names as each woman began a new conversation. At the end of the first day I was drained but feeling confident.

When I got my schedule the next day I was more surprised than anything. Once again I had been cut my the majority of the houses. And I won’t get your hopes up (I’d like to think by now you’re rooting for me) – I didn’t end up joining a sorority. I was ultimately cut by all but a single chapter. And while there are remarkable women in every single chapter at Vanderbilt, I knew the one house I had left was a poor fit for me. While I felt like I had connected with many of the ladies I spoke with over the two weekends, none of them were in the sole chapter that didn’t cut me.

Now, if you’ve been through sorority recruitment, I know what you’re thinking. Didn’t our recruitment counselor say that there’s a form you can submit if you need accommodations? Yep, you’re right – there is. It doesn’t list any available accommodations; it just asks you to tell the Office of Greek Life what you need.

So put yourself in the shoes of someone with anxiety (particularly social anxiety), a sensory processing disorder, autism/asperger’s or any other type of neurodiversity. What do you need to be successful in this process? I would say more time to get to know the women, a halt to the revolving door of new faces, and much less noise. Essentially, people like me need the whole process to be different.

That seems like a pipe dream, I know. But exactly what about the rapid succession of small talk indicates that a woman will be a good sorority sister? Why, exactly, do we have to stay married to a process that weeds out people because they have a disability or difference?

The answer I sometimes receive when I pose that question is that continuous open bidding (COB) in the fall is a better option for people like me. But only a small group of chapters participate in COB each year. And is that fair, equal access? For there to be six, seven, or even eight sororities that aren’t an option?

Of course not. Though I seriously doubt that the discrimination is intentional. I think that the Office of Greek Life, Panhellenic leaders, recruitment counselors and most sorority members want to make the recruitment process as accessible as possible. That’s why I’m writing this article – to point out the people who are falling through the cracks in the current system.

Over the past couple of years, members of the Vanderbilt community have worked incredibly hard to decrease the stigma around both disabilities and mental health challenges (InclusAbility campaign, Go There campaign, etc.). Making adjustments to the recruitment process is no small task, but I have faith that Vanderbilt will prioritize this issue in the interest of equal access. Hopefully there will be a day soon when every woman on this campus feels equipped and empowered to find her sorority home at Vanderbilt.

All photos are of Vanderbilt Formal Sorority Recruitment in January 2018. (Photos by Claire Barnett)