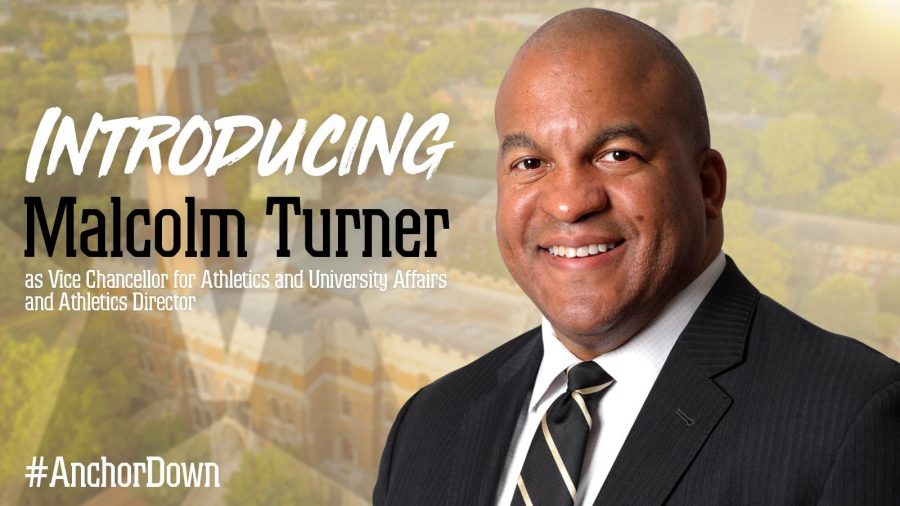 The search is over.

“I am honored to join such a storied university with a historic commitment to excellence in everything it does,” Turner said in a press release. “Vanderbilt University and the city of Nashville are on the move, and I’m excited to be a part of that transformation and help position the Commodores and Vanderbilt’s unique approach to developing student-athletes as a national and international model. I look forward to supporting and partnering with our student-athletes, coaches, facility managers, staff and the entire Commodores community to help attain and provide the resources for our teams to succeed.”

Turner comes to Vanderbilt after four years at the helm of the NBA G League in which he oversaw rapid growth for the NBA’s developmental league. Under his watch, the G League scored a major title sponsorship with Gatorade and reached new heights in player development with the introduction of the innovative two-way contract, which allowed for players to split time between the G League and the NBA.

In addition, the G League added 10 new teams in Turner’s tenure through a close partnership with the NBA. 27 NBA teams now have single affiliations with G League teams.

“Malcolm was a unique candidate and is a perfect fit for taking Vanderbilt Athletics forward,” said Vanderbilt University Board of Trust member John R. Ingram. Ingram served on the search committee and also chairs the board’s Athletics Committee. “I’m excited to assist and support Malcolm as we write this next chapter in Commodores history.”

Prior to joining the G League, Turner built the consulting division of Wasserman Media Group, creating and managing sports, entertainment, venue and new product launch strategies for leading corporate brands and properties. He also launched Wasserman’s Golf Division as one of the leading golf management teams representing some of the game’s top personalities and brands.

“I set out to find a thought leader with the skill set and vision to manage the next stage of transformation for Vanderbilt Athletics, and that’s exactly what we found in Malcolm Turner,” Chancellor Nicholas Zeppos said. “Malcolm is a proven executive with deep expertise in multiple business disciplines including management, marketing and development across the sports landscape of teams, leagues, facilities and major events. He also carries a deep and personal commitment to education, evidenced by his own academic achievements and his extensive community service. His exceptional skills, combined with his passion for education and drive for excellence, will bring immense value not only to the Vanderbilt Commodores, but to the rest of the university and to the entire Nashville community.”

Lots of sports industry executives praised Turner for his innovation and his leadership.

“Malcolm is an exceptionally talented executive and an all-around great person,” said former NBA commissioner David Stern. “The NBA benefited tremendously from his leadership, acumen, and collaborative mindset – he’s one of a kind. He expanded the NBA’s development league in unprecedented ways to form the successful G League, and enhanced the league’s commitment to player, coach, and staff development. I have no doubt he will bring that same commitment to excellence and impact to Vanderbilt’s Athletics Program.”

Turner’s hire comes after a long process to replace David Williams that began in September with Zeppos seeking and gathering input from coaches, students, alumni, faculty, staff and the Commodores larger fan base about Vanderbilt Athletics and what is needed to continue the program’s success.  An advisory council comprised of Vanderbilt students, faculty, staff and alumni also informed the search, serving as a resource for the chancellor in identifying the qualities and important responsibilities of the athletics director. The formal search committee was supported by executive search firm Korn Ferry’s Jed Hughes and Kyle Bowlsby, was chaired by Zeppos and included Vanderbilt Board of Trust Chairman Bruce Evans, Ingram, Vanderbilt School of Medicine Associate Dean of Alumni Affairs and alumna Ann Price, a former Commodores standout in singles and doubles tennis, and YWCA of Nashville and Middle Tennessee Vice President for External Affairs and alumnus Shan Foster, one of the most decorated basketball players in Vanderbilt history.

There will be a media conference call with Turner later today.