The Off-Brand Opinion: Is birthright citizenship consistent with conservatism? 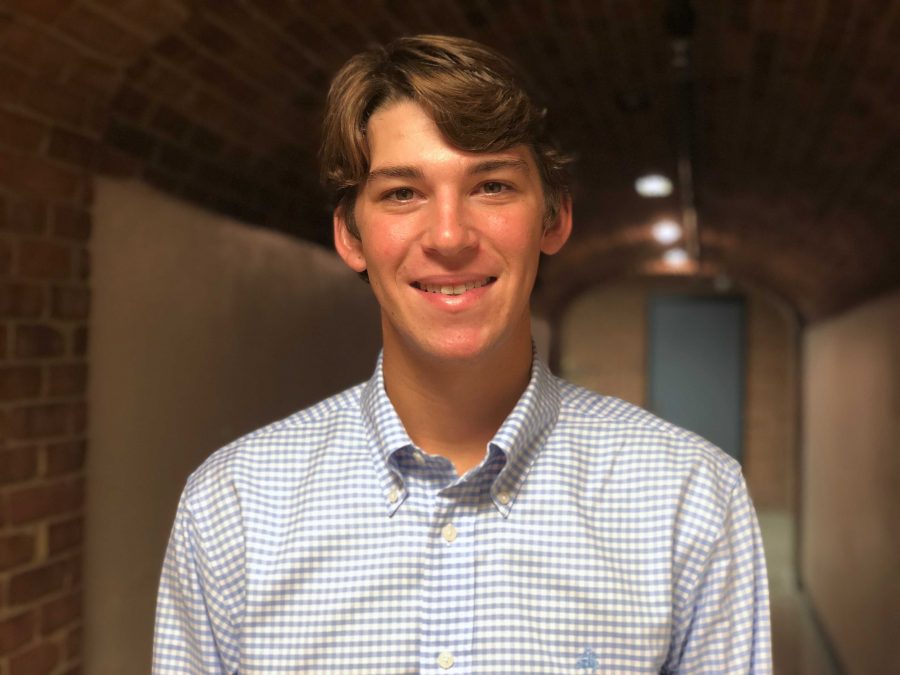 The reasons for my happiness at Vanderbilt abound, but there is one reason that rises above the others and is unique to our local experience. This factor is the subjectivity that follows from being surrounded by students from the suburbs of Chicago to the shores of California, and by other individuals hailing from nations across the globe. All of these people of diverse backgrounds converge at an SEC school in Nashville, TN. It is a distinct situation. It is a situation, though, that compels one to abandon simplistic assertions that most things are objective, and embrace a worldview that considers the merits of the views of one’s peers from a multiplicity of backgrounds.

In the light of recent events, I believe that the above assertion is one of necessity. President Trump’s announcement that he will be considering signing an executive order which will effectively end birthright citizenship shocked the country and brought about extensive discussion of the order’s constitutionality. Let’s consider the case law surrounding the issue.

There are three century-old federal cases that establish the perceived precedents on the issue. The first two (Slaughterhouse Cases (1872) and Elk v. Wilkins (1884))  support Donald Trump’s position. One supports the opposing view, which has been the basis for concept of birthright citizenship ever since (U.S. v. Wong Kim Ark (1898)).

The majority opinion from the Slaughterhouse Cases (1872) narrowed the scope of the Privileges and Immunities Clause of the Constitution on the grounds that it ought to protect the rights of former slaves, just as the Fourteenth Amendment intended to do. In other words, the case implies that the Fourteenth Amendment was solely intended to protect former slaves, and did not apply more broadly to foreign non-citizens. Elk v. Wilkins (1884) concludes that a Native American born within his tribe on American land was not entitled to citizenship simply by virtue of the fact that he was born within the United States.

The case that appears to contradict the above precedent, United States v. Wong Kim Ark (1898), determined that Mr. Ark, the son of non-citizen parents, ought to be granted citizenship. There is, however, a caveat. Mr. Ark’s parents were legally domiciled, meaning that they were permanent residents of the United States. However, they were not, in fact, citizens of the United States, but rather of China. Since this momentous case in 1898, the concept of birthright citizenship has applied to children born to all non-citizen parents regardless of permanent residence. For all practical purposes, this interpretation of the case as applying broadly has been established law ever since.

Whether or not Trump can alter the long-standing interpretation of the United States v. Wong Kim Ark (1898) decision and the Fourteenth Amendment via an executive order is an entirely different story. It seems that the Trumpian argument against birthright citizenship is fairly cohesive and is of some merit. Yet, it also stands that the concept of birthright citizenship feels intrinsic to the character of the United States as the land of opportunity. Instead of engaging in partisan and unproductive quarreling over the constitutionality of this proposed executive order, let’s consider whether or not its practical implications are something we desire as Americans. Are the consequences of this move consistent with traditional conservative thought?

The answer is not readily apparent. While most automatically assume the conservative position is anti-birthright citizenship, we must engage with other relevant policy considerations. The first widely agreed-upon conservative position that comes to mind and relates to the concept of birthright citizenship is the pro-life stance. Common to both the notion of pro-life support and that of birthright citizenship is the existence of a child that has minimal control over his or her own fate. The metaphysical premise to the pro-life argument follows that a child or fetus is an entity wholly independent of the mother or father, endowed with his or her own rights. These children are thought to be entitled to the right to life and that right cannot be violated by an external party, especially since the child is utterly powerless.

The case is the same with regard to children whose parents illegally immigrate to the United States before their birth. They have no control over the decisions made by their parents. They are totally independent. It seems that there is little difference between a child born to citizen parents or non-citizen parents, assuming both were born within the borders of the United States. There appears to be no valid reason to deny a impotent individual the opportunity that their immediate peers are given.

I would like to leave open the question of whether the suspension of birthright citizenship is representative of conservatism. Political ideology and the labels that define those ideologies are in constant flux. And, surely, it would be beyond presumptuous to assert that my opinion can stand for that of all conservatives at Vanderbilt. Again, the same standard applies for Donald Trump as it concerns all right-leaning Americans. It may be an unpopular opinion, but I believe we ought to pursue free thinking that is consistent with a larger philosophical framework and separate from political leaders or party. We must ask ourselves if the abolition of birthright citizenship is truly compatible with our most foundational beliefs.