Podcasts that will keep you spooked this fall 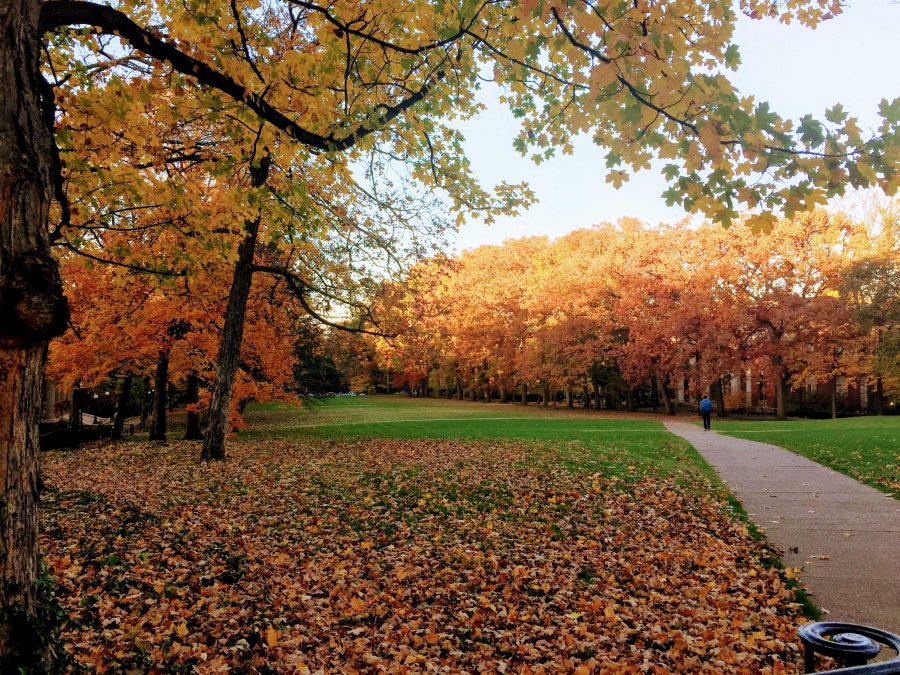 Check out any and all of these eight spooky podcasts, just in time for Halloween.

Lore
Written and produced by horror author Aaron Mahnke, Lore delves into the dark side of history and folklore. From the origins of vampires to the workings of serial killers such as Jack the Ripper, Lore is just as fascinating as it is chilling—so much so, in fact, that Lore has been adapted into an Amazon Prime original series.

Lore currently stands at 98 episodes, and new episodes are released every two weeks on Apple Podcasts, Spotify and Google Play.

The Magnus Archives
The Magnus Archives is a horror-fiction podcast that follows Jonathan Sims, an archivist for the Magnus Institute, an organization that investigates the “strange.” Each episode is thrilling on its own, but as the whole story starts to unfold, you realize that these strange occurrences aren’t necessarily disconnected.

The Magnus Archives has released 120 episodes so far, with new episodes released weekly on Apple Podcasts and Spotify.

Black Tapes
Black Tapes is a procedural fiction podcast about two people’s experience with the paranormal (think The X-Files in podcast form). The storyline is intensely dramatic almost to the point of confusion, but the atmosphere and content itself is so effective at keeping you engaged that it really doesn’t matter.

Black Tapes wrapped up in 2017 and contains 30 episodes over 3 seasons. You can listen on Apple Podcasts, Spotify and Google Play.

Episodes of The Last Podcast on the Left are released weekly and can be found on Apple Podcasts and Soundcloud.

Knifepoint Horror
If minimalism is more your thing, look no further than Knifepoint Horror. With minimal effects and only a single first person narrator, Knifepoint Horror is reminiscent of spooky tales told around a campfire. Although all of the episodes are quite terrifying, “possession,” “sisters” and “staircase” are particularly chilling.

Episodes of Knifepoint Horror have been released intermittently since 2010 and can be listened to through Apple Podcasts and Spotify.

The NoSleep Podcast
Originating from the subreddit r/nosleep, The NoSleep Podcast features multiple original spooky short stories per episode. NoSleep makes use of multiple talented voice actors and boasts a high overall production value, giving each episode its own sort of personality.

There are currently 300 episodes of The NoSleep Podcast, and new episodes are released weekly. You can listen on Apple Podcasts and Spotify.

Unexplained
Unexplained delves into terrifying tales of the absurd and unexplainable, real life events and mysteries that have not yet, and might never, be explained. The narrator is fantastic at delivering potent and entertaining descriptions of events, resulting in a sense of wonderment that accompanies the creepy.

Unexplained is a biweekly podcast and can be found on Apple Podcasts and Spotify.

New episodes of Two Girls One Ghost are released regularly, and can be found on Apple Podcasts, Spotify and Google Play.