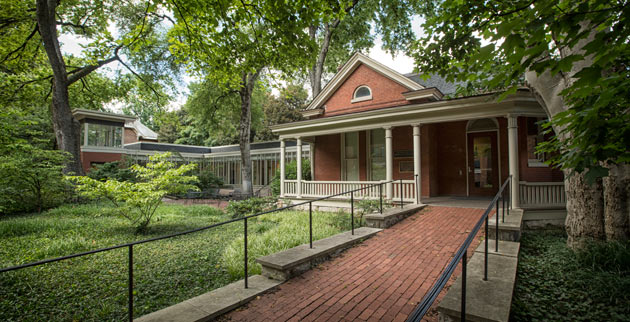 The next speaker in the Salon Moderne series will be Dr. Herman Beavers, English and Africana Studies professor at the University of Pennsylvania. Beavers will speak on his poetry book, Obsidian Blues in Buttrick 222 at noon on Nov. 2. Lunch will be served on a first-come, first-served basis.

“We’re trying to feature speakers who will investigate some of the salient questions that we’re grappling with around race, around gender, around social inequality,” Sharpley-Whiting said.

On Nov. 3 at 7 p.m., the African American and Diaspora Studies program will host an event in the Bishop Joseph Johnson Black Cultural Center auditorium with Dr. Jessica B. Harris, African and Caribbean culinary expert, author and journalist. According to Professor Sharpley-Whiting, Dr. Harris will discuss traditions surrounding African and Caribbean food and “debunk some of the ideas around food in black communities around the United States.” Attendees will also have the opportunity to taste food at the event.

Previous speaker topics include the “Mothers of Massive Resistance: White Women and the Politics of White Supremacy,” “How to Be Less Stupid About Race: On Racism, White Supremacy, and the Racial Divide,” and “Jezebel Unhinged: Losing the Black Female Body in Religion and Culture.” According to Sharpley-Whiting, next semester’s Salon Moderne events will focus on Black Studies & 50, in honor of the program’s 50th anniversary at Vanderbilt.

Professor Claudine Taaffe said that many of the diverse topics discussed are highly relevant with regards to current events.

“Once we figure out how to find solutions to the problems that face marginalized communities, African Americans being one of them, it makes the world better for everybody else,” she said. “There is a lot that’s happened historically that is very, very much connected to what’s happening currently. There is an advantage and a necessity to know that kind of history. Nothing happens for the first time. When we think something’s happening for the first time, I think we react in a particular way. But, knowing that this is an ongoing legacy of inequity, a legacy of racial, sexual, discrimination, informs your approach in a different way.”

According to Sharpley-Whiting, another purpose of the speaker series is to increase synergy between academic and extracurricular programming for African American and Diaspora Studies.

Taaffe said that the speaker series gives students an opportunity to discuss the ins and outs of research and professorship with the scholars. This fall’s Salon Moderne series was the first to include books that established scholars had authored.

“In a lot of ways, it’s kind of like a real world application of what’s going on in our classes,” she said.

For sophomore Sonya Williams, the series has been a source of motivation to give a talk of her own.

“Personally, after attending one of the series, I started to want to express my own ideas that I had about these issues that continuously affect us, and really want to spread understanding about the deeper roots that a lot of them contain,” she said. “I was inspired to give a talk at a McGill Hour. My running title is, ‘Why Can’t Black People Be Like (insert racial minority) and I’m going to give a talk that goes into the history of why Black people in America are marginalized. It’s going to talk about it in relation to immigration and bringing in other minorities: people among the Asian diaspora and their role in America, the model minority myth and its role in America, Latin Americans and their role in America…Wanting to actually spread that really initially started with the speaker series.”