Letters From A Lesbian: The HHS “gender memo” is more dangerous than you realize 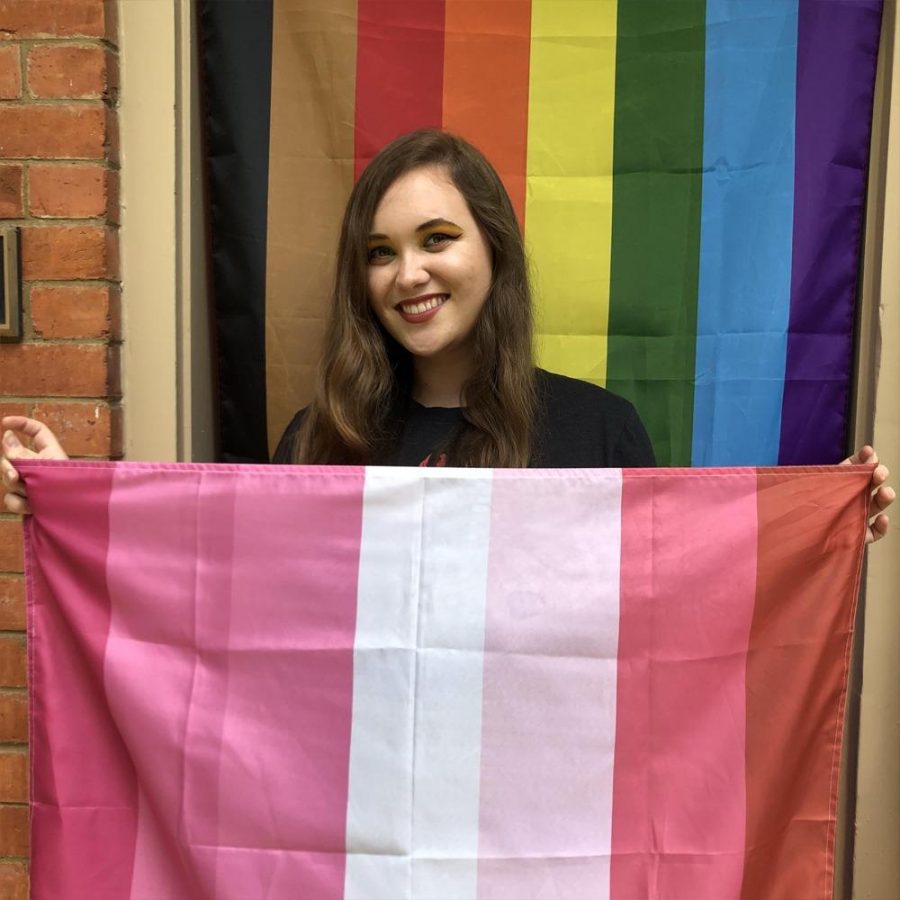 We’re all aware that a lot goes on behind closed doors in politics. The specifics of policy creation and implementation are generally understood as realms reserved for highly specialized and (hopefully) qualified individuals. However, I’m personally grateful for those that leak the details of those negotiations to the public. Without them, it might be possible to forget the extent to which the current administration actively hates and wants to harm marginalized communities. I went into this fall break looking forward to relaxing in the wake of my midterms. I returned absolutely furious, completely exhausted and utterly terrified for my transgender friends.

This weekend, a memo from the United States Department of Health and Human Services (HHS) leaked to the New York Times. The contents of this memo outlined a collaborative plan between several departments, including the Departments of Education, Labor, and Justice, to adopt a more restrictive definition of gender for the purposes of government oversight. The new definition proposes a strict understanding of gender as biologically based, citing that metric as being more “objective and administrable” than Obama-era policies allowing for a greater degree of individual determination.

This latest development in what has grown to be a series of increasingly overt attacks against the LGBTQ community under the Trump administration builds directly upon previous assertions that transgender individuals do not comprise a protected class under federal anti-discrimination law. It appears to be an escalation of previous opinions espoused under the Administration, such as the 2017 Justice Department memo proposing that gender identity was not covered under current civil rights and employment anti-discrimination policy.

The specific combination of the departments implicated within the memo is no accident. All four of the involved departments are the primary ‘keepers’ of Title IX policy. Title IX, in basic terms, is a 1972 civil rights law passed by the federal government which prohibits sex-based discrimination in any educational institution or activity that receives federal funding. Many court rulings have extrapolated the concept of ‘sex’ to include gender identity for the purposes of anti-discrimination law. However, HHS has proposed utilizing the more stringent definition outlined by Texas Judge Reed O’Connor. This definition distances sex from gender identity absolutely, claiming that gender identity is not a definable or actionable axis meriting federal protection.

Why is this such a big deal, you ask? After all, the federal government has to have a way to universalize the definitions for legal terms. It’s not like they’re openly preventing people from transitioning or making hormone therapy illegal (yet). Is legal and political erasure really that pressing of an issue?

The answer is yes, and for more reasons than the obvious. I’ve already seen people posting about how the memo is just a distraction from bigger things the Administration has going on, that it’s refocusing attention on the executive branch rather than the terrible things coming out of Congress weeks before the Midterms, that it’s just a concept at this point and not worth talking about till there’s tangible repercussions. A significant number of people seem to think that legal definitions are just words, that they don’t have ripple effects across all areas of political and social life. This is an incredibly dangerous stance to take, and ignorance of this ‘purely linguistic’ change can result in life-threatening consequences for trans people nationwide.

Firstly, the involvement of Title IX in this issue stands out as a huge red flag for me. As one of the hallmark pieces of anti-discrimination legislation, a huge percentage of contemporary civil rights law draws upon its wording and, by extension, the definitions of the terms it uses. The sheer legislative weight that Title IX carries means that any change to its component parts will catalyze changes in all of its subsidiary policies. Law is not a jumble of segmented ideas converging on a prevailing ideology; it is a nebulous, self-referential network of concepts and intent that builds upon itself in order to shape the dynamics of our society. The specific exclusion of transgender people, an inarguably marginalized demographic, from the foundation of this legislation means that the Trump administration has a vested interest in denying them visibility, advocacy or any form of a legal existence.

More tangibly, the desired consensus among all four of the departments involved in anti-discrimination law implies heavily that the administration is not going to stop at the parameters specified within the memo itself. They want the justice department to confirm the new definition universally, making it viable for implementation in all areas of legislation. Title IX and its subsidiary policies are not an endgame. The memo itself specifies that its writing was reactionary, prompted by a flood of court decisions across the last year affirming the Obama-era stipulations protecting transgender people in all forms of discrimination suits. The recentering of the gender debate upon genitalia and medical characteristics implies a planned move against transgender individuals in healthcare policy and beyond.

The new definition also provides increased affirmation to an old talking point obsessed over by conservative politicians and pundits alike; bathroom bills. Setting the ‘biological precedent’ as the key determinant of federally-recognized gender provides more ammunition to states whose legislators seek to police the stalls of grade-school restrooms and locker rooms. The Department of Education’s current policy has been to simply dismiss any claims filed on behalf of transgender students facing discrimination, but this new definition will allow them to justify their decisions with established law. This also raises concerns for transgender individuals seeking justice for harassment or assault that occur as a result of their use of these gendered spaces, with many advocacy groups worried that it will legitimize violence as a result of “trans panic” in the eyes of the law.

Additionally, there is a growing body of evidence that calls into question the existence of a true, biological gender binary. The findings of multiple large-scale studies have demonstrated the inaccuracy of claims regarding ‘brain sex,’ as well as the possibility that approximately two percent of the population deviates from the expected phenotypical/genotypical correlation associated with the concept of dichotomic ‘biological sex.’ These individuals who do not exhibit chromosomal or physical traits consistent with the normalized gender binary are referred to as intersex individuals, and they also stand to be severely harmed by the ramifications of the definitional change outlined in the HHS memo.

The proposed procedure for determining biological gender is, as implied in the memo, a physical examination of genitalia to determine with certainty the individual’s federally recognized gender. This will then be recorded on a birth certificate and be rendered permanent in the eyes of the state. However, in the case of ‘indeterminate’ genitalia (i.e. genitalia that does not fit concretely into either the conventional conception of a vulva or a penis), or genitalia that does not match what is recorded on the birth certificate (for example, in the case of gender-affirming surgery), the individual would be required to undergo a more invasive genetic test to determine their chromosomal makeup.

Beyond potentially having shameful ramifications for individual privacy and dignity, this implements a difficult and potentially traumatic double-bind for the not-insignificant number of individuals with alternate chromosomal profiles than XX or XY as well as ‘indeterminate’ genitalia. A sizable number of intersex individuals (primarily children) are currently coerced into getting ‘corrective’ cosmetic surgery to normalize their external genital appearance, an issue of autonomy and personal choice that has faced increasing pushback from intersex advocacy groups in recent years.

The fact that the Trump administration is so blatantly attempting to legislate a demographic of over 1.5 million people out of existence is absolutely unacceptable. This simple definitional alteration stands to give our government the power to deprive an exceedingly vulnerable population of necessary civil rights and their avenues for self-advocacy. Current conservative rhetoric is all about getting Big Government out of our schools, our homes, our businesses, but they apparently have nothing against its infinitely more intimate interference in our bodies and our very DNA.

Be aware of your state and local political climate. This should come along with doing our civic duty and voting in this midterm cycle, but one way to make your advocacy more effective is to actually know what’s going on in small-scale politics. State policies often become blueprints for more extensive federal legislation. For example, Massachusetts has on its midterm ballot a referendum that, if a majority vote No, will repeal a law banning discrimination based on gender identity in public facilities. Question 3 on the MA ballot is just one iteration of the potential attacks on the social and legal rights of transgender people. Ensuring that you stay in tune with local politics will allow you to take informed actionable steps to protect all marginalized communities when their rights are under attack.
Materially support trans-led organizations, movements, and advocacy groups. Shelters, legal clinics, bailout funds, and reform campaigns all serve different purposes in the broader push for civil rights and liberation. Donating time, money, or resources to organizations like Nashville’s Oasis Center (who run programs like the JustUs youth initiative and T.Y.M.E, or Trans Youth Meet to Empower), Nashville CARES, or the Tennessee Equality Project will allow you to provide much-needed support and assistance, as well as help you become more informed about the issues facing the local and national community.
Support and uplift trans voices and narratives, and expose those around you to more diverse viewpoints and experiences. It’s difficult to achieve a meaningful culture shift if we aren’t attempting to shift the culture which directly surrounds us. This doesn’t mean get into a bar fight with your cousin whose idea of a funny joke ends with shouting the word “triggered” over and over again, but it does mean understanding that choosing to stay silent when you have the privilege to speak without being harmed doesn’t solve anything. The people promoting or believing in bigotry view similarly privileged people as their peers, and they also see silence as a tacit endorsement of their views.
Get involved in local social movements, and involve your friends. Going to protests and taking selfies with funny signs you find there should be subsidiary and complementary to other activist work, but actively getting bodies at a rally is much more important than most people assume. People begin to listen when people are willing to go outside in the heat or cold for a cause. Help out with volunteer or security coordination, host sign-making events, or offer to carpool to the rally itself. If you want to kickstart your social involvement soon, there’s a rally this Sunday, organized by Nashville’s chapter of GLSEN and the Change Project, to oppose the HHS memo and let the country know that we stand with transgender and intersex individuals in this attack on their rights. The Vanderbilt Lambda Association will be hosting a sign-making event in anticipation of the rally on Friday from 5:00 p.m. to 6:00 p.m. in the KC Potter Center.

Ultimately, we should all be absolutely furious about this egregious attempt to set a precedent for the denial of civil protections and rights to one of the country’s most vulnerable populations. Unfortunately, I’m afraid this kind of news is going to be par for the course of the next two years. It is up to us to mobilize within our communities, to support one another and to make it clear that we will not tolerate any attempt to degrade or relegate anyone to the status of a nonexistent being in the eyes of the law. I, and hopefully everyone who reads this, will do whatever is within our power to ensure that trans people #WontBeErased.