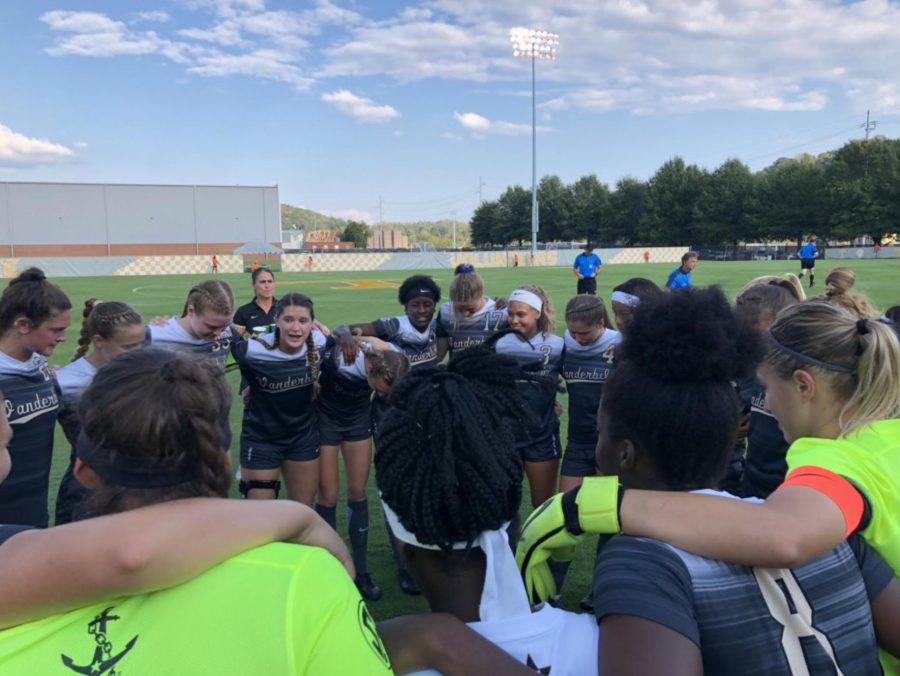 #19 Vanderbilt Soccer went to Knoxville and took down the ninth-ranked Tennessee Volunteers 3-1 on Sunday. Vanderbilt has now won 13 straight games.

After conceding an equalizer midway through the second half, Peyton Cutshall and Haley Hopkins scored less than 30 seconds apart with about 15 minutes remaining to secure the win for Vanderbilt.

“We were able to come back and fight until the end,” Hopkins told ESPNU after the game. “Our defense’s soccer IQ is so high, and I know I trust them to get the ball up there. I owe it to them to try my hardest and run super hard.”

Despite losing the possession battle to Tennessee early on, Vanderbilt found the first tally.  After taking a through ball into the box, the team’s leading scorer in Hopkins made a defender miss and put the ball past Tennessee keeper Shae Yanez to put the Commodores up 1-0.

Tennessee kept the pressure on after conceding the first goal and the Volunteers’ dynamic attack got to work. United States U-20 National Team player Erin Gilroy put a golden chance wide of the far post after cutting down the wing at 24:49 of the first half.

The Volunteers began to dominate the attack throughout the half despite missing one of their top scorers in Bunny Shaw, who is playing with the Jamaican National Team in Women’s World Cup qualifying.

Vanderbilt moved the ball downfield a little more as the half ran down, but could not find any shot attempts. Tennessee ended the half with a 5-4 advantage in shots but failed to put a shot on goal in the first 45 minutes. All four of Vanderbilt’s first-half shots came in the first 15 minutes of the game.

The two teams alternated possession to start the second half, but Tennessee proved to be the more dangerous side as the Volunteers got more space in the attacking third. However, Vanderbilt’s strong back line consistently blocked shots and prevented Tennessee from putting any shots on the net frame.

Over 15 minutes into the second half, Vanderbilt conceded a free kick from about a foot outside the box. Tennessee’s Anna Bialczak took the pick and put it right into the chest of goalkeeper Lauren Demarchi.

After Vanderbilt kept up an attacking presence, Tennessee equalized the game in the 69′ minute on a defensive breakdown in front of the net. Grace Jackson failed to clear the ball for Vanderbilt and McKinley Burkett took it back and put the ball in the empty net.

Demarchi kept the score level for Vanderbilt a few minutes later with a lunging save on a Tennessee header off of a corner kick. That proved to be a big difference-maker as Vanderbilt’s offense turned on the jets shortly after.

Vanderbilt’s Nia Dorsey lofted a ball into the box from a wide area and freshman Cutshall rose up for the header to put Vanderbilt in the lead. Just 30 seconds later, Hopkins capitalized on a rebound opportunity to double Vanderbilt’s advantage to 3-1.

Riding the 13-game winning streak, Vanderbilt will finish off a three-game stretch of ranked opponents when the Commodores take on South Carolina on Friday night at the Vanderbilt Soccer Complex.