In response to Chen’s attack on affirmative action: the truth 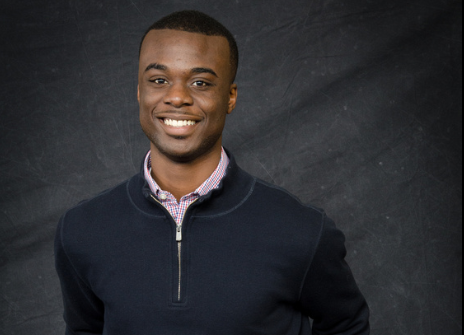 Earlier this week, the Hustler published an opinion piece by Harrison Chen, entitled “Harvard, the buck stops here.” Admittedly, I was glad to see the piece; it offers a true testament to the character of the University as a place where students can feel comfortable sharing their opinions on issues of consequence. Nonetheless, I find Mr. Chen’s account to be lacking even a surface level consideration of history or the real-life implications of what he is proposing.

Setting aside the misleading (and in some cases plainly inaccurate) sources that Chen cites as evidentiary support for his claim, I want to point out three realities that plague his analysis.

First, Chen implies that a student’s grades and standardized test scores ought to be the sole factor in determining whether that student should be admitted to a college or university—the implication being that the Black and Hispanic students who get into Harvard do so with substantially lower scores than their Asian and White peers, and thus are not there on merit. This assumption suffers from a faulty generalization.  While it may be true that the national average on standardized tests is lower for Black students than other ethnic groups (because of the racial and wealth disparities in standardized testing), the Black and Hispanic students who get into Harvard routinely score above 1400 on the SATs and have 4.0+ GPAs. I don’t know how large Mr. Chen thinks the “bump” is, but it is certainly true that no one gets into Harvard with a 1200 (for example). Not even the Black kid he’s thinking of.
It shouldn’t be so easy to forget that a series of discriminatory laws and policies have resulted in incredible inequalities
Furthermore, more than 5,000 students apply to Harvard every year with perfect math and/or verbal SAT scores—that’s enough to fill the class twice over. How does one decide between these students? It’s simply not practical to say that universities should only look at numbers, especially when success in the “real world” requires so much more than knowing how to finesse a test. Such a narrow view of what constitutes “merit” only serves to disadvantage students who’ve shown success-linked traits like grit and other non-cognitive skills.

Secondly, Mr. Chen’s analysis is devoid of any historical perspective. It shouldn’t be so easy to forget that a series of discriminatory laws and policies have resulted in incredible inequalities with regard to wealth, academic achievement, housing and more between Black families and white families (and Black families and Asian families, if we’re being honest). These gaps don’t disappear when students apply to college.

What Mr. Chen is really asking, then, is that Black students and other marginalized students—who were born into a society which subjected them to such discrimination—compete as if that discrimination didn’t exist.

Until Black kids enter kindergarten or high school or the workforce with the same opportunities for success as their white and/or Asian counterparts, affirmative action policies are a necessary part of the formula for making sure that a greater number of Americans have access to “life, liberty and the pursuit of happiness,” as promised over two centuries ago.

Finally, it should be said that if there were large-scale abuses of affirmative action at Harvard, the greatest percentage of beneficiaries could likely be found among Harvard’s white students. Whether it’s the vestige  of legacy admissions, the fact that whites are more likely to score higher on paper “personality ratings” than Asians (even though no such difference exists during interviews), or simply the heightened consideration given to children of faculty or staff, Harvard goes the extra mile to buttress its white plurality—to the detriment of Asian students, perhaps.

Further,  Mr. Chen should think more deeply about why this suit is being brought. I’m convinced that the end result will not be any semblance of “justice” for the Asian students who allege discrimination, rather an attempt to dismantle affirmative action for other, more sinister reasons. We need only look to the fact that the main proponent behind the campaign is the same one from Fisher v. UT-Austin, a suit in which a mediocre White female student alleged that “her spot” was taken by a less qualified minority student.

In the most basic sense, we need affirmative action for marginalized and underrepresented groups because, for the overwhelming majority of our history, we affirmatively acted to keep them out. In this way, admission to college has never been based solely on academic merit, but on a desire to advance some societal ideal. Fortunately, today, that ideal is diversity and inclusion because we have decided that colleges ought to reflect the world they are sending students into.

Damonta Morgan is the 2017 Young Alumni Leader, and a graduate of the College of Arts and Sciences. He can be reached at [email protected]