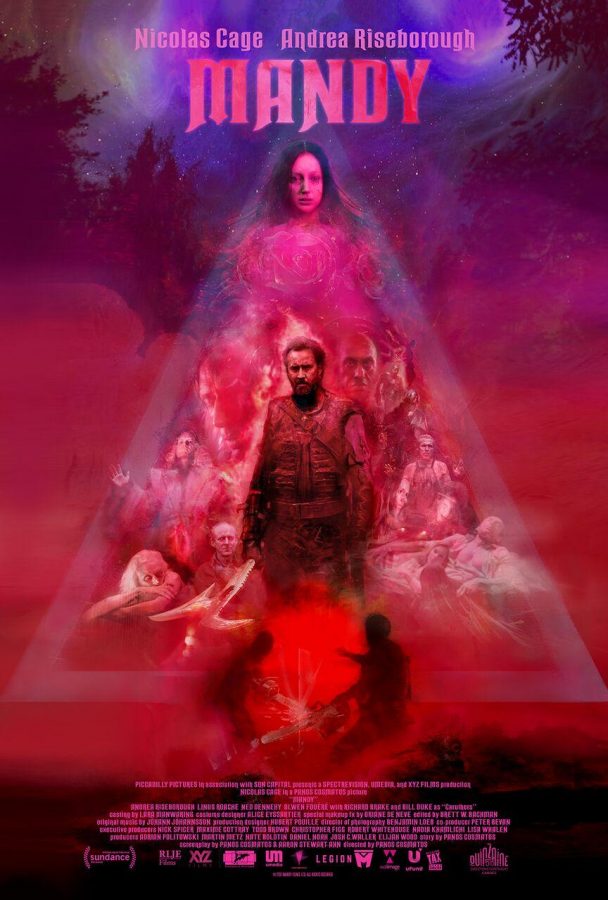 It is no secret that original films don’t hold the same popularity as they used to. Theaters are crowded with sequels like Mission: Impossible – Fallout, remakes like The Predator and spin-offs like The Nun. These films have built-in audiences—the franchise superfans—so the Hollywood producers and investors know that these films can turn an easy buck. One production company, however, is challenging this idea. Legion M is the world’s first fan-owned production company. Founder and CEO Paul Scanlan discussed the origin and goals of Legion M in anticipation of their new film Mandy.

The idea behind Legion M came to Scanlan and co-founder Jeff Annison after starting their previous company, Mobi TV, back in 2000. In the startup’s early days, Scanlan and Annison had friends and family who hoped to invest in the company, to support both their friends and what they could accomplish. However, Scanlan and Annison quickly learned that startups could legally only be funded by accredited investors. Given that such accredited investors consisted of the already wealthy that cared only for the return they could receive, the two young entrepreneurs naturally saw how unfair such a law was.

“What a startup needs,” Scanlan said, “is advocates and supporters, people that can help make it successful.”

This all changed when the Jobs Act of 2012 broadened the scope of startup investors beyond the wealthy elite, giving Scanlan and Annison the opportunity to unite everyday investors on a Kickstarter/Indiegogo scope with real equities and ownership. From this standpoint, they thought, as Scanlan said, “what better industry than entertainment.” Thus, Legion M was born.

By creating a production company owned by fans, Legion M has a body of moviegoers to support and judge films through every step of the process, whether it be online or festival scouting. Members of the Legion can scout potential film ideas, follow the films through pre-production and production and go out to see the films themselves. With the fan investors, Legion M company can learn what audiences want, and have a built-in audience of investors to bring in box office revenue. The fans will get the joint experience of earning equity from every project while also getting to watch the project they funded grow.

“Having fun can be good business,” Scanlan said.

Because Legion M project’s have a guaranteed, invested audience, they have the liberty to support new and creative directors. The need for the sequels and established franchise is diminished when these independent films have an ensured following.

Take their latest project, Mandy for example. Scanlan and Annison said that what drew Legion M toward the film was the combination of up-and-coming visionary director Panos Cosmatos, Nicolas Cage doing ‘gonzo Nicolas Cage’ and a heavy metal score. While this description may not seem like a box office hit, the film can pull several hundred thousand dollars from Legion M’s community alone, along with a platform to spread word on the film. This gritty, gory midnight movie can find box office success thanks to Legion M’s investment.

“Individually we’re all fans, but when we ban together, we have the power to change an industry.”

Mandy follows Red Miller (Cage) as he attempts to enact revenge on an unhinged religious cult who slaughtered the love of his life, Mandy Bloom (Andrea Riseborough). Mandy’s Nashville debut will be held at Regal Hollywood Stadium 27 Sept. 13th at 7:15. A post-screening meet-up will be held at 8 p.m. at Rafferty’s next to the cinema for those who would like to meet fellow Nicolas Cage and horror fans. (Attendees of the meet-up can also get a limited edition Mandy pin, one of which features a blood spattered Nicolas Cage.)

If you’re interested in seeing Mandy, tickets are available here.