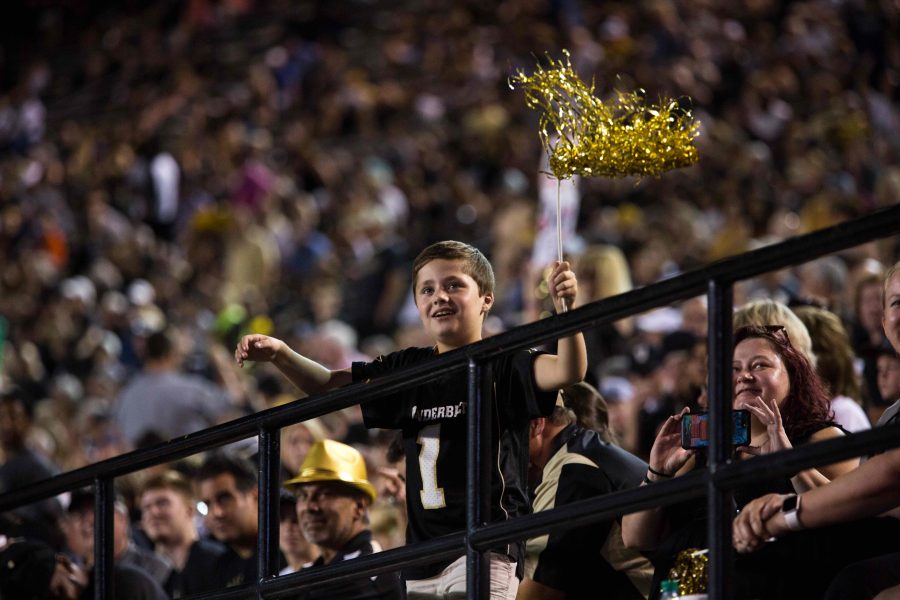 However, despite the strong Vanderbilt performance on the field, the home crowd hardly had an impact on the game.

Middle Tennessee State’s fan base traveled well, and during the competitive first half, the noise level made it feel like an almost even split between Vanderbilt fans and MTSU fans. The crowd of 25,348 was the lowest for a home opener since 1981, according to The Tennessean, and comes amid a debate surrounding potential stadium renovations and funding for the Vanderbilt Athletic Department.

Nonetheless, head coach Derek Mason noted his appreciation of the fan base at Tuesday’s press conference.

Mason’s invitation to the greater Nashville community seems prudent, given an apparent general lack of interest on campus. As a result of the Anchor Dash, an annual event that sees Vanderbilt’s freshmen class run through the tunnel and onto the field, the student section was almost completely full at the game’s start. However, by halftime the majority of those students had left, meaning that many students missed out on Vanderbilt’s offensive explosion in the second half.

Regardless of the specific reasons for the dearth of student interest, the end result is that the only home field advantage the football team has is not having to travel. Unlike the packed houses of other SEC stadiums, Vanderbilt Stadium looks and feels empty.

Senior linebacker Josh Smith indicated that the lack of crowd support had little impact on him and his teammates.

“Didn’t bother me much,” he said. “I’m really more concerned about the guys on the sideline and the guys in between the white lines with me.”

Smith and his teammates should be gaining energy from the crowd, but instead it seems like the crowd’s impact is an afterthought. To compound matters moving forward, Vanderbilt’s game this weekend is an 11 AM start. While perhaps this scheduling will be beneficial given the Nevada Wolf Pack team will be playing at effectively 9 AM, this earlier start will certainly curtail student attendance.

Hopefully under the guidance of Mason and Senior quarterback Kyle Shurmur this year’s team will go on a run to invigorate both the Vanderbilt student body and the greater Nashville community. Until then, there is little enthusiasm, but Mason is confident that this year’s team has more success ahead of them to create some buzz.