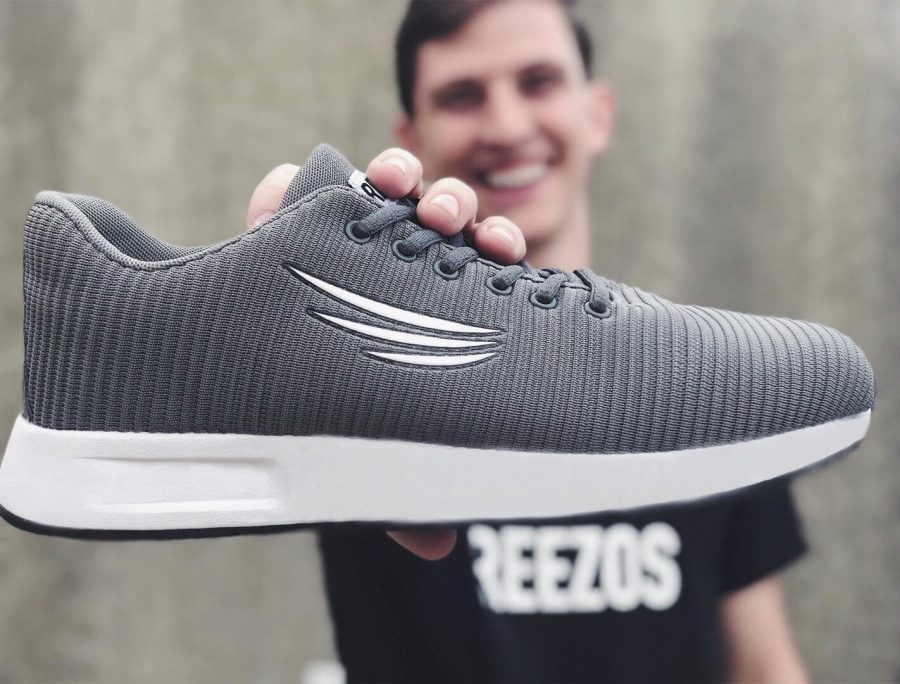 Processed with VSCO with f2 preset

For Reese Wilson, a 2018 graduate of Vanderbilt University, playing on the Vanderbilt Football Team transformed his college experience in many ways. Not only did he form lifelong friendships with fellow teammates, but one particular conversation with a fellow receiver would serve as the inspiration for his shoe line, Reezos.

“[My teammate] had a rough childhood living paycheck to paycheck and struggling to make ends meet,” Wilson said. “He really found his outlet in sports and started playing football, where he had coaches and teammates who pushed him to not only be a better football player but also to work hard in school and to try to improve his situation.”

This conversation took a tangible turn for a possible future startup when Wilson, now CEO of Reezos, worked on a project for an HOD class applying organizational processes to a social issue. Although he knew that he wanted to focus on a combined approach to sports and education, Wilson struggled to find a practical solution until he stumbled across a research article detailing the long supply chain in which most major shoe companies hire existing manufacturing firms to produce their designs, which are then sold through middlemen at an additional cost to retailers. Wilson pondered the possibilities that came with removing the middleman.

“If we can cut out the retail middleman and get the shoes from manufacturers and sell it directly to consumers, we are able to charge a lower price for an equal quality product and also have a social mission that is baked into our company,” Wilson said. “I combined my passion for sports and education into a sports brand built around this idea of wanting to help give kids the resources and means to be able to work for a better life.”

Wilson completed an eye-opening HOD internship during his senior year as a business analyst working to maximize efficiency at a call center. Though he valued the experience, he realized that his career path was leading him in a different direction.

“If I don’t do my job well, it doesn’t matter. The call center will be overstaffed by eight employees and the business will run exactly as it always does, just slightly less efficiently. I wanted to be passionate about the work I was doing and not just find it challenging, because the work was challenging and really exciting sometimes, but I didn’t believe what I was doing was impacting the world in a meaningful way.”

Thus, Wilson decided to take the entrepreneurial route after graduation and launched his first line of shoes, Reezos One, combining his passion for sports with a social mission. Reezos Ones are available in white and light grey with a knit upper, EVA foam midsole, rubber outsole and a memory foam insole. Wilson wore his prototypes at his wedding and has been wearing the casual athleisure sneakers everywhere for several months.

Reezos accomplishes its social impact through Give 20 Projects, in which 20% of the company’s revenue is given back to existing nonprofit organizations to complete specific projects. Their first nonprofit partner is Backfield in Motion, an organization in East Nashville that provides sports and educational programming for underprivileged children. Reezos will be providing graphic novels to the students in order to give them ownership of literature and encourage them to read.

“There has been a lot of research that shows students will finish graphic novels whereas they won’t finish traditional literature,” Wilson said. “The visual and also text combination helps make it worthwhile reading, so we’re looking to provide them with graphic novels.”

In order to raise the initial funds to launch Reezos, Wilson turned to Kickstarter, an online crowdfunding platform for launching creative projects. Kickstarter is unique in that projects either meet all of their fundraising goal and receive pledged funds or don’t meet their goal and see none of the funds. After a month-long pre-launch social media campaign, Wilson launched the Reezos Kickstarter campaign on August 7th with the goal of raising $50,000 in one month.

“The first day was nuts,” Wilson said. “Our goal was 25 percent of our Kickstarter goal in three days and we got to 20 percent in the first hour and then 39 percent at the end of day one. It just took off and I was so excited.”

Although fundraising has slowed down and Reezos is currently at 56 percent of its goal, Wilson is constantly seeking to build up the momentum once more by sending out emails, raising awareness on social media and building connections with bloggers and influencers. He remains optimistic about the future of Reezos.

“98 percent of Kickstarters that reach 60 percent are funded, and so after we got to 40 percent I was determined to be able to push it over the edge,” said Wilson.

No matter which way the Kickstarter campaign goes on September 7, the final day, Wilson is determined to bring Reezos to fruition, especially due to the success they have had so far. Three hundred people have already expressed an interest in buying Reezos.

Especially after having found his start in an HOD class, Wilson encourages students to actively explore different career paths.

“Find out what your priorities are and what’s valuable to you,” Wilson said. “Try things and do things even if you don’t know what you’re doing. Just start and figure it out.”

To find out more about Reezos or to support the campaign, more information can be found here.