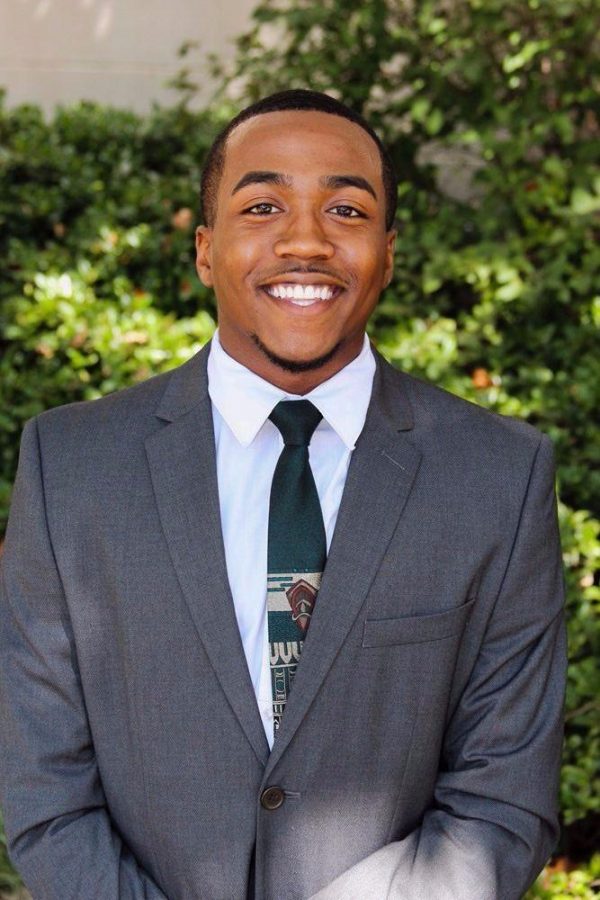 Victor Rounds’s Vanderbilt experience has been characterized by self discovery. His freshman year was no exception, as he immersed himself in a variety of interests, becoming involved with Vanderbilt Student Government as a house representative and joining the general body of the National Society of Black Engineers, among other commitments.

After acclimating to the newness of college life, Rounds was able to enter sophomore year focused on identifying who he was as a person. Through self-reflection and conversations with trusted family members, Rounds invested much thought into his life’s purpose, his major and potential jobs. In fact, he dedicated a weekend solely to this process of reflection.

“I spent a significant amount of time, about 48 hours straight no homework, very little phone, no social media and no TV,” Rounds said. “I literally sat with myself and I asked those tough questions: What am I good at, what am I passionate about and what makes me happy?”

Although Rounds entered Vanderbilt as a mechanical engineering major, he soon realized that his strengths and interests were steering him towards a different path, leading him to change his major to engineering science.

“I don’t think being a mechanical engineer gave me the number of opportunities to work with people as frequently as I like,” Rounds said. “I love giving presentations and being in front of crowds. A lot of my engineering work was just math, working in a lab with one or two people on a team, but I love to represent, to interact with large groups and to motivate. I realized how those aspects may be fitting for a managerial role, so that became a big focus for me.”

By reflecting on his enthusiasm, passion and presentation, Rounds was able to narrow down the career fields most suitable for his strengths. Once Rounds obtained clarity concerning his future direction, he began to pour all of his resources into building a strong network of connections.

“I started to get very serious and aware of the competitive nature of finding a job,” Rounds said. “I thrive in competitive environments, so I became very invested. Starting junior year, I attended all types of conferences, career fairs, information session, and career fairs at other schools. I worked on my Linkedin profile, built a website portfolio, and I touched my resume every single day trying to improve it.”

Rounds’s first semester of his senior year proved to be a far more intense, condensed version of junior year as he aggressively sought to obtain an offer of employment following graduation.

“After two years of understanding what my passions were and focusing on those things, I became very serious from the time my internship ended in August of 2017 to around December when I signed my contract, I put in around 145 to 155 job applications. I put in no less than maybe two applications a day, staying in, very aggressively networking, aggressively reaching out, aggressively visiting the career center, aggressively fixing my resume, anything I could do put in position meet people.”

Although an engineering management major, Rounds did not limit himself to specific positions and instead remained opportunistic, exploring careers complementary to his emerging interest in finance. Rounds joined every listserv and was on the constant lookout for openings on Linkedin and Doreways and thus became aware of an opportunity with Capco, a consulting firm specializing in business and technology. After applying on Doreways, he scheduled an interview a week later at the career center.

“The interviewer was kind and wasn’t as worried about my resume or professional experience,” Rounds said. “He was interested in who I was and what I was passionate kept.”

After two weeks, Human Resources reached out and offered to fly Rounds to New York for a final round of interviews. He took a day off to invest in research concerning the company, learning about its accomplishments, initiatives in minority recruitment, and its dedication to community service and supporting affinity groups. Rounds was impressed with what he discovered and thus fell in love with Capco.

“In New York, I met the HR lead, and she was just the kindest person,” Rounds said. “She answered any and all questions I had and was very excited to meet me. I clicked with that because I get excited easily. Every consultant there was the same in that there was a consistency in a feeling of belonging. I knew I could see myself here more so than other places.”

Rounds was able to treat himself to an early Christmas present when, a week later, he received and ultimately accepted an offer from Capco. As an incoming associate consultant, he will begin work this summer in his hometown of Chicago. Having found his happy ending to his Vanderbilt career, Rounds highlights the importance of hard work on the road to fulfilling one’s passions.