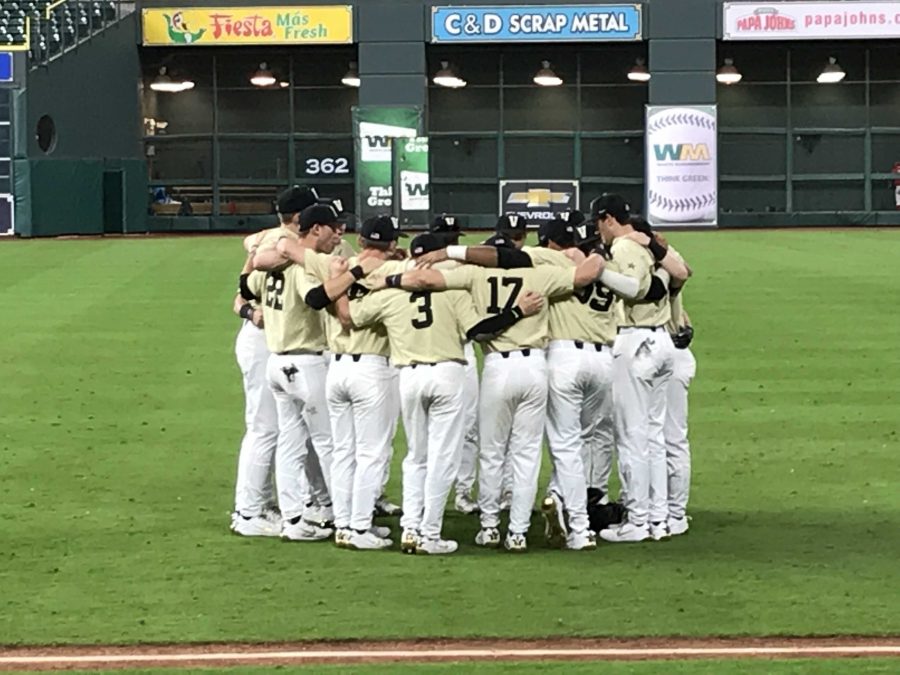 Vanderbilt earned its first win of the Shriners College Classic in a late 9-4 win over a ranked Houston Cougar team.

The victory makes coach Tim Corbin the winningest coach in Vanderbilt baseball history. After the game, Corbin claimed the milestone meant nothing to him, as it was just another win.

Houston’s leadoff batter, Landon Etzel, hit a home run to left field to give the Cougars a 1-0 lead that would not last long.

The scoring got started early for the Commodores, who were shut out the previous day against Louisiana-Lafayette.

JJ Bleday hit a two-run home run over the right field fence at Minute Maid Park to give Vanderbilt a 4-1 lead. That homer was already his third for the season.

“You just hope hitters get a little bit stronger and learn timing and he’s done that,” Corbin said of Bleday’s hitting this season.

Houston threatened in the top of the second, but stellar defense kept the Cougars at bay. Connor Kaiser threw out a runner at home who was trying to score on a grounder. Bleday had a diving catch to save a run and end the frame.

Pat DeMarco hit a three-RBI double in the bottom of the second inning to stretch the lead to 7-1.

In the third, Bleday made another spectacular diving catch in right field, but Houston was able to score later in the inning.

“JJ Bleday, I think saved about three or four runs,” said Corbin. “That game completely changes if those plays aren’t made.”

Landon Etzel scored on a wild pitch from Chandler Day.

With the bases loaded in the bottom of the third, Stephen Scott walked to score Jayson Gonzalez, and shortly after, Austin Martin scored on a wild pitch.

Hickman allowed a run to score in the fifth when Houston hit back-to-back doubles.

Vanderbilt loaded the bases with no outs in the sixth inning, but failed to plate any runs.

Houston tacked on another run in the seventh when Joe Davis doubled to score Connor Hollis from first base.

Reid Schaller replaced Hickman in the top of the eighth inning and struck out two batters in one inning.

Tyler Brown pitched the ninth inning, and he got the last three outs.

“I think this was good to build on. There’s a lot of growing that needs to happen, but at the same time, it’s a good win,” said Corbin.