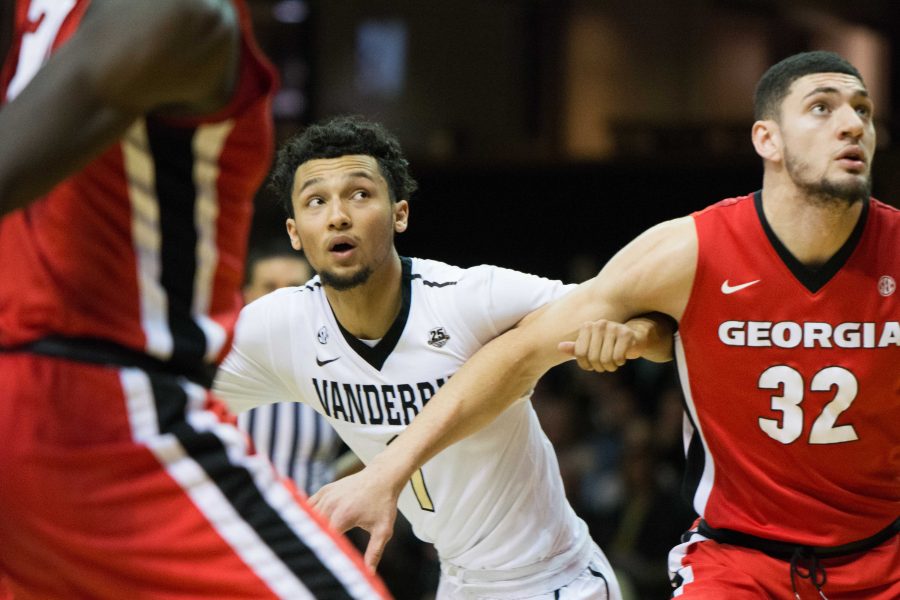 Coming off a strong win against Vanderbilt, Bruce Pearl has his team surging on a five game winning streak and a 21-3 overall record. The key to this team’s success is their offense, which is averaging exactly 86 points per game and comes in at seventh overall in the nation in that category. Their offensive success can primarily be linked to the play of junior guard Bryce Brown who is averaging 17 points per game, resulting in double-digit point totals in 20 out of 23 regular season games thus far. Be on the lookout for this team as they look to keep climbing national polls, with a key game next week against Kentucky.

NCAA Tournament Projection – Elite 8
2. Tennessee (#15)
In their only meeting this year, Tennessee dropped the game to Auburn 84-94 on January 2nd. However, this was early on this season and has allowed Tennessee to regroup to become not only one of the strongest team in the conference, but also one of the strongest teams in the nation. Their ability to create opportunities for each other allows them to easily and efficiently put up points. Two marquee matchups earlier this year are telling of just how talented this Tennessee team is. After beating Purdue in overtime and falling to Villanova earlier this year, Tennessee now knows what it takes to compete with the best teams in the nation. Do not be surprised if you see this Volunteer team make a deep run in March.

NCAA Tournament Projection – Sweet 16
3. Kentucky (#24)
Although this might not be the strongest John Calipari team ever, it is difficult to doubt his ability to develop young players to be ready for the tournament in March. Even though they have dropped four out of their last seven games, this Kentucky team undoubtedly has the talent to play with anybody in the country, as shown by their 83-76 victory over West Virginia. In order to put these pieces together on a nightly basis, they must work on playing better defensively, as they currently are giving up 69.9 points per game (120th in the country). The Wildcats must continue to rely on the all-around play of Kevin Knox, who impressively broke Kentucky’s single game, non-conference road points record against West Virginia with 34. They’ll also need the efficient scoring of Shai Gilgeous-Alexander if they want to make an impact in March.

NCAA Tournament Projection – Sweet 16
4. Mississippi State (NR)
Although their conference record might not seem like the best at first glance, this Bulldog team is hot and they could not be heating up at a better time. After recently beating Alabama on February 6, Mississippi State looks poised to turn some heads later this season. Even though some might see their schedule as a weakness, this team has recently handled all tests thrown their way. Ben Howland’s squad has won four in a row (two of those wins against Alabama and Missouri), and this has definitely catapulted them up to the number 4 spot in the SEC. While this could just be a hot streak, keep an eye out for leading Bulldog scorer Quinndary Weatherspoon to carry them to their first NCAA tournament birth since 2009.

NCAA Tournament Projection – Round of 64
5. Alabama (NR)
Even though this Alabama team hit somewhat of a mid-season lull, their performances against ranked teams remain an extremely bright spot in their tough season. They are 4-1 against ranked teams this year, most recently winning 80-73 against Oklahoma and Trae Young, the most exciting player in college basketball this year. Even though they may have some bad losses, their quality wins can carry them to an NCAA tournament birth. Collin Sexton rounds off a very balanced offense and will continue to work to build his team along with building his draft stock. Overall, this Alabama team has the potential to bust some brackets as long as they show up to play that night.

NCAA Tournament Projection – Round of 32
6. Missouri (NR)
In the absence of Michael Porter Jr., these Tigers have seemingly have finally figured out how to play without him. They have the 12th-toughest strength of schedule in the nation, and they are coming off of victories over Alabama, Kentucky, and Ole Miss. While their team statistics are very average in the middle of the pack, they have recently been able to put everything together in order to string together some victories. If they can keep playing team basketball, then they should be able to be a mid-seed in the tournament.

NCAA Tournament Projection – Round of 64
7. Texas A&M (NR)
As one of the most inconsistent teams in recent history, the Aggies have been tough to read. With the the seventh-toughest schedule in the nation, they have potentially done enough to clinch a tournament spot. Coming off a close victory against Auburn, the Aggies have just increased their resume even more. They rely heavily on their starting five, especially big man Tyler Davis who is averaging 14.4 points per game, shooting 57% from the field. He also brings in nine rebounds a game. If the Aggies want to make a deep run into March they need Davis to lead his talented team to play together as a unit. Do not be surprised if they make a run, but also don’t be surprised if they fall short.

NCAA Tournament Projection – Round of 64
8. Florida (NR)
Frankly, this team is a confusing one. Even after an extremely hot start in SEC play, the Gators are on the bottom half of our rankings.

Because their hot start seems to be some of the best basketball this team is capable of playing, and a quality of basketball that is simply unsustainable for Mike White’s team. Coming off of losses to South Carolina, Georgia, and a blowout loss to Alabama, Florida and leading scorer Jalen Hudson will look to bounce back with some redemption games against South Carolina and Georgia. Be on the lookout for these games to see what type of team Florida really is.

NCAA Tournament Projection – Bubble Team
9. Arkansas (NR)
This team is driven by the play of two people: senior guard Jaylen Barford and fellow senior guard Daryl Macon, who are both putting up over 17 points per game. If these two show up on a given night, the Razorbacks are tough to beat. However, that has not been the case recently. Even after both of these players had solid games against LSU and Texas A&M, the Razorbacks still dropped these games due to their lack of a lockdown defense. This Arkansas team is giving up around 77 points per game, 279th in the country in this category. Without a better defense, this team will struggle to make an impact on any brackets in March.

NCAA Tournament Projection – Bubble Team
10. Georgia (NR)
This Bulldog team is not very strong. Lacking depth, they only have one player, Yante Maten, who is averaging double digit points per game. Without him, this team would mightily struggle to put up points. However, one of the only reasons they are 10th in these rankings is because of a convincing victory over the Florida Gators. Mark Fox’s team will look to play better down the stretch, but they are seemingly too far gone to make it into the tournament.

NCAA Tournament Projection – N/A
11. LSU (NR)
This team’s season has looked much brighter than it is now, as it has been a downhill slide since the beginning. They used to at least compete in games against better opponents, but now they are not even doing that. Coming off of a 25-point loss to Auburn and a 23-point loss to Tennessee, the Tigers’ season is all but over. Their only hope would be to get hot, ride the play of Tremont Waters, and win the SEC postseason tournament in order to make the field of 68. If not, be on the lookout for this team in one of the alternative postseason tournaments.

NCAA Tournament Projection – N/A
12. South Carolina (NR)
This team is cold. At one point, their season seemed like it was going to be successful, especially after wins Kentucky and Florida and a close loss to Tennessee, but this hope quickly evaporated. The Gamecocks have lost their last four games, none of which have been very competitive, and they are not looking to turn this losing skid around any time soon as they play Florida, Tennessee, and Auburn in their next three games. As sad as it is, this team’s season is all but over.

NCAA Tournament Projection – N/A
13. Vanderbilt (NR)
Even though this Commodore team seems to be competitive in every game, they can never seem to close the deal, and that has served them with one of their most disappointing seasons in recent time. Even though postseason play is out of the question for the Commodores, they are consistently an extremely tough matchup for their opponents. With the lack of a true big man, this Commodore team lives and dies by the three-pointer, and if they are falling, they are tough to beat. We could honestly see this team putting together a few wins in the SEC tournament, but nothing more. Let’s look forward to next year with the arrival of Darius Garland, Simi Shittu, and you too, Romeo Langford (we know you’re reading this).

NCAA Tournament Projection – N/A
14. Ole Miss (NR)
Even though some might put this Ole Miss team higher up in the power rankings, we believe that because of their lack of a true, high-quality win, they fall to the 14th spot in the conference. They have dropped their last four and six out of their last seven, so they definitely are dropping off of the map. Their schedule also does not get any easier as they still have games against Missouri, Tennessee, and Kentucky. Hopefully they can bounce back next year because this season is done for them. They will need a hail mary in the form of an SEC tournament win in order to make it to the big dance, but we do not see this happening.