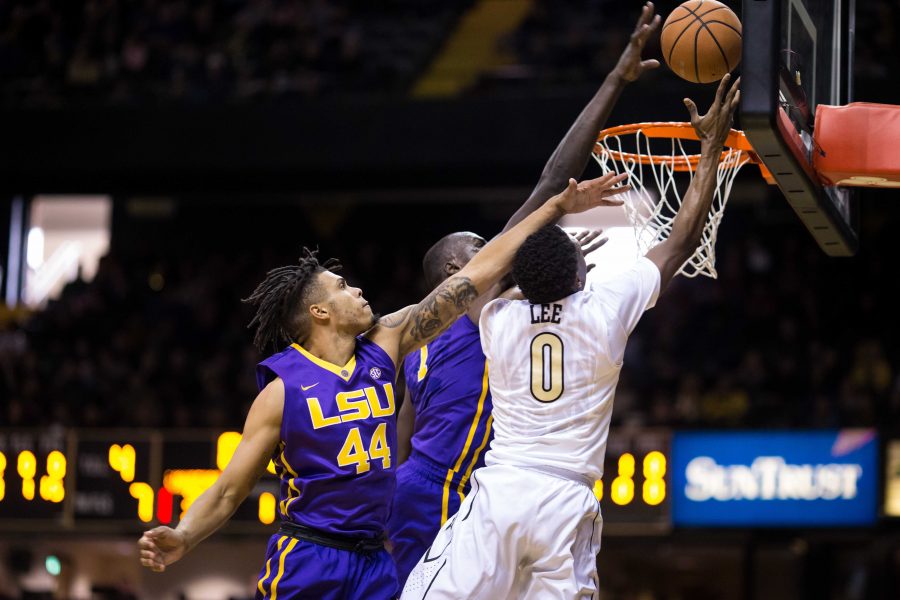 In a welcomed change, the Vanderbilt Commodores defeated the LSU Tigers 77-71 thanks to some late-game heroics from Saben Lee and Riley LaChance.

LaChance led the Commodores with 26 points on 8 for 14 shooting. The bulk of those points came from long distance, as he was 4-7 from three-point range.

The Commodores never seemed to jump to a comfortable lead in the first half, with LSU hovering around. The score was 34-28, with Vanderbilt needing every bit of LaChance’s 13 points to maintain the lead.

However, the team was able to extend their lead in the beginning of the second half in large part due the lethal combination of Jeff Roberson and LaChance. The duo combined for 46 points.

Duop Reath was the catalyst for the Tigers, converting tough looks in the post as well as drawing fouls on the offensive end. The Commodores didn’t have an answer for him. Reath was constantly winning in the post, leaving head coach Bryce Drew scrambling to find an answer. The combination of Djery Baptiste, Clevon Brown, and Ejike Obinna weren’t enough, as Reath had 31 points on 20 shots.

Both teams traded baskets for several minutes down the stretch. The Commodores then went 4:15 without a made field goal before LSU took their first lead of the game on a Reath bucket with 2:21 left in regulation. From there, it was a hotly contested back-and-forth affair, with Lee’s heroics rescuing the Commodores from an all-too-familiar position.

Lee came in clutch in the final minutes of the game with a signature dunk following a steal on the other end of the floor. That gave the Commodores a lead they would not relinquish with a minute left to play.

Shortly after, Lee converted a layup and drew a foul on LSU’s Reath. Lee roared with passion after that play, energizing the crowd and the bench.

Lee scored 10 of the team’s final 12 points to seal the game. Drew had effusive praise for the freshman from Phoenix, noting a “great pace and great calmness about him.”

While Lee’s offensive brilliance shined in the final two minutes of the game, it was his defensive hustle in the first half that Drew highlighted.

“He did a tremendous job on Tremont Waters,” he said. “His patience showed a lot of maturity. His deflection and dunk on the other end were huge for us.”

An underrated part of the game in the first half was Lee’s ability to distribute the ball for his teammates. He had four assists, leading all players in the first half. Those recipients were able to draw fouls or score easily as a result of Lee drawing the defense around him.

In the second half, he started taking more shots, and they were falling. By the end of the game, he had 12 points on 5 for 7 shooting.

This was a well-deserved and much-needed win for the Commodores. Drew was proud of his guys, calling it “great to see our hard work rewarded,” after being on the losing end of the previous 4 games.

It was also “a tremendous redemption story” for senior Riley LaChance, according to Drew. LaChance had some noted late-game struggles, including four missed free throws against Kentucky just a week ago. He put a lot of extra work in the gym working on free throws and his shooting technique. It paid off this game in the form of four made free throws in the last two minutes of the game.

The Commodores follow this game with a matchup against the 21st-ranked Tennessee Volunteers on January 23rd in Knoxville. Tip off is at 6:00 PM.