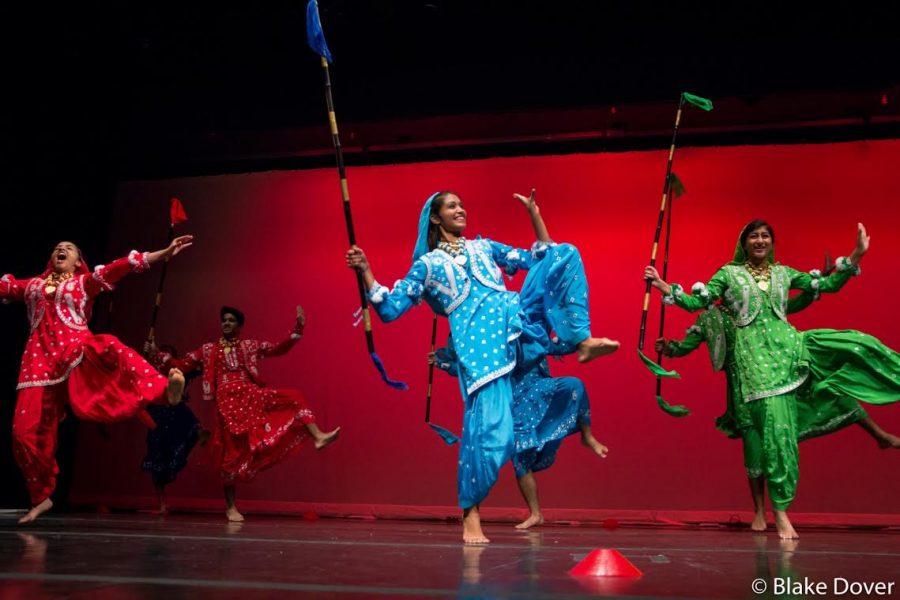 When you live in a city as booming as Nashville, each day should be an adventure. Whether you want to pitch your latest entrepreneurial idea to an on-campus panel or boogie down at a silent disco with Nashville natives, there’s an event for you. Below are the Life section’s recommendations for this upcoming week. For more on-campus happenings, check out Anchor Link. 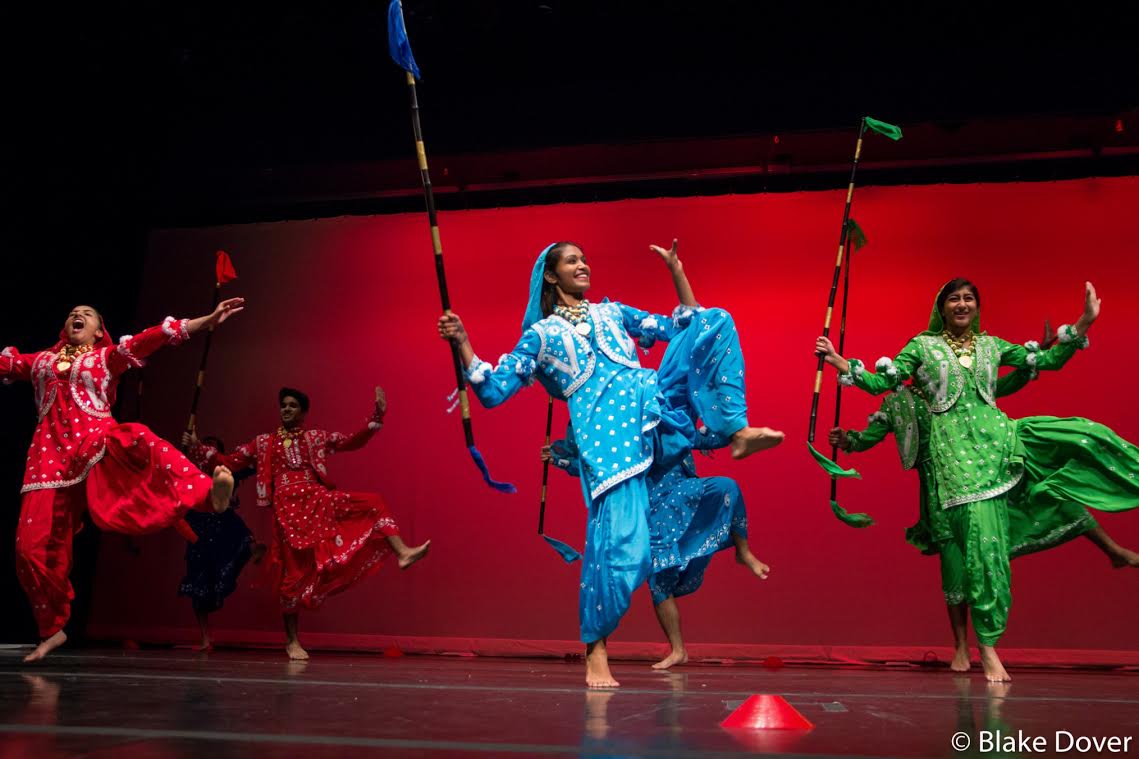 Educational
What: Jerry Flores: “Caught Up: Girls, Surveillance and Wraparound Incarceration”
When: Wednesday, Nov. 8 at 4:00-5:30 p.m. CST
Where: Kissam MPR
Why: From home, to school, to juvenile detention center, and back again. Follow the lives of fifty Latina girls living forty miles outside of Los Angeles, California, as they are inadvertently caught up in the school-to-prison pipeline.
Who: Latino and Latina Studies Program, the Afro-Hispanic Review, the Department of English, The Cal Turner Program for Moral Leadership, Women’s and Gender Studies and Inclusion Initiatives and Cultural Competence

What: Will It Float
When: Nov. 8 at 5:00-7:00 p.m. CST
Where: Engineering and Science Building (The Wond’ry) 200 Lounge (Innovation Center)
Why: Will It Float is a pitch competition where students come in and pitch their most out-of-box ideas to a panel consisted of professors and entrepreneurs. This is a low-time commitment opportunity to test your idea with chances of winning gift cards! Students are welcome to drop in and listen to other students’ pitches. Chick-fil-A will be provided and no previous business experience is required.

What: Visiting Writers Series: Camille Dungy
When: Nov. 9 at 7:00 p.m. CST
Where: Buttrick Hall 101
Why: Dungy is the author of four collections of poetry: Trophic Cascade (Wesleyan UP, 2017), Smith Blue (Southern Illinois UP, 2011), Suck on the Marrow (Red Hen Press, 2010), and What to Eat, What to Drink, What to Leave for Poison (Red Hen Press, 2006). Her debut collection of personal essays is Guidebook to Relative Strangers (W. W. Norton, 2017). Dungy edited Black Nature: Four Centuries of African American Nature Poetry (UGA, 2009), co-edited the From the Fishouse poetry anthology (Persea, 2009), and served as associate editor for Gathering Ground: A Reader Celebrating Cave Canem’s First Decade (University of Michigan Press, 2006).
Who: The Gertrude and Harold S. Vanderbilt Visiting Writers Series

What: Holocaust Lecture Series: “Where Memory Leads”
When: Nov. 9 at 7:30-8:30 p.m. CST
Where: Belcourt Theatre
Why: Australian artist and film-maker, Philippe Mora, investigates his father’s clandestine role in the French Resistance in WWII and his mother’s miraculous escape enroute to Auschwitz. Philippe, a Hollywood cult-horror movie director and pop-artist, adopts a Film Noir persona to tell his family’s story of survival and the Holocaust.
Who: Holocaust Lecture Series and the Nashville Jewish Film Festival
Cultural
What: iLens: “Inxeba (the Wound)”
When: Nov. 9 at 7:30-10:00 p.m. CST
Where: Sarratt Cinema
Why: Inxeba follows a young factory worker living in the Eastern Cape of South Africa. When he and other men from his community gather in the mountains to observe an initiation ritual transitioning a group of teenage boys to manhood, a defiant initiate from the city discovers his secret, a forbidden relationship with another man in the community and his entire existence begins to unravel.
Who: Presented by Tara McKay, Assistant Professor – Center for Medicine, Health & Society, Department of Sociology and the Department of Health Policy

What: Music at the Frist: Jazz Guitarist Geary Moore
When: Nov. 10, 2017 at 6:00 p.m. CST
Where: Frist Center
Why: A native of Pittsburgh, Pennsylvania, Mr. Moore lived and performed in the New York Metropolitan area for a number of years and now lives in Nashville.  His fluid, inventive and authentic style attest to the thoroughness of his background in Jazz, R&B and Pop music. Admission is free!

What: VOT Presents: The Marriage of Figaro
When: Nov. 10 at 8:00 p.m. and Nov. 12 at 2:00 p.m. CST
Why: Come and see Vanderbilt Opera Theatre’s Fall 2017 Production, Mozart’s ‘The Marriage of Figaro.’ Re-imagined as the live finale of a reality television series (a la ‘The Bachelor’ mashed up with ‘Big Brother’), this classic will be performed as you’ve never seen it before. Admission is free!
Who: Vanderbilt Opera Theatre

What: The Diwali Showcase
When: Nov. 11, 6:45 p.m.-9:00 p.m. CST
Where: SLC Ballroom
Why:Enjoy the largest cultural showcase on campus, with over 300 dancers performing and representing South Asian culture.
Who: South Asian Cultural Exchange
Recreational
What: No Shave November
When: Nov. 8 at 5:00-7:00 PM CST
Why: Kappa Sigma will be kicking off the Vanderbilt No Shave November campaign with a barbeque, a  performance from Momentum (Student-run dance group), and a speaker from Relay for Life on November 8th from 5pm-7pm at the Kappa Sig house. Stop by for tee shirts, catered food, and great conversation, too. Cancer has directly affected all of our lives – come out to learn about how you can participate in raising money and awareness. All of the proceeds from this first event will go to Relay for Life, one of our partnering organizations, and the American Cancer Society.
Who: Kappa Sigma

What: SiLENCE
When: Nov. 9 at 3:30-10:00 p.m. CST
Where: Nashville Cumberland Park
Why: Evan Grey in collaboration with Iconik and Silent Disco Nashville, TN – Silent Events bring you Nashvilles first silent fashion show. A new fusion of music and fashion being brought to downtown Nashville with use of headphones during the live show taking the experience of a runway show to a new level. Once the runway show begins at 5pm music will only be played out of wireless headphones. All of this along with a beautiful Nashville skyline on the river with some live painting added in there.
Who: Raki & Ruth Iconik, Kats Original Designs

What: Free Public Star Party
When: Nov. 10, 6:30-8:30 p.m. CST
Where: Shelby Bottoms Nature Center
Why: Come out and enjoy the night sky! You will be surprised how much we can find in our urban skies. Free and open to all, BSAS members will set up telescopes for everyone to enjoy the view. Come anytime during the event, stay as long as you like. We’ll enjoy the early winter sky, pointing out seasonal constellations and more.
Who: BSAS – Barnard-Seyfert Astronomical Society of Nashville y Shelby Bottoms Nature Center
Health and Wellness
What: Sex Ed and Healthy Relationships Week
When: Nov. 6-10
Why: Engage with the Vanderbilt community during Sex Ed and Healthy Relationships Week. This lineup includes free HIV testing, Planned Parenthood’s 101st Birthday Bash, discussions about self-pleasure and more. Check Anchor Link or the Vandy Sex Ed Facebook page for a lineup of the events.
Who: Margaret Cuninggim Women’s Center

What: [IM]Perfection Project Speak-Out Panel
When: Nov. 7 at 8:00-9:00 p.m. CST
Why: Join us on Tuesday, November 7th for the first [IM]Perfection Project Speak-Out event of the school year. We invite undergraduate and graduate students to come listen to their peers share their stories about topics related to perfectionism, fear of failure and mental health at Vanderbilt. Hot chocolate and donuts will be served!
Who: Center for Student Wellbeing and Warren and Moore Colleges

What: Global Health Showcase
When: Nov. 8 at 3:00-5:00 p.m. CST
Where: Rand 308
Why: Vanderbilt Institue of Global Health (VIGH) Student Advisory Council presents the 1st annual Global Health Showcase, demonstrating the vast scope of global health and healthcare related service and events across campus. Come and join us as well as various healthcare student organizations on campus to learn more about what we do and why we do it.
Who: Vanderbilt Institute of Global Health (VIGH) Student Advisory Council
Arts
What: Women in Comedy
When: Nov. 8, 7:30-8:30 p.m. CST
Where: Sarratt 216/220
Why: This event is designed to give a platform for female comedians, so the discussion will be followed by hilarious performances by an all-female cast. Food and drinks will be served.
Who: Vanderbilt Feminists and female comedians from Vanderbilt and the Nashville community

What: Nick Offerman: Full Bush
When: Nov. 9, 7:30 p.m. CST
Where: TPAC
Why: Nick Offerman is an actor, writer and woodworker, best known as the character of Ron Swanson on NBC’s hit comedy series “Parks & Recreation.” The show, in which he starred with Amy Poehler, Chris Pratt, and Aziz Ansari, wrapped its 7th and final season in 2015. For his work on the show, Offerman won a Television Critics Association Award for Achievement in Comedy in 2011, having earned his first nomination in 2010.  He also received two Critics’ Choice Television Award nominations for Best Supporting Actor in a Comedy Series.

What: Nick Cave: Feat.
When: Nov. 10, 6:00 p.m. CST
Where: Frist Center for the Visual Arts
Why: Chicago-based artist Nick Cave (b. 1959) is best known for his elaborate “soundsuits,” human-shaped sculptural forms composed of a wide variety of found and repurposed commonplace materials. This dynamic exhibition will include a selection of soundsuits, as well as a projected video, several wall-mounted sculptures, and a large multimedia installation. The works are accessible to audiences of all ages and socioeconomic backgrounds, yet on a deeper level speak to issues of racial and social justice and the need for more time and space in contemporary society to cultivate individual dreams and aspirations.
Who: Nick Cave-Visual Arts