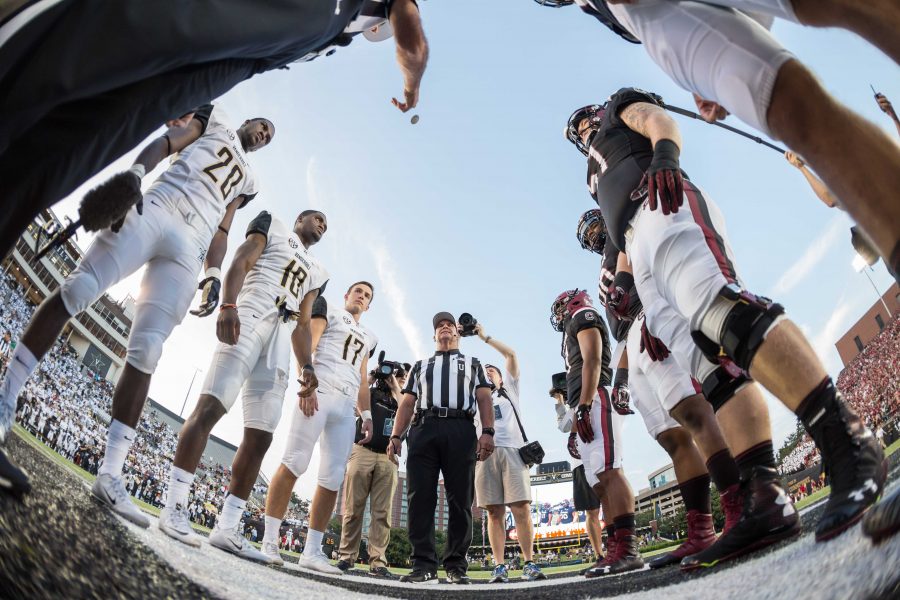 With the bye week and four straight losses in the rearview mirror, the Vanderbilt Commodores turn their attention to the South Carolina Gamecocks.

To get to know Vanderbilt’s opponent this week, we went behind enemy lines and spoke with Carson Mason, sports editor of The Daily Gamecock, about the Gamecocks and this weekend’s showdown in Columbia.

Vanderbilt Hustler: Despite making progress towards getting healthy, Deebo Samuel has been a huge loss for the Gamecock offense. How has the team dealt with not having one of their top offensive weapons?

Carson Mason: Deebo Samuel’s fibula fracture in Week 3 against Kentucky was definitely a tough pill to swallow for the Gamecock offense. In response, Jake Bentley has spread out targets between receivers, utilizing tight ends Hayden Hurst, Jacob August and Kiel Pollard, while also increasing usage of wide receiver newcomers OrTre Smith and Shi Smith. Bryan Edwards leads the team with 420 total yards and has been one of Bentley’s most consistent targets without Samuel on the field.

VH: Last week, the Gamecocks squeaked out a tough win against an inferior Tennessee team. Sitting at 5-2, how much confidence did this team have going into their bye week last week?

CM: While the win over Tennessee was close, I think it still gave the Gamecocks confidence going into the bye week. Will Muschamp’s squad is rolling off two straight SEC wins, despite key injuries to the offensive line and to several offensive skill players. At its current pace, the team is on track for a better overall record than last year, in which it finished 6-6 at the end of the regular season.The opportunity to clinch a bowl game berth against Vanderbilt on Homecoming weekend at Williams-Brice Stadium is most likely extremely motivating and exciting for the players.

CM: I do. The Gamecocks are known for using a “running back by committee” approach, and it seemed to work for them against Tennessee in Week 7. A.J. Turner led the charge with 86 rushing yards on 14 carries, and a touchdown against the Vols. The loss of Rico Dowdle, who suffered a fibula fracture and is likely out for the rest of the season, definitely hurts the Gamecocks’ running game. However, if the Gamecocks utilize creative play calling and if Ty’Son Williams and Turner can find their holes, I think they can still challenge Vanderbilt’s run defense.

VH: While running back Ralph Webb got going before the bye week, this Vanderbilt offense has been driven by stellar play at quarterback by Kyle Shurmur. Is South Carolina’s secondary ready to stop an offense that is becoming more and more pass-heavy?

VH: What is your prediction for Saturday’s game and why?

CM: I predict the Gamecocks come away with a 24-10 win over the Commodores on Saturday. With the home crowd on their side and key offensive linemen returning, including Zack Bailey, Corey Helms and Malik Young, I think Jake Bentley and Co. will be able to put on a solid offensive performance.