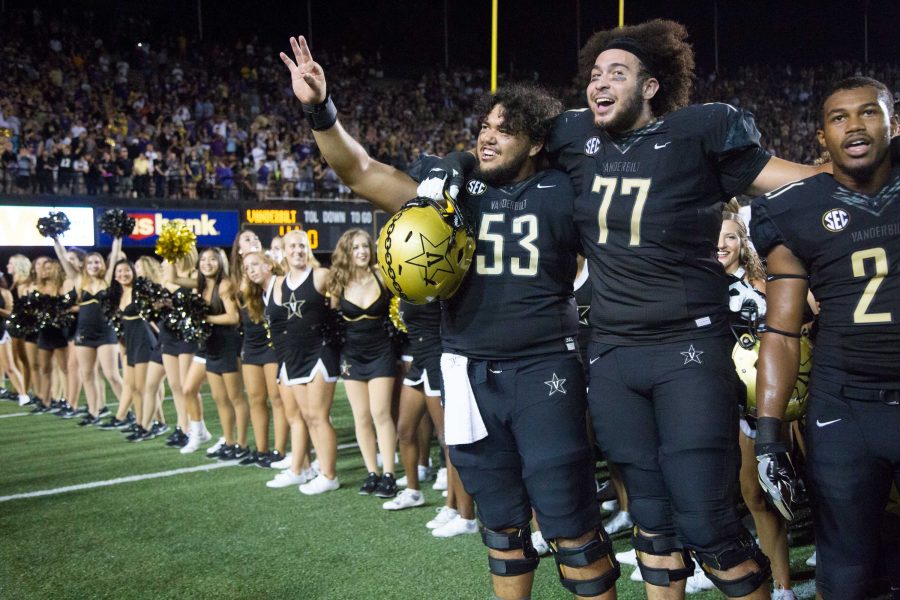 The college football season is heating up, and in week four, there’s no shortage of marquee matchups.

Here are three games to watch this weekend in college football:
(1) Alabama at Vanderbilt
One of the best three games in the United States of America this Saturday features a usual suspect in the Alabama Crimson Tide. The Tide romped to a 14-0 record last season before seeing their national title bid spoiled in the final seconds against Clemson. As Alabama does, however, the Tide simply reloaded, and find themselves 3-0 again as they roll into Nashville to face the upstart Commodores of Vanderbilt.

Vanderbilt has been one of the stories of the season so far in the SEC, starting 3-0 themselves and dispatching a ranked nonconference opponent for the first time since 1947 by beating #18 Kansas State by a touchdown last weekend. The Tide are favored by a robust 19.5 points going into this weekend, but many see this game being much closer. If Vanderbilt can stop the run and force Alabama quarterback Jalen Hurts to beat them with his arm, while also moving the Alabama front seven themselves, this game could go down to the wire. Vandy expects one of the largest crowds in years for this one, and student tickets have already sold out. Expect the Commodores to come out with fire in their biggest home game since they dispatched a top-10 Auburn team with College Gameday in town back in 2008. How far that fire can take them, however, remains to be seen. Nonetheless, it should be a spectacle on West End this weekend.
(5) USC at California
A game that not might be on everyone’s radar this weekend is an undefeated Southern California team that travels to Berkeley to take on the unbeaten Cal Golden Bears. USC, while having a lot of preseason accolades, has looked beatable so far this year, needing double overtime to take down a Texas team in transition that lost to Maryland at home. Cal, on the other hand, defeated SEC foe Ole Miss last week, and is off to a great start. The Golden Bears went to Chapel Hill and beat North Carolina in week one, and although the spread is 16.5 in this one, all signs point to this game being much closer than that. To make it close, Cal must stop standout USC quarterback Sam Darnold, who is averaging over 300 yards per game in his sophomore season. This game being played in Berkeley leads me to believe that the Golden Bears will be chomping at the bit to prove themselves in this one, and don’t be surprised if the Trojans return to Los Angeles with a 3-1 record after this weekend.
(16) TCU at (6) Oklahoma State
Finishing the slate is a big game from the power five conference with the most to prove, the Big 12. Oklahoma State has stormed out of the gate, dispatching South Alabama on the road and easily handling Pitt last week. The Cowboys boast a stud quarterback in Mason Rudolph, and look to be the class of the conference if you don’t count the team that planted a flag in the Horseshoe two weeks ago. TCU, however, is no slouch. Behind competent quarterback play from Kenny Hill (remember when he won the Heisman in Columbia two years ago?), the Horned Frogs have also started 3-0 while easily dispatching an SEC foe themselves in Arkansas. This game being played in Stillwater will prove the difference, however, and I can see Oklahoma State covering the 6.5-point spread, unless we see something truly special out of a TCU defense that has uncharacteristically looked pedestrian so far this year, especially last week, when they gave up 36 points to SMU. It will take much more than that to topple Oklahoma State on the road, but expect some points in what should be a fun game.