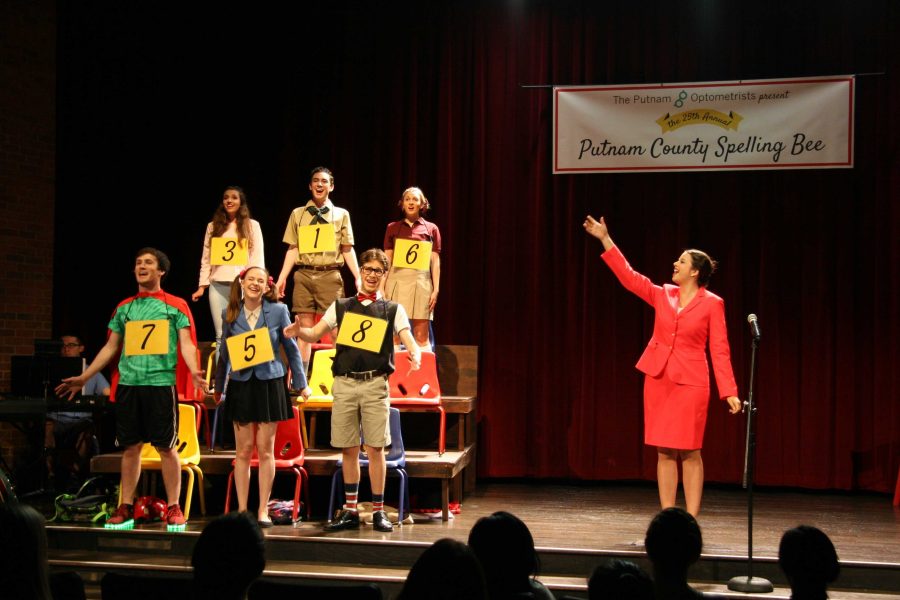 This weekend, Vanderbilt Off-Broadway performed the musical The 25th Annual Putnam County Spelling Bee, and from the moment the show began, it was incredibly obvious that they were going to do it more than justice.

The musical follows a simple premise: Six children compete against one another to win the 25th Annual Putnam County Spelling Bee. There is only one stage setting: chairs lined up where the contestants sit, a microphone front and center for spelling and a table for the two overseers of the competition. Against this intimate, stripped-down backdrop, the musical gives way for the heart of story to really shine. The characters engage in witty, hilarious dialogue, slowly reveal to us their backstories and their motivations for winning, and the musical numbers seem like large-scale showstoppers even on a small stage like Sarratt Cinema.

VOB did an amazing job of making an already hilarious musical even better just by adding their own homemade touches. Each actor really dove into their character’s personality in a way that was unique and gave fresh energy to the characters, and VOB added in inside jokes that only Vanderbilt students would understand. There were references to the Oscars “Best Picture” scandal this year, selfie sticks and even Michael Maerlender. There were also elements of improv throughout the show when random students from the crowd were selected as guest spellers and actively participated in the show. VOB knows how to put a contemporary, personal twist on what is already a comedic show, and breathed new energy into the musical.

VOB cast member Jessica Powers, who plays Marcy Park, highlights her favorite part about the show this year, saying, “I have been in VOB for four years, but no show has been quite as high energy and exciting as Putnam. I love that it involves improv and audience participation via the guest spellers because that means it changes every night, and every night you have new opportunities to transform the show into another hilarious version of itself.”

The show was absolutely suited to this year’s VOB team, whose innovation and on-stage chemistry as a group really gave the show its wow-factor.

Powers remarks on what VOB did best in the production, saying, “VOB has excelled in many different ways over the years, but one of its biggest strengths right now with the current members is how much we love to make people laugh. In that regard, Putnam County Spelling Bee is the show that VOB was always meant to do—a truly hilarious improv comedy that lets our hilarious performers shine, and leaves the audience rolling at wildly inappropriate jokes.”

Aside from the comedic and improv merits of the show, the cast members were also just incredible performers. The vocal ability in the small cast carried every musical number, and each individual had a solo that was technically challenging and impressive. Every group number was smooth and crisp, every detail perfect down to the synchronized head rolls, and if there even were any mistakes they were certainly not noticeable. 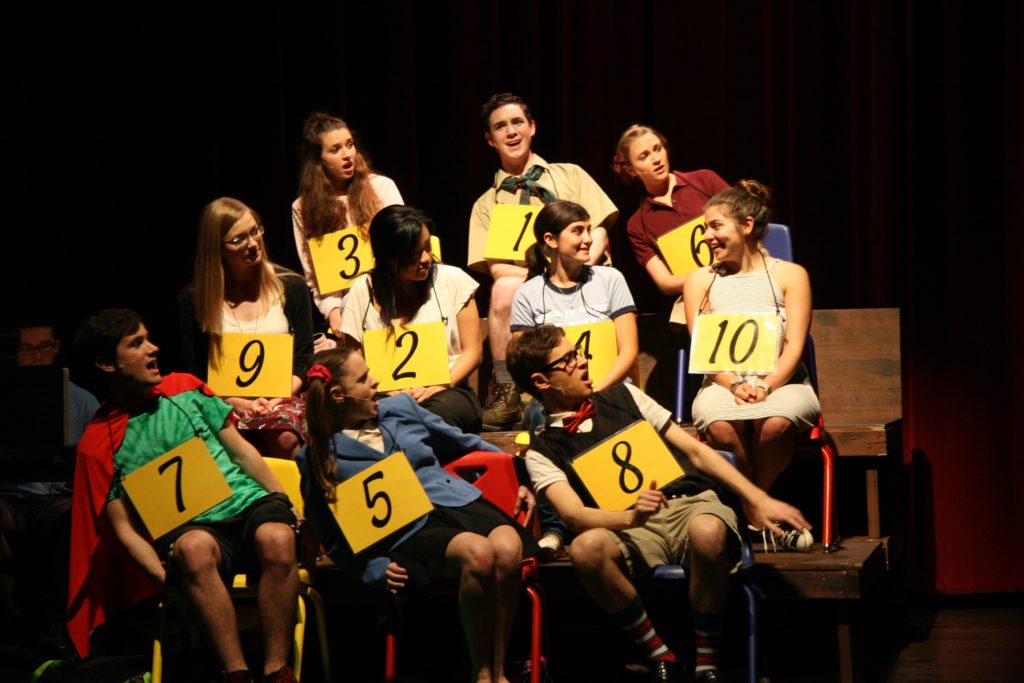 Powers, a senior, describes what she loves about being part of VOB: “VOB is filled with the most goofy, caring, and down-to-earth people you could hope to meet, and they really do become your family. All that and they’re crazy talented, from cast to crew, artistic board and orchestra! Getting to bring shows like Putnam to life with people like that is a once-in-a-lifetime experience, and I wouldn’t trade that experience for anything.”

After seeing the show this weekend, I think it’s safe to say that VOB has a fantastic group of talented performers this year, and that they did an incredible job making an already hilarious musical about spelling into something really extraordinary.