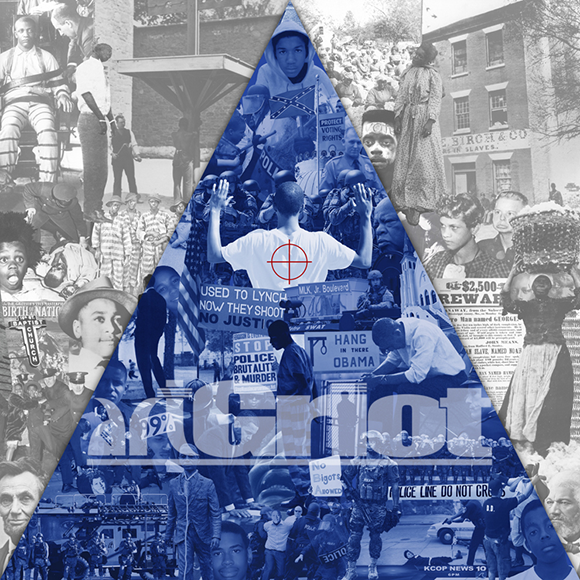 Almost 40 years after beginning college as an art major but later graduating with a law degree, and 12 years after his first exhibition in Los Angeles, Kamal al Mansour brought his exhibition, Beauty for Ashes: collage and assemblage, to Vanderbilt. The exhibition is part of Vanderbilt’s Martin Luther King Jr. Commemorative Series: “Revolutionizing our American Myths” and focuses on both the ashes and the path to portraying the beauty of African American culture.
There would be no history without black history.
Al Mansour believes that commemorating MLK is important in that his legacy serves as a beacon for future progress.

“As the saying goes, there would be no history without black history,” Al Mansour said. “Prior to King’s death, he had several speeches that talk about economic equality. So a lot of what he spoke about are issues that we deal with today. … Many of us — most of us — are in the masses, and King spoke to that. So I think a lot of what he said was prophecy in terms of where we are now but also a roadmap of how we could resolve many issues that we currently face.”

The unifying element behind the pieces in the exhibit were the ideas of protest, justice and democracy relating to the MLK Commemorative Series.

“There have been many events that have taken place: the assassination of Dr. Martin Luther King, some would consider Trayvon Martin, they would consider those the ashes. The result of sacrifice and martyrdom,” Al Mansour said. “But then out of ashes, as the Bible says, there’s beauty. And so I wanted to use art as the beauty, but also showing documentation of different things that have happened, and saying, despite that, we can still overcome, we can still be beautiful, we can still persevere.”

Among its 17 pieces, the exhibition presents What Did We Do, To Be So Black and Blue?!, a digital collage on paper that traces the concept of Jim Crow from its origin to the age of digital Jim Crow as it now exists in social media; Maya … Still Rising, honoring Maya Angelou and past and present female poets; and Patriot Act, Art II, which raises question about the true meaning of patriotism.

Upon walking through the back entrance of the BCC, Al Mansour’s exhibit snakes through three of the corridors, beginning with a large shadowbox presenting American Profile #3: Curbside Justice, which explores the theme of “Black Profiling” as it relates to criminal justice, and concluding with Someone Has To Pay, which depicts the crimes committed against the African American community. In between lie Untitled #1 (Corporate Diversity), Al Mansour’s first abstract piece based on visual data relating to corporate America, as well “Portals,” Al Mansour’s first assemblage which chronicles Black history from past to future.

Within the last image of “Portals,” Al Mansour presents a spark on the forehead of the central figure — a representation of hopes for a bright future, concurrent with the idea of the entire exhibition. From ashes comes beauty.

“Find your purpose and pursue it,” advised Al Mansour on the morning of his exhibition.

Though Al Mansour began drawing when he was five, he pursued a career in law before making the decision to begin creating again, a decision he attributes to his drive to document national and global events.

“I thought I had to respond and react to things in the world,” Al Mansour said. “Part of my talk today is a quote from Fela Kuti. He says that when God gives you a gift as an artist, you have an obligation to use that gift for the good of humanity. I sort of live by that. … It’s my way of documenting not just social events and history, but also looking into the future. ”

Al Mansour described his process for creating pieces as similar to the production of a play: he begins with a concept to which he pairs main characters, props and cast members. Because of his focus on mixed media — incorporating digital, collage, and assemblage into his works — an individual piece may be composed of up to three elements: one drawn, one constructed and one digital. For Al Mansour, mixed media is an effective medium to display his message in that it is boundless, allowing him to alter or extend things and bring the audience into the work.
When God gives you a gift as an artist, you have an obligation to use that gift for the good of humanity.
Before the piece begins to come together, however, Al Mansour finds his inspiration for creating it, something he said he finds anywhere and everywhere. It may stem from a color, a response to a social issue, music, or the need to address missing or misleading historical facts. Through finding this inspiration and using it to fuel his art, Al Mansour believes he is ultimately fulfilling his purpose.

“I feel that over the last 10 or so years, when I decided to start drawing, that began my journey of fulfilling my purpose,” Al Mansour said. “It was a tough road, but it was something that I had to do. And through patience and perseverance, I think I met that objective, and I hope that people have responded. … It’s been a long journey, and the journey’s not over.”