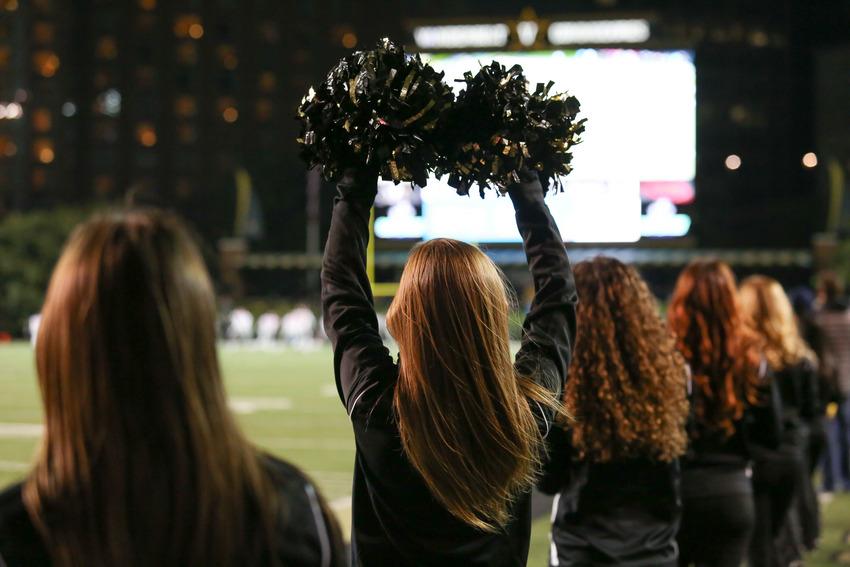 The final week of the regular season in college football never fails to disappoint, and this year’s slate of games features a handful to look forward to. Here are the three games to watch this Saturday.

In the marquee game of the weekend, Ohio State hosts Michigan in a top-five matchup that will have major implications for both the Big Ten Championship race as well as the College Football Playoff. This game marks the 10-year anniversary of “The Game of the Century” where then-No. 1 Ohio State defeated No. 2 Michigan 42-39 in an epic showdown.

This Saturday’s edition of “The Game” won’t quite match the grandeur of the clash in 2006, but it’ll be the closest it’s been since. Both teams are anchored by strong defenses with loads of talent — especially in the secondary. For Ohio State to win, it will need to open up its offense and rely less on J.T. Barrett running the ball. Michigan may again be without starting quarterback Wilton Speight, and in that case John O’Korn will fill in under center like he did last week against Indiana. If Michigan wins, it will clinch the Big Ten East and earn a spot in the Big Ten Championship game, where it will likely face Wisconsin in a rematch from earlier in the season. If Ohio State wins, well, things will get interesting, but more on that next.

No. 7 Penn State vs. Michigan State

While there are several other games with ranked teams pitted against each other (Washington vs. Washington State and Colorado vs. Utah, for example), those games don’t have quite the national impact that this Big Ten matchup does. Before the playoff era, this game wouldn’t have anyone’s attention outside of the Midwest. However, this clash that includes an eight-loss Spartan squad is one of the most important games in determining how the final four teams will shake up.

Should both Penn State and Ohio State win, Penn State would go on to play for the Big Ten Championship. In this case, Ohio State would still likely make the playoff, even without winning the conference championship. This opens up the possibility that two schools from the Big Ten make the final four teams. Teams like Washington, Colorado and Oklahoma will be pulling hard for Michigan State to pull off the upset in Happy Valley to avoid the possibility of two Big Ten teams making the playoff and taking a spot away from them. Penn State has looked sharp ever since upsetting Ohio State, but don’t count out the Spartans, a team with veterans who have won championships and big games before and will not go out quietly in their final game.

In another classic rivalry, Alabama hosts Auburn in an effort to finish the season undefeated. This game probably doesn’t hold major implications for the playoff, because even if Alabama loses it will not drop out of the top four teams. Either way, this game has proven to be a can’t-miss matchup the past few years. Alabama is a strong favorite, as once again coach Nick Saban has his team operating at maximum capacity. After a shaky start to the season that had head coach Gus Malzahn on the hot seat, Auburn has turned its season around and finds itself ranked in the top 15 heading into its final game. Even so, this Auburn squad might not be able to challenge a dominant Alabama team for four quarters. Either way, it’s certain that Paul Finebaum and all of SEC country will have their eyes glued to the TV during this game.