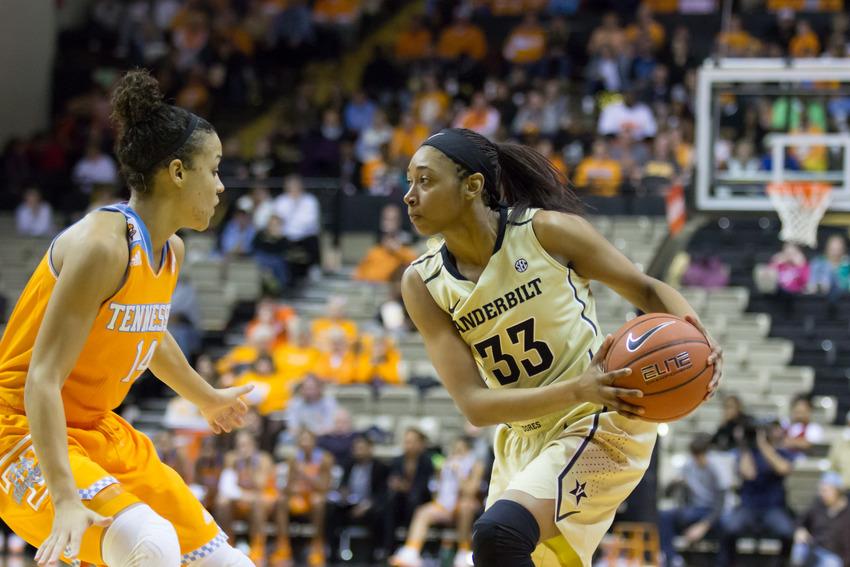 The Vanderbilt women’s basketball team defeated Division II opponent Bellarmine 97-63 in their first exhibition game Sunday afternoon at Memorial Gym. Fans got their first taste of the new-look Commodores under first-year head coach Stephanie White, and the team has a whole new energy than in years past. Here are the five main takeaways from the scrimmage:

The most apparent difference with this Commodore team and those of recent years is the tempo of play. White has installed an up-tempo system that lets her players run up and down the court at a fast and loose pace — a stark contrast from former head coach Melanie Balcomb’s slow-paced philosophy. On offense, they looked to push the ball in transition and capitalize on every fast-break opportunity they could. On defense, they ran an aggressive man-to-man scheme that tried to deny the first pass available to the opponent.

At times, this style of play led to some problems. On offense, hasty decision-making led to a lot of turnovers, and on defense they were susceptible to backdoor cuts and struggled with defensive rebounding. These problems probably have more to do with the team’s inexperience, and as the season progresses they should become less of an issue.

Six different Commodores scored in double figures for the exhibition, a product of the style of play. Throughout the game they looked to score quickly in transition before the defense got set up, which gave a lot of players opportunities to make plays. In the halfcourt, they spread the ball and looked to either send it into the post or drive to the hoop and make a play. It was as if every player had been given the green light to go make a play. Freshman Cierra Walker came off the bench to lead all scorers with 18 points.

Early on, the sloppy play made it apparent that this was the Commodores’ first taste of game action. Vandy committed 10 turnovers and had nine fouls in the first quarter alone.

As the game progressed however, they settled down and were able to find the line between fast-paced and out of control. White has only been with the team a few weeks (she recently finished up a season in the WNBA as the head coach of the Indiana Fever), and it’s understandable that these troubles were present without much familiarity with the system.

This Commodore team has a ways to go before becoming a powerhouse in the SEC, but after seeing their first taste of a game atmosphere in the White era, there is reason to believe that this team could make strides in that direction in the coming years. In just one exhibition the team made sizable improvements.

Vandy played a lot more under control and dominated in the second half, something that should be expected when playing the likes of a Division II school. Once the team fully grasps the new style of play under White, it should be a competitive force in the SEC. The Commodores are also in a great position going into next year, as their starting lineup included three juniors and a true freshman, not including the true freshman Walker who led all scorers on the afternoon.

Vanderbilt’s coach is a stormtrooper

On a different note, halftime of the exhibition featured a Halloween costume contest, and White herself made a special appearance at the end of halftime dressed up as a stormtrooper from Star Wars. White proceeded to toss candy into the stands and interact with fans. While unexpected, it’s always great to see coaches be as personable as White was in that moment. Hopefully she can bring some dominating Imperial tactics to the basketball court, too.

All in all, the team should be pleased with how the scrimmage went. They still have a long way to go, but if they continue to improve at the rate they’ve displayed already, they will be in great shape this season. The Commodores’ first regular-season game is November 11 against Kennesaw State at Memorial Gym.