HONG: Breaking the glass display of the international experience 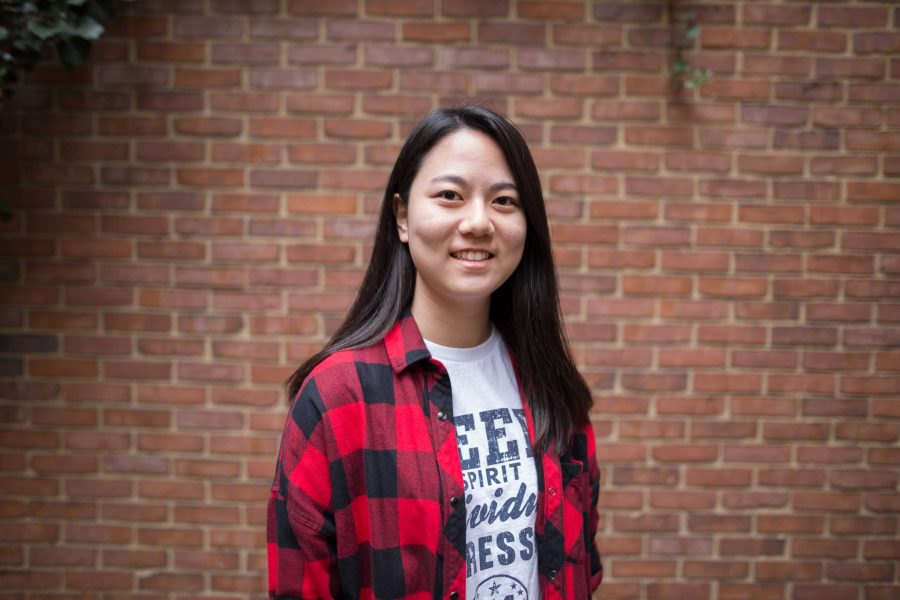 Arrival is turbulent. The shaky plane speeds across the rough concrete before gradually decelerating. Initially tense, my nerves slowly resettle. Through the tiny rectangular windows, a warm stream of early morning sunlight reveals wide green hills and the clear sky. The air is fresh and free of smog.rusbankinfo.ru/cards.html

The two words echoed in my head as I walked out of the plane and into the Atlanta airport. Although I was born in South Korea and graduated high school there, I spent my childhood and adolescence in the United States. I am officially a domestic student, but due to my heritage and years in Korea, I often feel more like an international. In short, like many students who have lived abroad, I don’t completely belong in either country.

Within me, American and Korean cultural ideals often clash. For instance, during the four years I lived in Korea, I felt like a foreigner, overly conscious of each difference in values. Take, for example, the classroom setting. In the US, debate and participation are key. In fact, teachers often assess how frequently students raise their hands, and eloquence becomes equated with intelligence. Critical, challenging questions to the class are welcomed and even encouraged.

In Korean classrooms, the contrast could not be greater. No one cares about public speaking skills, and asking questions is seen as disruptive and unintelligent. Koreans consider a desire to debate a challenge to a fight. And rather than eloquence, a student’s intelligence is almost entirely based on standardized test scores and rankings.

During my time in Korea, and even now, to be frank, I had a hard time wrapping my head around these values. Koreans adhere to an orderly, collectivist culture, a society that balks at disruptive individualism. I tried to go along with it at first, but I realized I simply did not have the emotional capacity. I felt stifled. So instead of trying to further understand or consider the rationale behind these cultural values, I gave up.

I stopped participating. I stopped caring. Why should I bother? Why try so hard when I know my values are better than theirs? As I slowly distanced myself, I began to perceive Korea not as the country of my residence and birth, namely a place that could provide a rich and interactive experience, but rather a vaguely fascinating yet nonetheless permanently incomprehensible object that could only be observed, like an odd ornament behind a glass display.

Now I understand that my account is by no means unique. Around the world, people have countless experiences with such figurative glass displays; displaced in a foreign country, they feel isolated and confused, unable (or, perhaps like me, unwilling) to participate. There are even such people at this school. But for them, the glass display obstructs not Korea, but rather Vanderbilt itself. I’m talking about the internationals.

Far from their homes and cultural values, most internationals like to band together. They like to speak the language they’re most comfortable with, tending to avoid interacting with other students as doing so often results in friction. Even I, who felt so bewildered in Korea, was momentarily shocked when I first arrived on campus, unsure how to respond to the classically American effusiveness of my peers, who talked to me as if they knew me all my life. Momentarily, I was stunned by the enthusiastic debates in the classroom, in which everyone seemed to elaborate on and beef up their arguments more than necessary. And briefly, I wondered why grades should at all depend on how loud your voice is or how well you can decorate an argument. Ironically, this was the exact same classroom aspect about which I’d been confused about in Korea.

Even I, who felt so bewildered in Korea, was momentarily shocked when I first arrived on campus, unsure how to respond to the classically American effusiveness of my peers, who talked to me as if they knew me all my life.

I can relate to the international experience. Regardless of birthplace or citizenship status, I’ve felt like a foreigner in both countries at one point or another. And I know it’s so easy to slip into a comfort zone surrounded by likewise international students, leisurely watching a new country and its strange customs as if it were behind a glass display. And I understand that American culture can seem confusing or contradictory at first. However, I’ve learned that becoming comfortably passive can turn four years’ worth of experience into an almost meaningless time. Despite the initial difficulties and friction, it will be a challenging and rewarding ordeal to break the glass. American culture has its own merits and rationale. Besides, your college life at Vanderbilt should not be an object to be observed, but rather a rich experience to be celebrated and shared.

top-zaymov
Justine Hong is a first-year in the College of Arts and Science. She can be reached at [email protected].