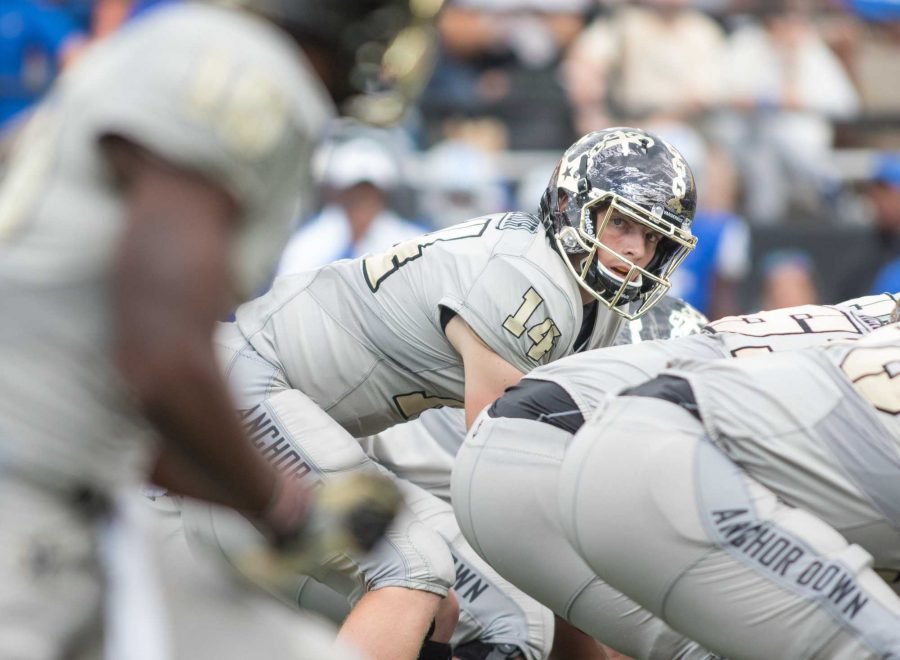 If you ask coach Derek Mason or offensive coordinator Andy Ludwig about the kind of offense they want to run at Vanderbilt, most of the time they’d say “run-first.” It’s an easy answer, as the offense features one of the premier running backs in the SEC in Ralph Webb.

That’s not the case this week, as the Commodores look to upset the No. 23 Florida Gators at home.

“It’s not about Ralph this week,” Mason said at a press conference on Tuesday. “It has to be about that offensive unit putting some stress on this defense a little bit to make sure we aren’t one-dimensional.”

“If you’re going to go into this game thinking you’re just going to run the ball down Florida’s throat, you’re fooling yourself.”

Part of that multi-dimensional offense Mason is looking for will have to come from quarterback Kyle Shurmur. Last week, he had 279 passing yards on 18 completions with one touchdown and one interception in a thrilling overtime win against Western Kentucky.

Mason said this kind of performance from Shurmur was a long time coming.

“This thing wasn’t going to be built overnight,” he said. “It’s been a process for him. Every game, I think he gets better. You’re starting to see his production go up. You’re seeing guys around him make plays and that’s important.”

The numbers back that up. Week-to-week, his passing yards, completions and quarterback rating have all increased. He has kept his touchdown-to-interception ratio positive so far this season at 3:2. Shurmur already has more passing yards this season than he did in the five games he played in last season.

Aside from his growth as a passer, his improvement as a leader has been equally important. On Vanderbilt’s game-tying drive in the final minute of the fourth quarter, it was four consecutive completions by Shumur that set the Commodores up in the red zone. A few plays later, Webb dove over the goal line for the touchdown.

“In those situations, he does what he does in practice,” Mason said on Shurmur’s leadership in crunch time. “He delivers the ball. He puts it where it needs to be. He’s not thinking, he stays calm. He knows the situation and looks at the clock. He manages it well.”

“In that situation for a young guy, he made sure he stayed composed and kept everybody composed around him. I think that’s what leaders do.”

Shurmur’s leadership will be put to the test against a tough Gators team. Florida has allowed fewer than 150 passing yards in three of its first four games. Despite their early success, however, their loss last week to the Tennessee Volunteers was tough to swallow. It snapped an 11-game winning streak against the Vols and sets up this weekend’s game as a big rebound opportunity.

So, while Vanderbilt is coming into this game on a high note, Florida is coming in on a low note. But that hasn’t crossed Mason’s mind.

“Right now, Florida is the team coming to town. They’re a good football team and well-coached. We can’t worry about their highs and lows. We just have to worry about our consistency.”

Kickoff is set for 11 a.m. at Vanderbilt Stadium. The game will be broadcast on SEC Network.