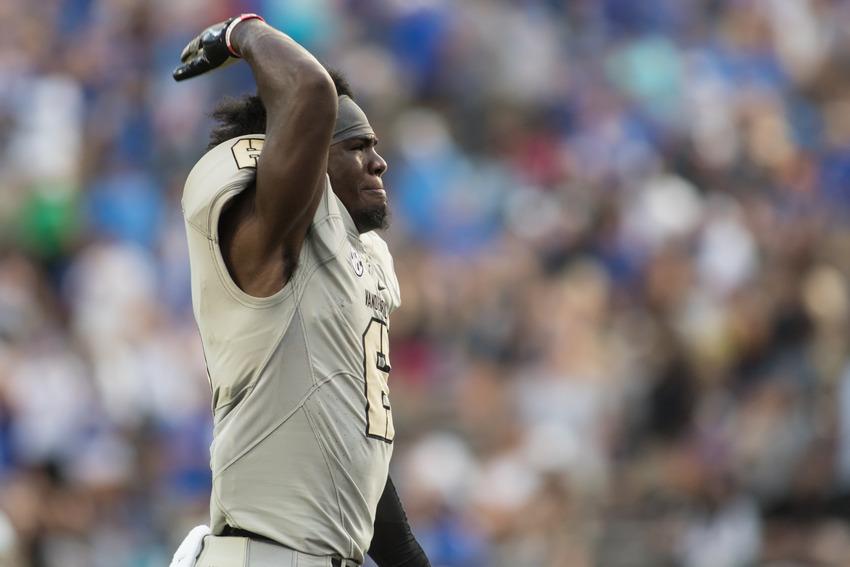 After the SEC saw several key early-season matchups play out last weekend, the Hustler staff sat down and worked out our updated power rankings for the conference (including a rise in the rankings by the Commodores).

No surprise here, as Alabama not only has a firm grip on the conference’s top spot but also for the entire country. Alabama again flexed its muscles this past weekend after beating MAC foe Kent State 48-0. The Tide should have little trouble when they face Kentucky at home this Saturday.

The Aggies once again find themselves in a strong position coming into October under Kevin Sumlin. Since Sumlin took over in 2012, A&M is 17-1 in the months of August and September.  They defeated Arkansas 45-24 in a huge SEC West showdown this past weekend to solidify their position as the conference’s No. 2 team.  We’ll see if this is the year that Sumlin can actually keep the good times rolling throughout the course of the season.

After entering their own locker room to the boos of its home crowd and an 18-point deficit to a Florida team it hadn’t beaten in 11 years, Tennessee rallied in a big way by coming back to win 38-28. Is this the year Butch Jones can finally make a run at a conference title and bring UT back to a level of prominence that has been largely absent for a decade?

Although the Rebels are only 2-2, they are arguably the best 2-2 team in the country. That’s probably not the title head coach Hugh Freeze wants for his team, but at least they got back on track by dominating Georgia 45-14 at home. Quarterback Chad Kelly continued his strong senior season by throwing for 282 yards and three total touchdowns in that game.

Although they stumbled last week against Texas A&M, this might be Bret Bielema’s strongest Razorback squad since he took over in 2013. The game against the Aggies was actually closer than the score indicated (it was tied at halftime and was a one score game until the fourth quarter). They should have no trouble taking down Alcorn State in their next matchup.

The Gators looked like the real deal in the first half against Tennessee, but then the second half happened. Let’s hope that the Gators don’t take out their frustration on Vandy this weekend, but rather continue their struggles they suffered in the second half.

Auburn came out on top vs. LSU in the “head coach hot seat bowl” (more on that later) by defeating Les Miles’ team 18-13. Auburn used a barrage of field goals (all 18 points came from kicks) to win the game. Although this was an important win for Gus Malzhan, there is still unrest in Auburn, Alabama, regarding the inability to compete like a premier SEC school.

Georgia’s first season under Kirby Smart now features its first loss after Ole Miss easily beat them. It appears that it may take some time for Georgia to return to a level of national prominence that it was accustomed to under the height of Mark Richt (who has taken Miami to a No. 14 national ranking and a 4-0 start).

Well, good-bye Les Miles. One of the most successful and outspoken coaches at the college level is out of a job after 12 seasons in Baton Rouge. Ed Orgeron will take his place as interim head coach, but who will be the one to eat the grass off of the field in the absence of Les?

Missouri won 79-0 this weekend…against Delaware State. The Tigers will take it, however, as it got them back to .500 on the season. Missouri travels to Baton Rouge next and has an opportunity to steal a win from a reeling LSU team.

Maybe Western Kentucky did more to lose the game than Vanderbilt did to win the game (three turnovers in Vandy’s territory, a missed 25-yard field goal and a failed two-point conversion in overtime), but we will take it. The ‘Dores still have an uphill battle to make it to a bowl game, but their victory this past weekend was necessary to keep the hopes alive. Vanderbilt enters the Florida game a 10-point underdog at home.

State held off Massachusetts this past weekend 47-35 in a game that was probably closer than they’d like it to be. It appears the post-Dak Prescott era won’t be able to continue the unprecedented success MSU achieved during his time at quarterback, at least in this season.

The Wildcats ground out a 17-10 win against South Carolina in the SEC’s cellar-dweller bowl.  That win got Kentucky to 2-2 on the season, but it has to face Alabama next week and that game won’t be very pretty. It’s ok though Wildcat fans, basketball season is just around the corner…

The Gamecocks have fallen to the bottom of our rankings after another disappointing week. Although they are still 2-2, their only wins are narrow victories against East Carolina and Vanderbilt. The struggles in Columbia make Vandy’s Week 1 loss to them all the more frustrating for Commodore fans.