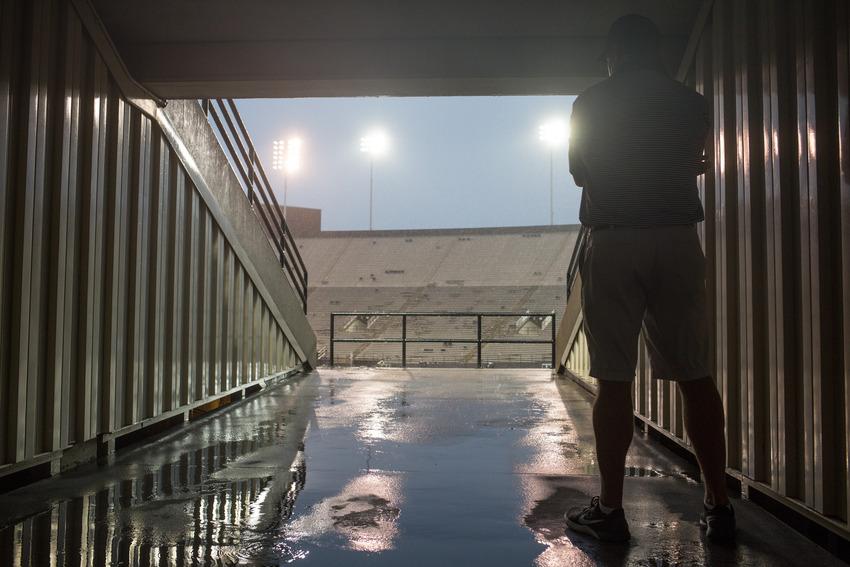 Following last week’s debacle, where half of the entire conference lost their opening games, the SEC rebounded this week. Twelve teams scored victories, many of which were blowouts.

We’re back this week to rank the 14 SEC teams from the top all the way down to Kentucky, along with their Game of Thrones counterparts (Warning: spoilers ahead).

Nobody likes Alabama, or Cersei for that matter, unless of course you live in Alabama. Yet the Tide seemingly always sit atop the rankings anyway, and even a loss probably wouldn’t change that, as Cersei has experienced several times. They scorched Western Kentucky for their second straight blowout, and true freshman quarterback Jalen Hurts looks poised to keep ‘Bama sitting on the throne.

Ole Miss came back to life this week to beat Wofford after a heartbreaking second-half collapse in Tallahassee last Monday. Now the Rebels look to repeat last year’s success, when they handed Alabama its only loss of the year. While Jon Snow isn’t technically a Stark, there’s always been a rivalry between the Starks and the Lannisters. With Snow’s newfound claim to the throne, he might be ready to challenge at the top.

The Aggies weren’t viewed as a huge threat coming into the season, but then again neither were the White Walkers. They’re led by their own “Knight King” in quarterback Trevor Knight, and the Oklahoma transfer has the experience and talent to make noise in the SEC. A 67-point blowout a week after an upset of Josh Rosen and the UCLA Bruins has them knocking on the door. Or a 700-foot wall. Either one.

The Gators are on fire and finally look ready to reclaim a seat at the table after a few disappointing years by their standards. After former quarterback Will Grier’s departure (probably due to greyscale), Luke Del Rio has stepped in and invigorated this offense with 320 yards and four touchdowns vs. Kentucky. Daenerys currently leads the east and is starting to sail west to finally challenge in King’s Landing. Florida looks to do the same.

The Razorbacks seemed to have lost their identity for a while, but they’re back after coming off an enormous double-overtime victory over TCU, atoning for their close win against Louisiana Tech just a week before. Austin Allen was fantastic, throwing for three scores and running for the game-winner. Arya Stark knows what it’s like to lose her identity, describing herself as “no one,” but she’s looking to make a splash and get revenge, just like Arkansas hopes to surprise.

Brienne is known for her loyalty, and Georgia has been as loyal to its running game, keeping the ball on the ground and letting Nick Chubb do the dirty work with another solid performance. Georgia falls this week after barely squeaking by Nicholls State, a school that most people have never heard of. It certainly was no Battle of Blackwater, but, like Brienne, they were lucky to come away unscathed.

After a brief descent from power, Tyrion escaped King’s Landing and regained his power in Meereen, always able to ascend due to his quick wits. LSU experienced that brief descent with a bad Week 1 loss, but after escaping Wisconsin they were able to rebound in Week 2, sticking to their strength, feeding the ball to Leonard Fournette over and over again. Everyone loves Tyrion, just like every scout has to love Fournette. If you can get past Tyrion’s size and LSU’s quarterback play, there’s nowhere to go but up.

The Vols came into this week with a lot of questions, but those were all answered when they took the field against Virginia Tech in the Battle of Bristol, with the largest attendance in the history of college football. Littlefinger knows a thing or two about big battles, helping Jon Snow and his army defeat the Boltons in the Battle of Winterfell.  Littlefinger always has a trick up his sleeve; for Tennessee, that was a fumble recovery to win last week and Josh Dobbs running wild to defeat the Hokies this time around.

Auburn has clearly fallen from its past prominence in the SEC but didn’t look bad in a tough loss to Clemson. They’re not the same team that won 12 games and took down Alabama a few years back, but then again Jamie isn’t the same king’s guard member who took down the Mad King either. On one hand, Sean White and Kamryn Pettway have this offense moving in the right direction heading into their matchup vs. A&M. On the other hand…well there isn’t really an other hand.

The Bulldogs fell off a cliff last week when they were upset by South Alabama on a missed field goal. One could say that they had no legs last week, but this week was a different story, as they were able to move up a couple spots largely due to quarterback Nick Fitzgerald, who threw for 178 yards and ran for 195. Despite the win, Mississippi State has a long way to go, and most fans are probably having flashbacks of Dak Prescott instead.

After torturing Sansa Stark for what seemed like an eternity, Ramsay finally met his match. The same can be said about South Carolina, who after coming off a comeback win in Nashville faltered this week, swapping quarterbacks in the process. It looks like freshman Brandon McIlwain will receive the majority of the snaps going forward, but SC has struggled offensively in two straight weeks. Ramsay and the Gamecocks finally met their matches in the same manner: getting eaten alive by dogs.

Week 1 was a disaster for Vanderbilt, much like the last bunch of years of Sansa’s life, but a win against a Middle Tennessee team that’s led by a talented quarterback in Brent Stockstill has given them some hope.  The duo of Ralph Webb and Khari Blasingame was fantastic, accounting for four touchdowns, with Webb rushing for 211 yards. But they still have a lot to prove if they want to make a bowl game.

Theon Greyjoy lived one of the least desirable lives in the entire show for the majority of the past couple of seasons. This was essentially Mizzou last year, and things in Week 1 didn’t really help, as they lost badly to West Virginia. Missouri doesn’t look to be going anywhere this season, but if there’s one bright spot, it’s Drew Lock putting up video game numbers with 450 yards and five touchdowns. If there’s one bright spot for Theon, it’s watching his sister take over their quest for power.

This really could have been anyone who suffered a horrible death, but Loras seemed the way to go here. Few characters have gone through the pain and misery that Loras has. Imagine being imprisoned with no hope, and then finally you have new life only to be taken away by a giant firestorm that kills you. Sounds awful, right? If you tuned in to the Kentucky game this week, you either wasted your time, or you were rooting for Florida. Just like Loras, I think Kentucky’s best days will come at the end of the season. At least they have basketball.