The Vanderbilt Hustler’s guide to Houston 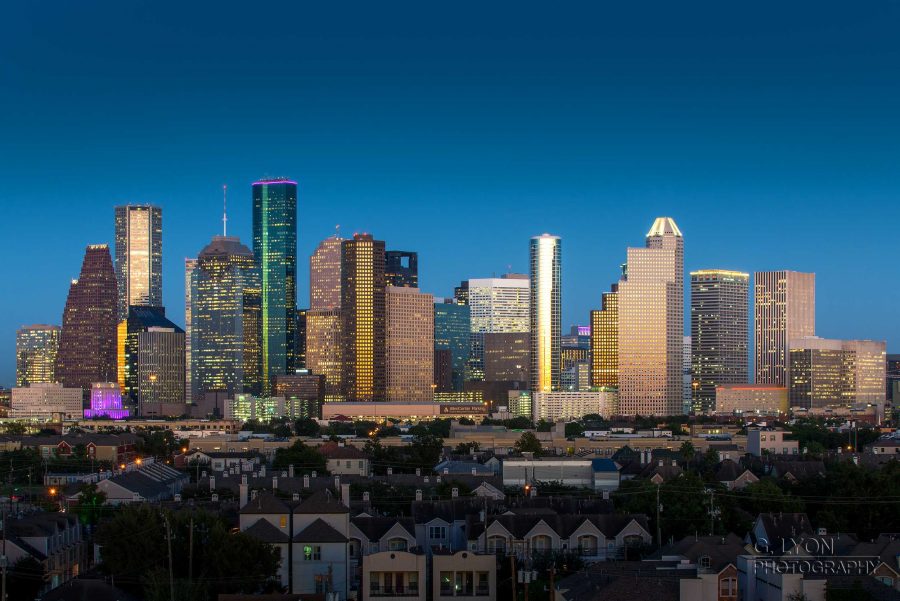 The Vanderbilt Commodores are set to take on Baylor in the Texas Bowl in Houston on December 27.

If you’re making the trip to H-Town for the game, here are some recommendations from two Hustler staffers that call Texas home.

Space Center HoustonSpace Center Houston is home to the NASA Johnson Space Center. It’s in Clear Lake, an eastern suburb of Houston, but it’s worth the drive. You can see where astronauts train to go to space, touch moon rocks, and marvel at the spacecraft displayed on site. Take a tram tour to visit Mission Control and get a look at what goes on behind-the-scenes at NASA. Admission is $25, and Space Center Houston is open every day except Christmas.Ice Skate at Discovery Green ParkOpen every day, the ice skating rink at Discovery Green Park in downtown Houston is a great option for families. Admission plus skate rental fees add up to $15, but you’ll be rewarded with a great view of the towering skyscrapers around the park. Discovery Green and nearby Buffalo Bayou Park are Houston’s answers to Central Park, and the lush greenery is a welcome escape from the concrete jungle.Catch a Rockets gameThe Houston Rockets play home games on December 22nd and 25th if you’re in Houston early. Cheer on reigning NBA MVP James Harden and the Rockets as they take on Western Conference rivals San Antonio and Oklahoma City. Rothko ChapelLocated in Houston’s Museum District, Rothko Chapel is a non-denominational chapel that doubles as a work of modern art. It’s a great place to relax and reflect before the bowl game. Admission is free, and it’s next to the Menil Collection, another top-notch museum.Art MuseumsAfter visiting Rothko Chapel, head on over the the Menil Collection. The Menil is home to the private are collection of the Menil family, and it houses over 17,000 pieces of art. It’s closed on Monday and Tuesdays. Admission is free.The Museum of Fine Arts is one of the largest art museums in the United States. The 65,000 pieces of art span a range of 6,000 years. Some of the most famous collections at the museum are its Italian Renaissance paintings, photography, French Impressionism art, and African and pre-Columbian gold. The museum is closed on Mondays and Christmas Day. Admission is $15.Turrell Skyspace light show at sunset or sunrise The James Turrell Skyspace is near the Shepherd School of Music on Rice University’s campus. The Skyspace is open every day except Tuesday and is free to visit. Make a reservation ahead of time to view the sunrise or sunset light sequences or stop by anytime throughout the day to explore the space. After checking out the Skyspace, be sure to walk around Rice’s beautiful campus and get lunch in the nearby Rice Village area.Bayou Bend GardensThis 14-acre estate was the former estate of Ima Hogg, and it transforms into a winter wonderland in December. Thousands of lights and even a sledding hill with fake snow (this is Texas, after all) create a festive environment at the gardens. The gardens are open every evening except Monday and Tuesday. Tours are $15 for adults and $10 for children.Craft Breweries Houston’s craft brewery scene is on the rise, leading to the development of many new and interesting breweries around the city. Sometimes it can be overwhelming looking at all the options in Houston. Here are a few that should be at the top of any beer lover’s list. Beyond the breweries talked about here, you can always check out houstonbeerguide.com. Or, check out one of Houston’s many beer gardens such as Flying Saucer, Petrol Station, Hay Merchant, or The Branch.Saint ArnoldKnown as Texas’ oldest brewery around, they continue to produce solid draft beer and special seasonal brews such as Christmas Ale and White Noise. Recently, they kicked their game up a notch, adding a new beer garden and restaurant complete with one of the largest TV screens around. Guaranteed to be sufficient for watching bowl game football.8th WonderNamed after the Houston Astrodome, known to many as the “8th Wonder of the World”, 8th Wonder Brewery opened in 2013 on the east side of Houston. The brewery provides more than just beer with food trucks, coffee, kombucha, and even a new distillery. Known for clever and creative brews such as Dome Faux’m and IntellectuALE, 8th Wonder would be a highlight on anyone’s trip. Eureka HeightsLocated in the Heights, Eureka Heights is yet another brewery contributing to the Houston Brewscape. These home brewers-turned-full-time brewmasters focus on developing “fun and approachable” brews that are typically lower in alcohol content. Despite their ridiculous names and fun colors, these brews are distinct and memorable. They also have growlers to go if that’s your style. 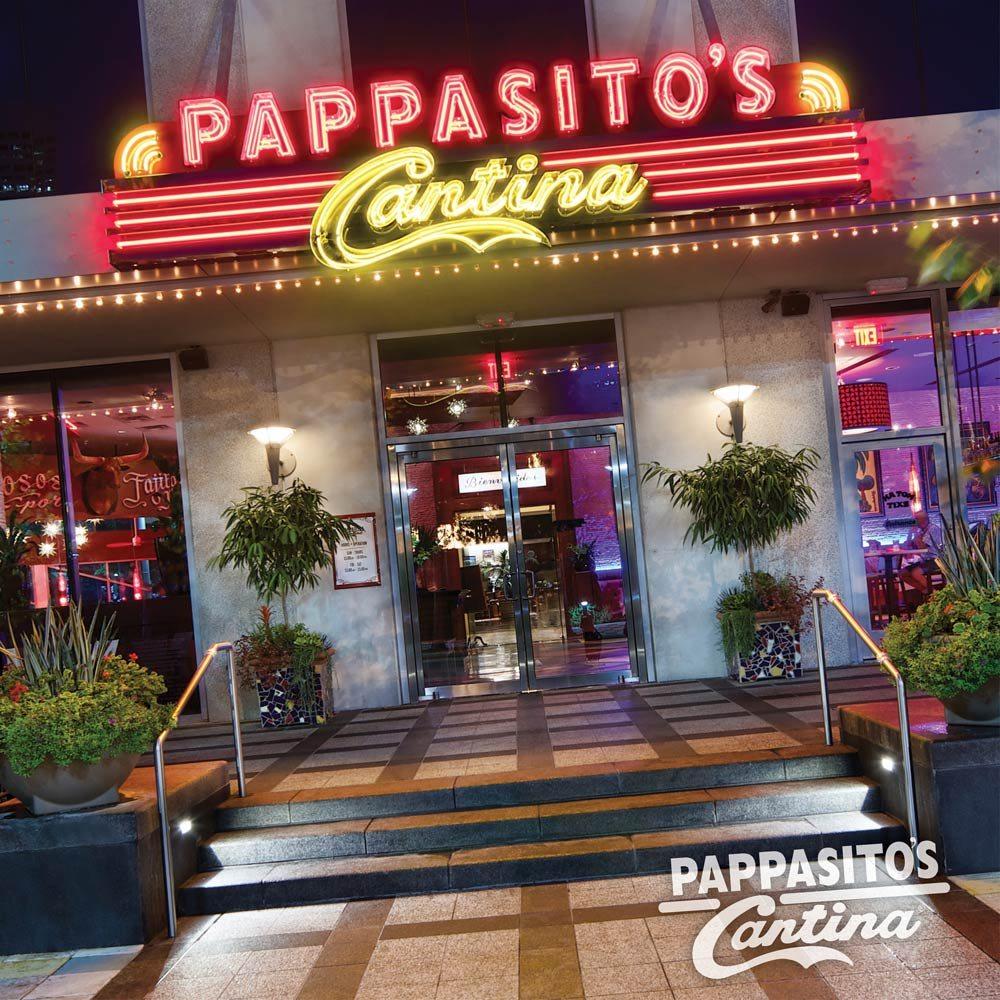 Tex-MexHouston is known for its Tex-Mex, and as I mention every time I’m at the Chuy’s on Broadway, Nashville’s taco shops and Texas transplants like Chuy’s cannot compare. The quintessential Tex-Mex dish at any of the city’s best restaurants is fajitas, grilled meat and vegetables served on a piping hot skillet ready to be put in a warm tortilla and stuffed with toppings. Pappasito’s Cantina, Pico’s, and El Tiempo Cantina are fantastic options.OtherHouston is one of the best cities for foodies, and these restaurants, while hard to categorize, are worth trying. Any time I meet someone from Texas, the conversation often shifts to a shared love for Torchy’s Tacos. The queso and guacamole can’t be missed, and the creative tacos are incredible as well. Local Foods is a popular sandwich shop with many locations in the area. Pondicheri is an Indian-Texan fusion restaurant that’s loved by locals. CajunThe crawfish at Rites of Spring can’t compare to juicy, spicy crawfish in Cajun country. Crawfish and Noodles, located in Chinatown, combines Vietnamese and Cajun cooking techniques to produce some of the best and most unique crawfish in the country. Ragin’ Cajun and BB’s Cafe are more traditional Cajun spots that will transport you to the swamps of Louisiana in case you miss Shreveport from Vanderbilt’s bowl trip two years ago.SouthernWhile there’s plenty of Southern food in Nashville, if a craving hits you in Houston, you’ll be covered. State of Grace is famous for its raw oyster bar and a Sunday Supper menu that will even leave an offensive lineman feeling full. The Breakfast Klub’s chicken and waffles are legendary, but be prepared to stand in line for awhile.BBQEach region of Texas has its own style of barbecue, and East Texan barbecue uses hickory wood and sweet barbecue sauces to create heavenly beef brisket. Killen’s and Gatlin’s are two of the area’s best barbecue joints. Killen’s is in a suburb about 16 miles south of downtown Houston, and Gatlin’s is located on the north side of the city. The Brisket House is a solid option in the city, too.AsianAlthough Texas is known for its fantastic brisket and Tex-Mex, Houston in particular is also known for the variety of Asian cuisine that can be found pretty much anywhere you look.  Located in Midtown, Wanna Bao Bistro specializes in soup dumplings called xiao long bao. The restaurant is traditional, and it has some of the best bao that you will find in Houston. Uchi, an offshoot of Austin’s original Uchi, serves some of the best Japanese food in the city. If you want quality sushi in Houston with a creative flair, this is it. For more of a hole-in-the-wall feel, Thai Gourmet is one of the best places to get Thai cuisine. Located in the Galleria area, Thai Gourmet provides authentic cuisine at a decent price.