Malcolm Turner is a unique, outside-the-box hire. That’s why he might be perfect as athletic director 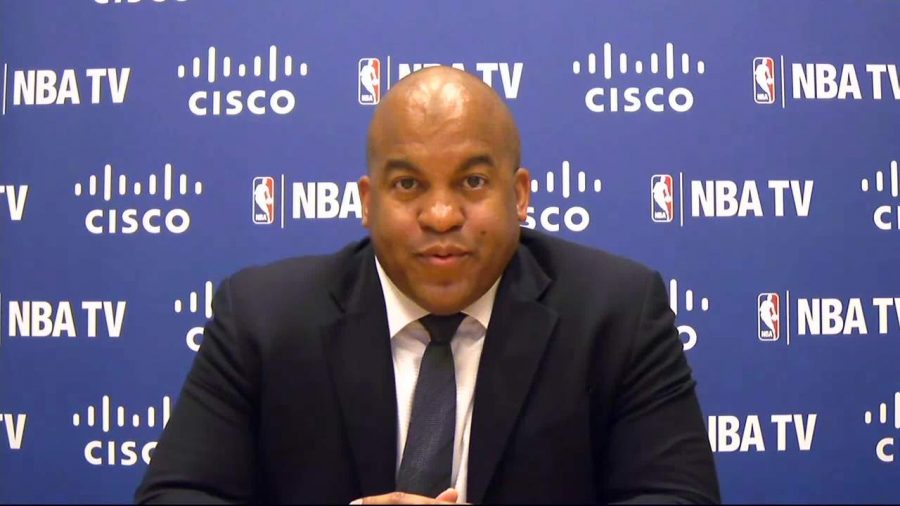 Vanderbilt University is a place for innovation.

So it’s no wonder that a university that is on the forefront of innovation in academia made a completely outside-the-box hire for its athletic director position in Malcolm Turner.

This school could have likely had its choice of experienced administrators from power five schools for the position. Instead, it hired the former president of the NBA G League that has no experience in collegiate athletics.

It’s unique. It’s unusual. It’s outside the box. But it might be exactly what the doctor ordered for this athletic department.

Under David Williams’ leadership, Vanderbilt Athletics reached new heights in terms of facilities and performance. The school as a whole has won four national championships and countless SEC titles. Football has been to six bowl games in the last 10 years, and has seen renovations to its space in McGugin and has a nice indoor practice facility. Men’s Basketball has reached the NCAA Tournament on a relatively consistent basis. Vanderbilt Baseball is a powerhouse that has a brand-new facility.

However, there’s still a lot left to be desired. There are lots of important facilities that need upgrading. Vanderbilt has not earned proper fan support from a booming sports market that has rallied around teams like the Predators, Titans and Nashville SC.

In order to raise Vanderbilt’s ceiling of success, the athletic department needed somebody fresh and new. It needed somebody who could look at where Vanderbilt is at the moment and find a way to take it to new heights without necessarily being engrained in what is traditionally done in collegiate athletics and in Vanderbilt Athletics.

They found that person in Turner.

As he’s done with the NBA G League and with the Wasserman Media Group, Turner has laid out a plan for growth and executed it to perfection. That’s what sold Chancellor Nicholas Zeppos on him.

“What I really wanted was somebody who can’t predict the future, but as we say, can skate to where the puck is going, articulating a vision for Vanderbilt in a very dynamic environment,” Zeppos said. “Also, the kind of ability to say, if you look at Malcolm, ‘What could OnSports be? What could Wasserman be? What could the G-League be?’ You’ve got to have some sense of where this is all going. The business background was important to me, but the strategic thinking and the ability to kind of say ‘This is where this should be going’ is very important to me.”

In the span of four years, Turner helped land the league’s title sponsorship with Gatorade, expand the league by 10 teams and bring it closer to full NBA representation, make the league more accessible through game streams and other forms of marketing, and doing so all while maintaining and improving the league’s commitment to player, coach and referee development.

If Turner can bring that same approach to making Vanderbilt Athletics more enticing, exciting and marketable while maintaining the “Vanderbilt Way,” he could be an incredibly successful athletic director.

“With the G League, I think there are a few things that we did really well, and it’s an approach that I look forward to having the opportunity to apply here,” Turner said. “We were successful in creating a compelling vision for the future and then crafting an actionable plan for growth. Once we had those two pieces in place, I think we were just deadly efficient in executing against that plan. It’s been a big team effort in terms of the record growth that we’ve had in the NBA G League with a record number of teams all single-affiliated with an NBA team, the record levels of G League experience at the NBA level, but I think that’s certainly an approach that I look forward to applying here.”

Some critics might point to his lack of experience in collegiate athletics and express concern that he has not had to raise money like an athletic director before. However, all of the success he’s had in his past jobs speak to his ability to foster relationships and get people to buy into a vision for the future, two of the key aspects of fundraising.

Some might also be concerned that facilities and other notable issues facing Vanderbilt Athletics were not discussed in specifics during today’s conference call. However, that doesn’t mean Turner isn’t aware of the issues and what needs to be done.

“At the end of the day it’s about providing our teams, namely our coaches and student-athletes, with the direction and resources and support that they need,” Turner said. “Clearly, there are a number of things that underpin that, but clearly revenue and facilities and other resources are depending to that. I’ll be looking forward to digging into that in short order when I get started.”

Vanderbilt could have picked a traditional power-five athletic director for this position and operated within the framework of what happens at most power-five schools.

However, Vanderbilt is not most schools.

The biggest thing Vanderbilt needs right now is a vision for the future. Vanderbilt has reached a point in which it just needed somebody that had the vision, energy and new frame of conceptual thinking to be able to bring Vanderbilt Athletics into a new age.

Turner has the vision, the energy and the outside-the-box experience to do just that and jumpstart a new era of Vanderbilt Athletics.

That is, of course, if Chancellor Zeppos and the administration provide the spark plugs.