Construction outside Towers East creating mock-ups for Residential College A 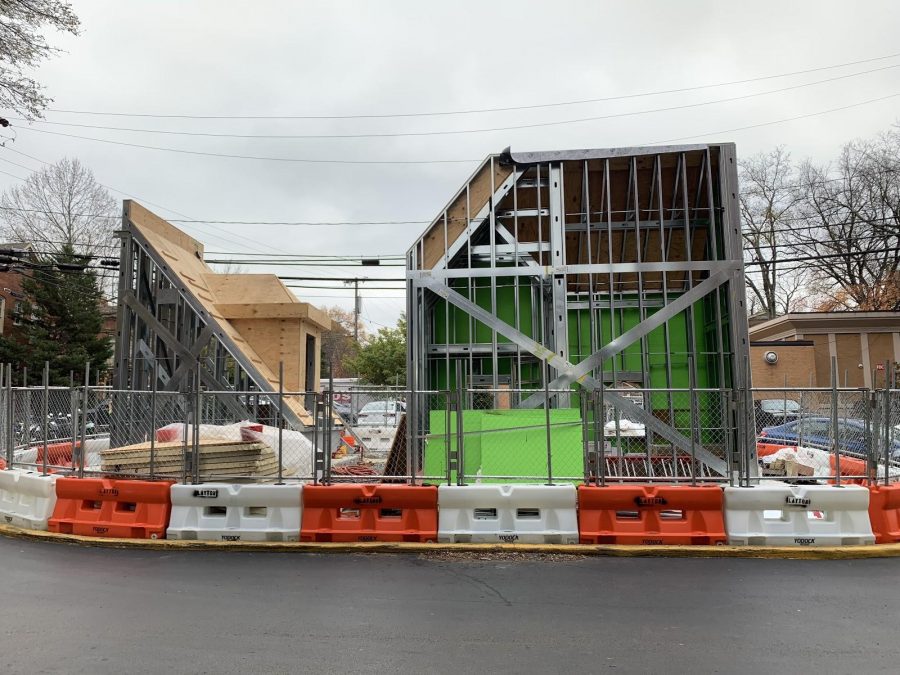 Construction is ongoing outside Towers East in order to build two sample panels as mock-ups for Residential College A, which is part of Vanderbilt’s FutureVU plan.

This is a typical practice in construction, as it allows contractors to build walls exactly as they will build the final product.

According to Bob Grummon, Project Manager, the mock-ups will include wall framing, wall flashing and finished exterior materials such as brick and windows.

The scheduled construction for these mock-ups is usually 8 a.m. to 5 p.m., but there are some times when work starts earlier in the day, such as days with large concrete pours. Residents of Towers receive emails informing students of scheduled this early morning work.

“We diligently monitor job site noise to ensure it stays at or below city ordinances and are taking active measures to keep the noise to a minimum,” Grummon said.

Katie Lawless, a junior living in Towers 1, expressed concerns about some of the logistics of the construction site.

“We haven’t heard much noise living on the 12th floor, but one major inconvenience as a student, especially with a car on campus, is that the vehicles sometimes block the traffic loop outside Towers 1 and 2,” Lawless said. “This seems to make it more dangerous for students walking in the area too because they are then forced to avoid cars backing up in the loop.”

Towers East was chosen as the site for these mock-ups due to its access and visibility to the design teams as well as members of the Vanderbilt community. The mock-ups will remain in place until the demolition of Towers East begins in the Summer/Fall of 2020.

“This site also provides for the ability of keeping the mock-ups for a longer period so we can compare them with the actual construction of RC-A,” Grummon said.

While the construction is occurring close to residencies, Grummon emphasized the safety precautions being taken. The contractor utilizes standard safety measures such as locking the site at night, placing fencing around the perimeter, employing security cameras, and requiring visitors to wear protective gear while visiting the site.

“Although the challenges associated construction are an inconvenience–noise, barriers, etc.– we hope students will understand that, as evidenced by the previous decades when the university built The Martha Rivers Ingram Commons, Warren and Moore Colleges and E. Bronson Ingram College, these periods of activity are foundational and will benefit future Vanderbilt students,” Grummon said.