A day at the polls: why we vote 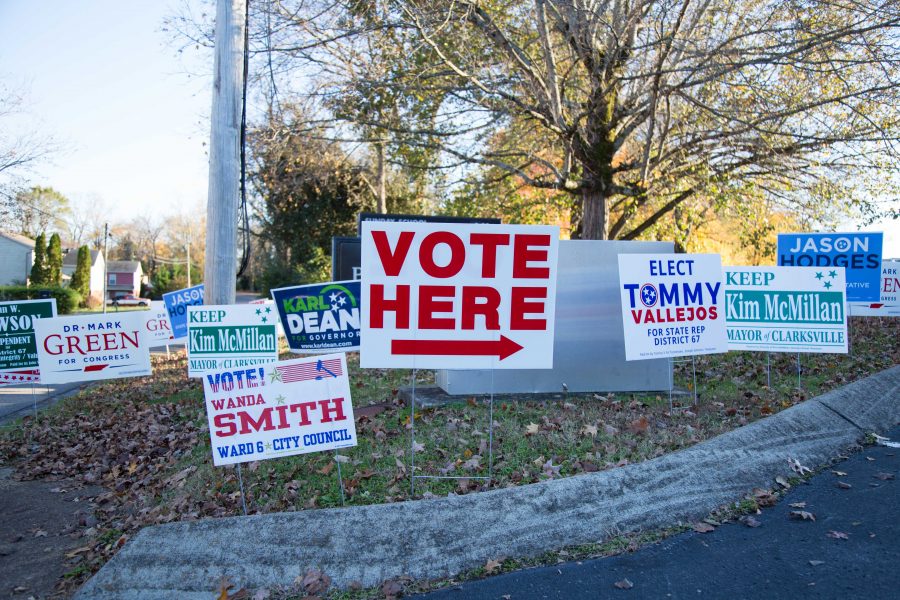 Whether they voted for the first time or the twentieth; by absentee ballot, during early voting or in person on Tuesday, Nov. 6, many Tennesseans were eager to make their voices heard in this year’s midterm elections.

The Tennessee Senate election was one to watch this year, with Republican candidate Marsha Blackburn and Democrat Phil Bredesen at odds in one of the closest races country-wide. Ultimately, Blackburn secured the victory with a safe margin of about 11 points, according to the New York Times.

The Vanderbilt Hustler spoke with voters at both locations Vanderbilt students were assigned to vote: those with main campus addresses voted at Eakin Elementary School, and students who live on Commons went to the Murrell School.

The Murrell School on 14th Avenue South was calm but charged on Tuesday morning. Nashville residents chatted excitedly about the election as they waited in the short line to cast their ballot.

There was an animated feeling in the air as voters spoke about why they chose to vote in the midterms. Many cited a hope for change as their main motivation.

“I want changes, I really do,” said Cora Davis, a retired woman who voted at Murrell on Tuesday. “I don’t like the system where they don’t want to help poor people. Me personally, I wish I could help everybody.  People complain, but they don’t go vote.”

When the Hustler arrived at Eakin Elementary in the early afternoon, there was little action, with a fairly slow stream of voters tricking in to vote.

“I voted today because, well, I was registered in New York as a Democrat my vote doesn’t really count there,” Vanderbilt junior Julia Talish said. “I knew that if I voted here I could potentially have a chance to make more of an impact on the Tennessee community and also hopefully in the Senate and Congress as well.”

Like Talish, Vanderbilt junior Lila Meretzky also chose to vote in Tennessee, and has been doing so since the 2016 election, because she feels her vote counts more in the state.

“I’m originally from New York, and I have pretty far left leaning politics and the part of New York that I’m from, especially even if I had some kind of different agenda or ideology, just because of the sheer number of people that vote the same way that I do, even if I thought differently my vote necessarily wouldn’t count as much,” Vanderbilt junior Lila Meretzky said. “Also I just feel like Tennessee, I may end up living here after college, I feel like maybe my vote counts more here. I feel like if I get pregnant in the next year and need an abortion, like I can’t fly home, some people have the resources to do that, I can’t. So this is just the place where I live now and the place where the laws affect me.”

Many of the voters the Hustler spoke to said they saw voting as a part of their civic duty and something they were obligated to do.

“I came out to vote because I feel like the future is in our hands, and it’s the most powerful thing I can do as a citizen to help impact my future and the future of other Nashvillians as well,” said Scott Franco, a Vanderbilt alumnus working in commercial real estate.

Charles Li, who works in business education and agricultural tourism brought a level of excitement to his expression of civic duty. He noted that this was his tenth time voting–something worth celebrating.

“We love this country, we enjoy the freedom, and we need to see some change,” he said. “Some areas, because I’ve travelled around the world, some things Nashville needs to change, because more people are moving here every day, and the traffic jams, crime rate–we need to do something.”