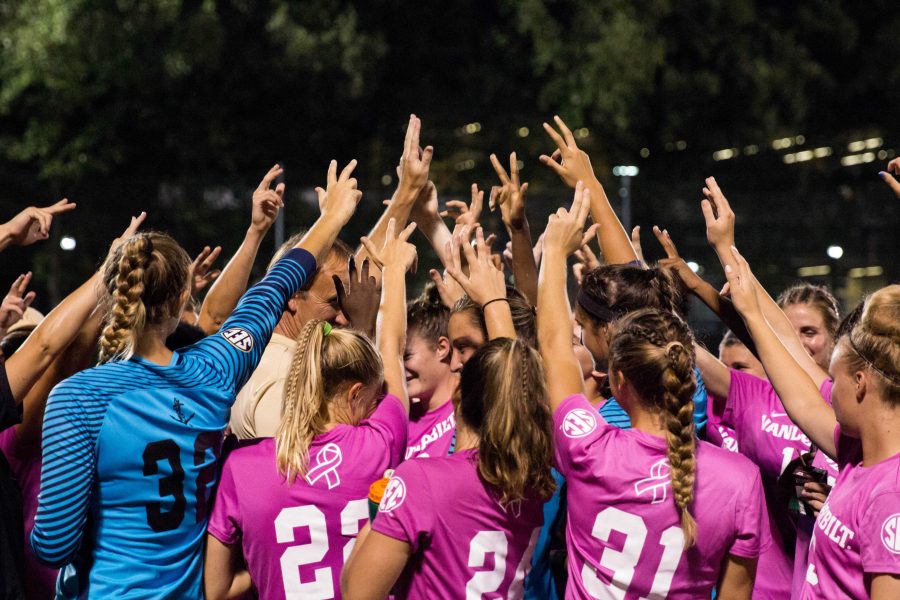 For the ninth time in program history, Vanderbilt Soccer is headed to the NCAA Tournament.

The Commodores will take on Murray State in the first round at the Vanderbilt Soccer Complex on Saturday, November 10th at 7 PM. Tickets are $10 for adults and $5 for students.

The team will host a first-round game in Nashville for the first time since 2005 when the Commodores hosted Samford and fell on penalty kicks in the first round.

Vanderbilt finished this season with a 15-3-1 record, winning the SEC regular season title. The team went without a loss in 16 consecutive games between August 19 and October 21 before dropping the regular season finale against Ole Miss and their first game of the SEC Tournament against Florida.

A number of Commodores earned individual accolades this season. Redshirt freshman Haley Hopkins was named the SEC Freshman of the Year, while head coach Darren Ambrose was named SEC Coach of the Year. In addition, Grace Jackson, Nia Dorsey and Ella Shamburger all earned SEC honors.

Last season, the Commodores made the NCAA Tournament for the first time since 2006 and upset fourth-seeded Ohio State on the road in the first round. Vanderbilt fell to Santa Clara in the second round.