THORNTON: How to avoid being a bigot on Halloween 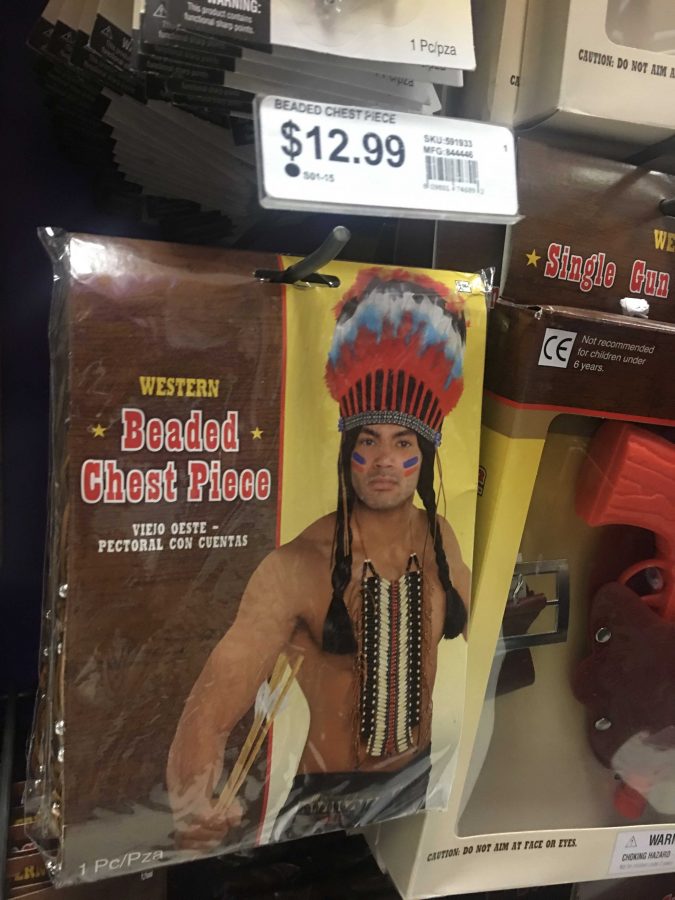 We all know her: the girl who, every Halloween, last minute, puts a feather in her hair and paint on her cheeks, throws on something revealing and calls herself a sexy “Indian.” A few things: 1) the correct term is Native American, 2) feathers and other headdresses were traditionally worn by male warriors and 3) a feather commonly represented trust, honor, strength, wisdom, power or freedom, and in order to receive one, one typically needed to demonstrate courage. Ignorance of these realities leads to cultural appropriation: the act of stealing from other cultures without giving them credit or paying respect.

This Halloween, we must all remember that dressing up as someone else’s culture, especially when ignoring the cultural significance of certain symbols and clothing, is not only rude, but frankly, racist. This portrays people as characters devoid of human qualities and insinuates that their culture can be defined by a fictional costume.

Depicting their experiences as fiction minimizes the struggles that persecuted populations have faced and still face. Additionally, the majority dressing up as people who have been historically viewed as the “lesser” continues a hierarchy of oppression and perpetuates white supremacy.

Many colleges have instilled rules this Halloween, which advise specifically against, in one college’s order, “binge drinking, sexualized or culturally inappropriate costumes, and vandalism.” Additionally, they have fostered conversations regarding appropriating cultures during other holidays, such as on Cinco de Mayo. They have sponsored student government talks about the sexualization and appropriation of other cultures on Halloween. These are positive advancements, ones that Vanderbilt should try to replicate, because they not only acknowledge that minority students’ presence, but give them respect.

Today, there are so many complaints about how “culturally sensitive” our society has become. A particular target of this criticism are college campuses like ours, which have had to become more inclusive as they’ve accepted more international students, students of color, as well as recognize the presence of LGBTQIA students. However, the reality of it is, simply wanting respect for one’s culture is not being overly sensitive in the slightest. Rather, it is paying homage to our predecessors who fought for recognition as full citizens in countries that repressed their traditional cultural practices and dress.

With October 31 only a few days away, many universities across the country have already begun to urge students to steer clear of appropriation with their costumes so as “not offend other students.” However, the real reason that students shouldn’t appropriate is to avoid being a bigot.

Here are five easy rules to follow to avoid being a racist:

No blackface under ANY CIRCUMSTANCE. This should seem self-evident; however, new stories of blackface costumes arise every single year. It is no secret that blackface stems from history of minstrel shows, portraying Black people as dumb and instruments of comedy. Doing this, even as a costume, no matter the connotation, perpetuates a history of white supremacy, despite what Megyn Kelly or others may argue. Similarly, many question whether or not it’s okay to dress up as Black celebrities on Halloween, and it is; however, if you chose to dress up as Beyoncé or Obama this year, don’t paint your face to match theirs.
No clothing, especially hats or headpieces, from another country. This includes Native American headdresses and feathers, Mexican sombreros, Chinese sedge hats/rice hats, Hawaiian straw hats and Middle Eastern Fez hats. When we wear these items as costumes, we are insinuating that minorities and different populations are an other or so foreign that they’re fiction.
Don’t sexualize minorities. This may seem like common sense, but people still seem to be making this mistake. Refrain from any sexy geisha, sexy Roma, sexy “señorita” and definitely Hindu goddess costumes. Making minorities into sexy characters inherently exotifies their sexuality, commodifying a key piece of their identity. Stick to sexy witches and vampires please.
No half man/half woman costumes. These have been labeled as “Caitlyn Jenner” costumes, and are easily interpreted as “trans costumes.” Clearly, this very offensive, insinuating that being trans is abnormal.
And finally, don’t wear ANYTHING that has to do with Dia de los Muertos, a.k.a. Day of the Dead. Even though it begins on Oct. 31 and utilizes symbols like skulls and skeletons, this holiday has absolutely nothing to do with Halloween. Rather, it is a Mexican holiday that commemorates family members who have passed. So don’t wear a painted skull and call yourself a señor or señorita. Lumping Dia de los Muertos in with Halloween, an inherently satirical event, essentially minimizes the holiday and the honoring of those who have passed.

Cultural appropriation is a pressing, pervasive problem. Unfortunately, the term has become a target for Internet trolls, essentially tied to people who are too “culturally sensitive”. It is encouraged that we pay homage to cultures that are not our own, cultures that interest us; however, we must understand that it is inappropriate and racist to do it on a day dedicated to wearing costumes and evoking horror. As opposed to putting on a Party City hula skirt that looks nothing like a traditional liku and dressing up as a “Hawaiian girl” this year, try thinking outside the box and do something fun and clever. Happy Halloween!

Miquéla Thornton is a first-year in the College of Arts and Sciences. She can be reached at [email protected]