THORNTON: Should confederate statues be demolished with a bulldozer or a wrecking ball? 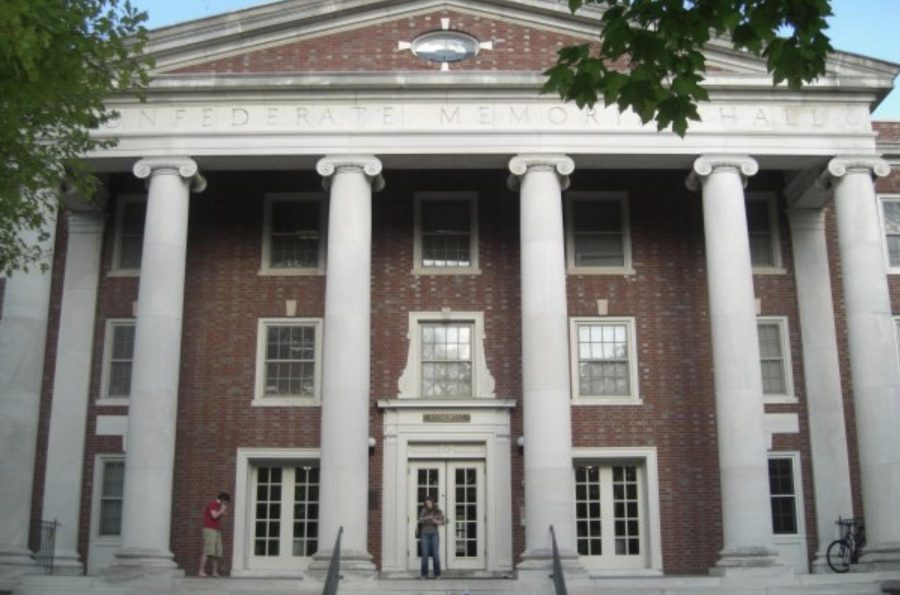 In 1949, on the heels of World War II, Germany banned the usage of the swastika. Since 1945, the German government has worked to rid the country of Nazi-era memorials. Nazi headquarters have been transformed into educational spaces. Jails that housed high-ranking Nazi officers have been torn down. Even the bunker that Adolf Hitler committed suicide in has been plastered over and buried under a parking lot. It is now marked with only a small plaque; additionally, most Nazi burial sites remain unmarked.

Germany has learned to grapple with its past without glorifying it. So why can’t America do the same thing? Why are states still allowed to fly the Confederate Flag? Why haven’t we torn down Confederate monuments of men who were monsters. Germany poured concrete over their most famous oppressors nearly seven decades ago, while, in America, we still have shrines of our own.

Keeping these shrines of monsters glorifies oppressors and spits on the graves of those they called slave. The lack of integrity in the way some schools decide to teach about slavery further spits on those graves. The United States has no mandatory standard on how to talk about slavery in schools, and without a set mandate, we allow schools to teach slavery in sickening ways or deeply misrepresent it. Not only does this fail to preserve the authenticity of the disgusting underbelly of American history, but it also upholds the verdict that keeping up Confederate statues embody. As reported by The Atlantic, students across the country, ranging from third grade to high school are being assigned to reenact slave ships in class, list reasons why Africans made ‘good slaves’, create slave auction advertisement posters and runaway slave wanted signs, and given math word problems about slavery, beatings, and picking fruit and cotton, absent of any historical context. It’s appalling to imagine 8-year-olds doing addition and subtraction with the number of beatings a slave received or the amount of cotton he picked, yet it continues to happen. Just as the continued standing of confederate statues shows, these horrendous mistakes in American history education treat slavery as just another way of life, rather than truly encapsulating the atrocity and disregards the toll it takes on an entire population of American citizens. Additionally, it helps lay the groundwork for those who argue that confederate monuments are history rather than modern support of the institution.

Germany poured concrete over their most famous oppressors nearly seven decades ago, while, in America, we still have shrines of our own.

That’s not even the worst of it. Some textbooks continue to refer to slavery as the “peculiar institution,” as opposed to a mass atrocity; some minimize the horror of slavery by referring to slaves as “workers”. Not only is it time for the United States government to enact a law that requires schools to teach the country’s history properly, but the country as whole should start treating slavery for what it was: a labor-based genocide. Since 1800, the African-American population has sextupled. Why? Because the institutionalized massacre of Black people was halted in 1865.

The day that America finally refers to the “peculiar institution” as a genocide will be the day that confederate monuments are nowhere to be seen except in Civil War museums, disremembering them as heroes. It wasn’t until this year that the city of Memphis (a majority-Black community) took down its statue of Nathan Bedford Forrest: a Confederate general, slave trader and the first leader of the Ku Klux Klan. The city had to utilize a legal loophole to avoid violating the state’s laws against the removal of these monuments.

The Sons of Confederacy and Forrest’s relatives have attempted to sue the city for millions of dollars, claiming that it violated the Tennessee Heritage Protection Act. They received assistance from the Republican-dominated state house, which decided to punish Memphis by withholding $250,000 in funding for the city’s bicentennial celebration next year. It’s understandable that Forrest’s descendants are upset with the demolition of his statue, considering that he’s family. However, just as they have to deal with the fact that their forefather was a slave-owner and Klan leader, millions of African Americans today have to grapple with the fact that their recent ancestors were slaves.

Similar to the case of the Memphis statue, Vanderbilt received Confederate Memorial Hall from the Daughters of the Confederacy in 1935. Recently, Vanderbilt had to pay the Daughters over one million dollars to remove the word “Confederate” from the Hall. Standing in the heart of Ingram Commons and housing dozens of first-years, the University took action just two years ago.

throughout the state, I’m still likely to run into statues of soldiers who defended the institution of slavery.

More than 700 Confederate statues and monuments still stand in the U.S. The city of Memphis only wanted to replace its statue with a Civil War museum or memorial. By keeping these shrines around, we forget the amount of pain and death these Confederate leaders were responsible for and reconstruct them them as our nation’s defenders. Robert E. Lee’s shrine should be replaced with one of Harriet Tubman; postage stamps with the faces of white supremacists should be discontinued. Each monument should be demolished and replaced with Civil War memorials, abolitionist statues or tributes to slaves who fought for freedom.

Luckily, since my move to Nashville, I never had to see glorifications of slavery on campus. However, throughout the state, I’m still likely to run into statues of soldiers who defended the institution of slavery. Take Sam Davis, otherwise known as the “Boy Hero of the Confederacy.” The American Nazis have used his symbol in Pulaski, Tennessee–the birthplace of the KKK. His statue stands in Centennial Park, just a few blocks from main campus. Additionally, a bust of Nathan Bedford Forrest is enshrined in the state Capitol. When unveiled in 1978, it was criticized as an “insult to Blacks.” Forty years later, through multiple protests, this statue and other shrines of the Confederacy still stand as personal insults. They memorialize people whom my ancestors were forced to call master.

Miquéla Thornton is a first-year in the College of Arts and Science. She can be reached at [email protected]