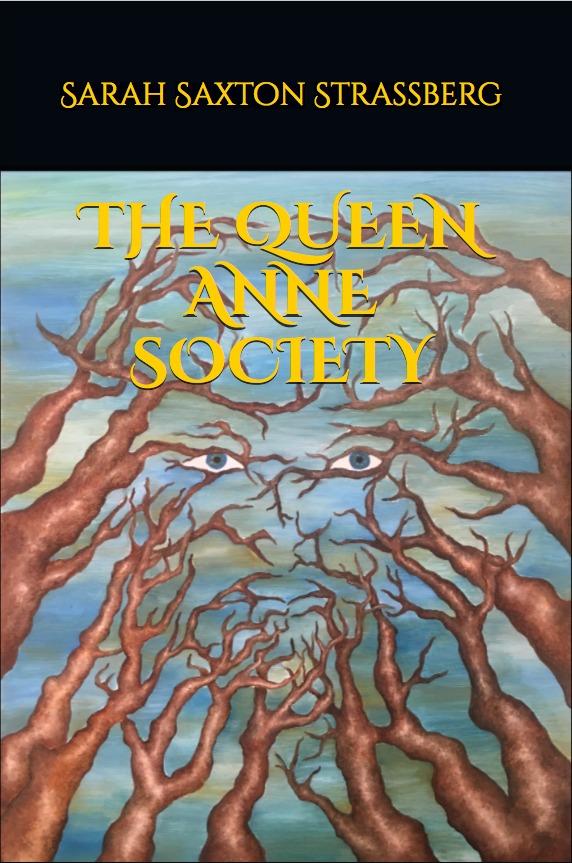 Unlike most college sophomores, Sarah Saxton Strassberg has a claim to fame: she has written, edited, designed and published her own adventure novel, The Queen Anne Society. Though the process was an adventure in and of itself, it was by no means a one-woman show. Strassberg’s novel is dedicated to her brothers, the individuals she began writing for.

Strassberg, a Vanderbilt sophomore, began her writing career with annual picture books she would make for her younger brothers. As they grew older, she decided to raise the stakes.

“There came a point where picture books were just getting a little too young for them, and I was just like, ‘I’m going to write them a novel,’” Strassberg said.

A writer for as long as she can remember, Strassberg turned years of practice and her own experiences of summer camp into a novel about three siblings who attend camp in modern-day North Carolina. Descendents of Alexander Spotswood, the Virginia governor who ordered Blackbeard’s death, the siblings embark on a journey to find the infamous pirate’s treasure. They decode messages, search for clues and have to rely on one another’s strengths to solve the ancient mystery.

Strassberg’s decision to write the novel was a three-year-long process she oversaw from start to finish. From researching to storyboarding to writing to editing to publishing to designing to distributing, Strassberg independently drove the process.

Fully committed to creating meaningful content, Strassberg would set time aside specifically to write. In her mind, a writing session was successful even if it only resulted in a couple sentences or a relevant edit, so hardly a day went by when she did not actively work on some part of the book. Strassberg would bounce ideas off of of family and friends and apply their edits to her novel dozens of times.

“There should be no boring part of the book, so I chopped, and everything that wasn’t directly related to the plot or that just didn’t move the story forward or serve some purpose, I took out. I took out maybe fifty-six pages,” Strassberg said.

Even after editing, Strassberg’s work was still cut out for her. Choosing a publishing method and deciding upon a distribution method were complicated decisions Strassberg based upon profitability models and her desire to be fully involved in the process.

“Initially I was going to publish it through an Amazon program, and I decided that that was not the route I wanted to go with,” Strassberg said. “I really wanted to start off small and have that control initially, and so I started looking for printers, because if you’re a self-publisher, you don’t look for a publisher. You look more for a printer.”

After finding a printing company and finalizing the cover art she originally began working on in high school, Strassberg’s next step was to decide how to sell.

“Typically, bookstores will ask for a 60/40 split,” Strassberg said. “You get 60 percent and they get 40 percent, so then you make slightly more. Say this book was $12.99, which is the current retail price. If I sold it to a bookstore up front, I would get $7.80 per book. Or the model of consignment selling—they would take a bunch of books and pay nothing up front, and as they would sell each book, they would pay me, but then they also reserve the right to send back any book that they don’t sell.”

Strassberg has encountered booksellers with both types of models. The Queen Anne Society has already been sold to independent bookstores in North Carolina and Virginia as a novel geared towards nine- to fourteen-year-olds, and Strassberg is also in the process of creating an online selling platform.

Although she has the workings of a sequel in mind, Strassberg believes it is more important to get The Queen Anne Society settled before beginning the next project. ‘Settling’ will involve more of the distributing process, something Strassberg plans to work on by listing the book on Amazon and hopefully creating a website. Nevertheless, she has started research for the next project.

“I have to remember, this took time, this took a lot of effort, a lot of energy,” Strassberg said. “But I’m really proud of it.”

Dedicated to her younger brothers, The Queen Anne Society holds significant personal meaning for Strassberg. On the drive back from summer camp this year, she was able to present her youngest brother with his own copy. The excitement on his face is something she will never forget.

“I know that I’m always going to be writing. It’s something that brings me a lot of joy,” Strassberg said. “I’ll keep going.”