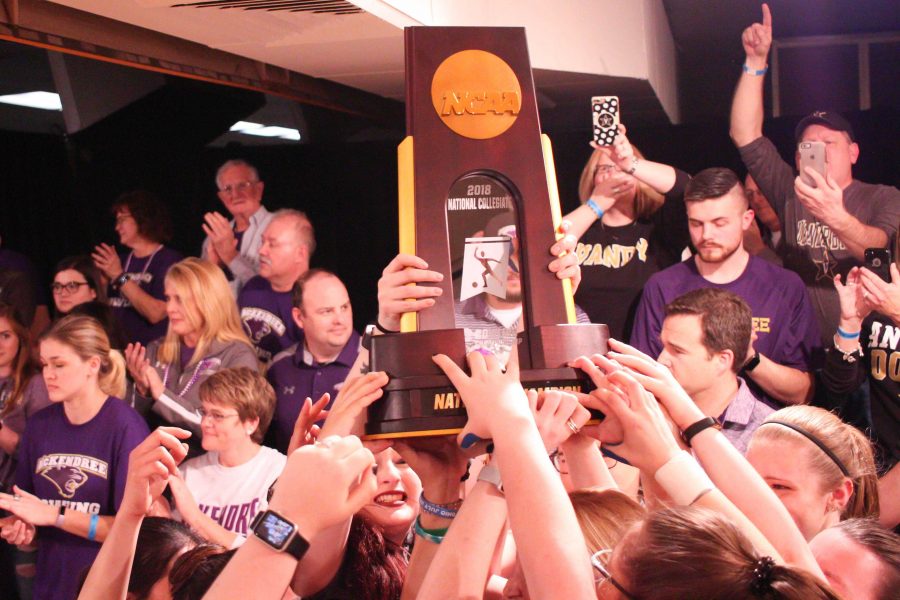 With the athletics calendar officially over, our staff looked back at the year that was and handed out our annual awards.

Take a look at who we selected as the best-of-the-best to wear the Black and Gold this year.
Dansby Swanson Male Athlete of the Year: Theo Humphrey (Men’s Golf)

A Third-Team All-American last season, Humphrey has flat-out dominated the collegiate golf season. He has been the anchor for the fourth-ranked Commodores, and was the leader of the team that went to the NCAA Tournament. As if that wasn’t enough, he followed it up with a berth in the 2018 U.S. Open at Shinnecock Hills.

His accolades speak for themselves. The junior out of Greenwich, Connecticut averaged 70.26 strokes per round, one of the best season averages in Vanderbilt history.  He was a semifinalist in the US Amateur tournament this past summer.  He finished the year as the eighth-best NCAA D1 golfer (according to GolfStat) and was named a semifinalist for golf’s prestigious Ben Hogan Award. At the conclusion of the season, he was named a PING First-Team All American, the fifth Commodore ever to receive the honor.

The prevailing factor that nets the MVP award for Humphrey lies right in the title: valuable.  Humphrey is the main reason that Vanderbilt is a contender.  He’s clinched quarterfinal and semifinal victories in the East Lake Cup, and has played the absolute best golf of his career.  It likely won’t be long before we see Humphrey as a regular on the PGA Tour, following in the footsteps of Brandt Snedeker and Luke List. –Max Schneider, assistant sports editor

The Vanderbilt Women’s Tennis Team faces off against Nebraska on Friday, January 26, 2018. (Photo by Brent Szklaruk)

It’s only fitting that Astra Sharma wins her namesake award (again) after another standout season. As a senior, Sharma has been balancing the demands of playing Grand Slam pro tournaments as an amateur and competing for Vanderbilt.

She made her Grand Slam debut at the Australian Open in January when she partnered with Belinda Woolcock in the doubles tournament. Although the Aussie duo lost in the first round to the 12th-ranked doubles pair, they fought hard.

Sharma also competed in singles in a few International Tennis Federation tournaments in the past year, winning two tournaments in Europe over the summer. She also was the runner-up in a tournament in her home country of Australia in October and another in Orlando just last month.

She is currently the 395th-ranked singles player in the world, even though she is playing pro tennis on a limited basis. Sharma, the reigning All-American and SEC player of the year, led the Commodores to the SEC regular season and tournament titles and a berth in the NCAA title match.

Even with her eye on a professional tennis career, she has continued to be dominant in college matches. Sharma boasts an 11-1 singles record, and she has not left the No.1 court all season. She was undefeated in conference play.

Sharma and Fernanda Contreras were the 22nd-ranked doubles pair in the nation, and they would likely be ranked higher if they had played more matches together.

Individually, Sharma finished the season as the nation’s top-ranked singles player. She played a pivotal role in taking Vanderbilt to the NCAA championship match and bringing that match to the wire against Stanford.

The one they call “Roo” could be a force to be reckoned with in professional tennis before long. –Betsy Goodfriend, sports reporter

Only one coach has given Vanderbilt two national titles, and that’s John Williamson.

In the early part of the last decade, Williamson left Tim Corbin’s baseball staff to coach a new bowling program. Three years later, he won the school’s first-ever national title. 11 years later, he finally got his second. This was not even Williamson’s most highly-touted group going into the season. Yet, he found a way to get the best out of them and lead them through a tough NCAA Tournament and to a dramatic win in the title match.

“We have some messages and themes and things like that that we try to instill and give them sort of a roadmap on how we think to get to where we wanted to go, but when it’s all said and done, they’re driving the car,” Williamson said after the championship. “I’m so happy for them because they’ve put in a lot of work. They’ve sacrificed a lot and now they can reap some of the rewards.”

He may deflect the credit, but he deserves plenty for guiding the program back to the promised land. Bravo, Coach Williamson. –Cutler Klein, sports editor

Martin got his first start on opening weekend against the Duke Blue Devils, and promptly began the game with a leadoff home run. From there, he hasn’t skipped a beat. He finished the season with the team’s second-best batting average, trailing only J.J. Bleday, who missed a month due to an injury. Martin also only trailed Bleday in on-base percentage.

It seemed that every week the Southeastern Conference had to juggle giving Martin the player of the week or freshman of the week distinction, because he was legitimately deserving of each. And while he has torched opposing pitching at the plate, it’s his defense that’s equally impressive. A natural shortstop, Martin has stepped out of his comfort zone, playing virtually every other position on the diamond and thriving while doing so. He’s played all three outfield positions, as well as first base, and finally third base, where he’s dazzled with a couple barehanded plays and topped it off with a hidden ball trick. Look for Martin to keep leading this team to series victories for years to come. –Max Schneider, assistant sports editor

When deciding these awards, I knew this award had to go to someone on the 2017 soccer team.

There were too many to choose from, so they all share the honor.

At the beginning of the season, Ambrose made sure to ease the players into their new roles. By the end of the season, when Vanderbilt upset Ohio State in the NCAA Tournament, the group looked like a team of seasoned veterans. Konte provided a stellar two-way game, Simmons was stellar alongside veteran Stephanie Amack on the back line, Harriott was as fast as anyone on the field, Azari provided solid minutes up front and Ellis chipped in with a clutch goal against rival Tennessee.

With seniors such as Simone Charley, Lydia Simmons and Cristina De Zeeuw gone, this stellar group will have to become leaders this season. –Cutler Klein, sports editor 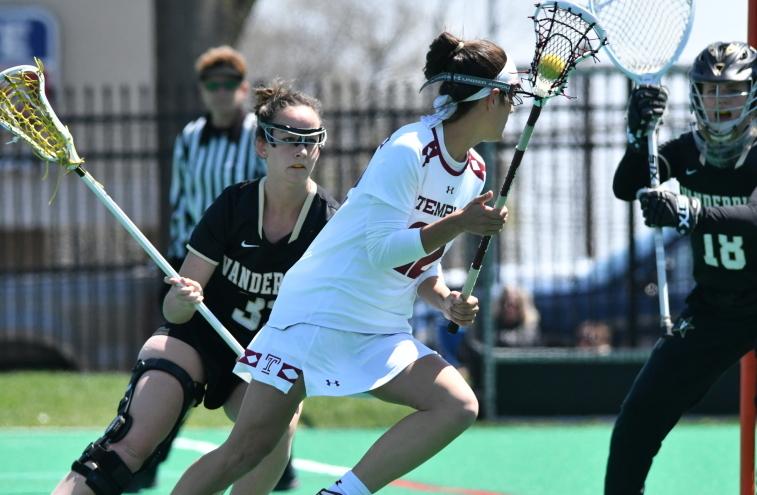 Imagine being trained as a veterinarian for years, and then suddenly being told you are doing open heart surgery on humans.

That was essentially the task facing Vanderbilt Lacrosse’s Grace Bell this season. She was recruited as a position player, and started the 2018 season as a position player. However, injuries and a myriad of other issues left the team without a keeper for a good chunk of the season.

Having never played the position before, Bell was asked to fill in. And she performed admirably in the position. Bell helped the team nearly spring an upset of sixth-ranked Florida and helped the team get to an 8-9 record despite not having a recruited, experienced goalkeeper ready to play.

That’s why we created this award and named it after Bell. She exemplified a team spirit that should be admired. For that, she is the recipient of the inaugural award named in her honor. –Cutler Klein, sports editor

It was a simpler time. It was a better time.

Before the Commodores had their season derailed by that dreaded Alabama game, the team got what seemed to be a signature win at the time with a 14-7 upset of a ranked Kansas State Wildcat team.

It wasn’t very pretty football, but a late diving touchdown by quarterback Kyle Shurmur put the Commodores up before the defense held on for the win. The win gave the Commodores a 3-0 record and put them in the discussion for a national ranking.

That discussion lasted almost exactly seven days before Alabama rolled into town and put all of that talk to bed.

You can read our recap of that game here. –Cutler Klein, sports editor
Play of the Year: Joe Toye Dunk

On Valentine’s Day, Mississippi State and Vanderbilt had been enjoying a casual game of basketball when Joe Toye suddenly decided to end the niceties.

With 7:17 left in the second half, Toye received a pass on the left baseline, took two hard dribbles to the basket, rose up off of his left foot, cocked his arm back, and slammed home the one-handed poster dunk over unlucky defender Aric Holman. Before getting back on defense, the 6-foot-7 junior took a second to stare down the 6-foot-10 Holman who had fallen down on the powerful jam.

#SECMBB Plays of the Year

Toye’s teammates on the bench jumped up out of their seats in their excitement. His dunk later earned the number three spot in the SportsCenter Top 10, and Vanderbilt went on to win the game 81-80. Stealing the heart and soul of the Mississippi State defender and winning the hearts of the crowd in Memorial Gym, Joe Toye takes the Play of the Year award for the sheer ferocity and shock of his dunk. –Will Wang, sports reporter

This has gotta hurt. pic.twitter.com/vjRsuGQKS7

Has there ever been a more accurate depiction of the Vanderbilt fan experience?

It’s only fitting that the most iconic meme about Vanderbilt should become the new namesake for our Meme of the Year Award. –Cutler Klein, sports editor